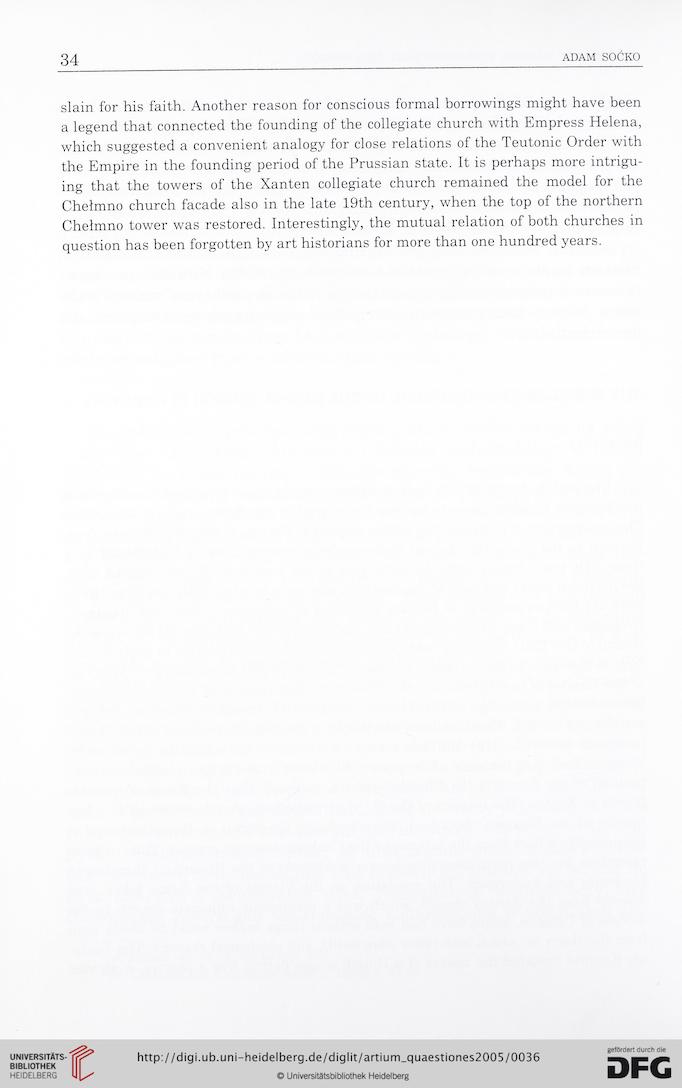 slain for his faith. Another reason for conscious formal borrowings might have been
a legend that connected the founding of the collegiate church with Empress Helena,
which suggested a convenient analogy for close relations of the Teutonic Order with
the Empire in the founding period of the Prussian State. It is perhaps morę intrigu-
ing that the towers of the Xanten collegiate church remained the model for the
Chełmno church facade also in the late 19th century, when the top of the northern
Chełmno tower was restored. Interestingly, the mutual relation of both churches in
ąuestion has been forgotten by art historians for morę than one hundred years.