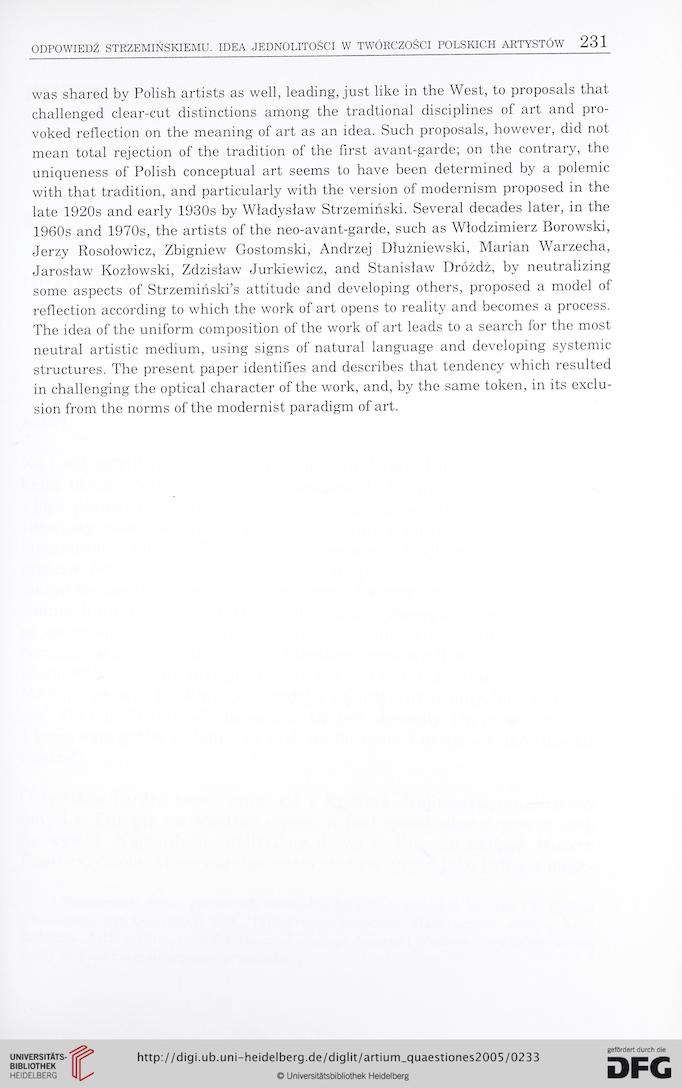 was shared by Polish artists as well, leading, just like in the West, to proposals that
challenged clear-cut distinctions among the tradtional disciplines of art and pro-
voked reflection on the meaning of art as an idea. Such proposals, however, did not
mean to tal rejection of the tradition of the first avant-garde; on the contrary, the
uniąueness of Polish conceptual art seems to have been determined by a polemic
with that tradition, and particularly with the version of modernism proposed in the
late 1920s and early 1930s by Władysław Strzemiński. Several decades later, in the
1960s and 1970s, the artists of the neo-avant-garde, such as Włodzimierz Borowski,
Jerzy Rosołowicz, Zbigniew Gostomski, Andrzej Dłużniewski, Marian Warzecha,
Jarosław Kozłowski, Zdzisław Jurkiewicz, and Stanisław Drożdż, by neutralizing
some aspects of Strzemiński^ attitude and developing others, proposed a model of
reflection according to which the work of art opens to reality and becomes a process.
The idea of the uniform composition of the work of art leads to a search for the most
neutral artistic medium, using signs of natural language and developing systemie
structures. The present paper identifies and describes that tendency which resulted
in challenging the optical character of the work, and, by the same token, in its exclu-
sion from the norms of the modernist paradigm of art.