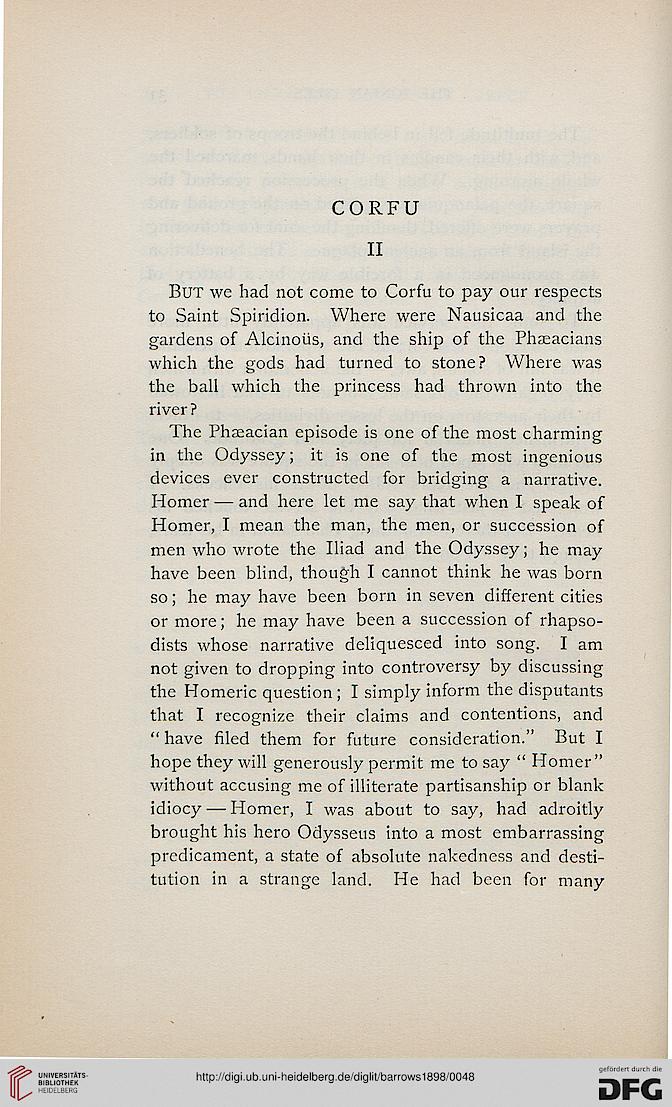 But we had not come to Corfu to pay our respects
to Saint Spiridion. Where were Nausicaa and the
gardens of Alcinous, and the ship of the Phacacians
which the gods had turned to stone? Where was
the ball which the princess had thrown into the
river ?

The Phaeacian episode is one of the most charming
in the Odyssey; it is one of the most ingenious
devices ever constructed for bridging a narrative.
Homer — and here let me say that when I speak of
Homer, I mean the man, the men, or succession of
men who wrote the Iliad and the Odyssey; he may
have been blind, though I cannot think he was born
so; he may have been born in seven different cities
or more; he may have been a succession of rhapso-
dists whose narrative deliquesced into song. I am
not given to dropping into controversy by discussing
the Homeric question ; I simply inform the disputants
that I recognize their claims and contentions, and
" have filed them for future consideration." But I
hope they will generously permit me to say " Homer"
without accusing me of illiterate partisanship or blank
idiocy — Homer, I was about to say, had adroitly
brought his hero Odysseus into a most embarrassing
predicament, a state of absolute nakedness and desti-
tution in a strange land. He had been for many