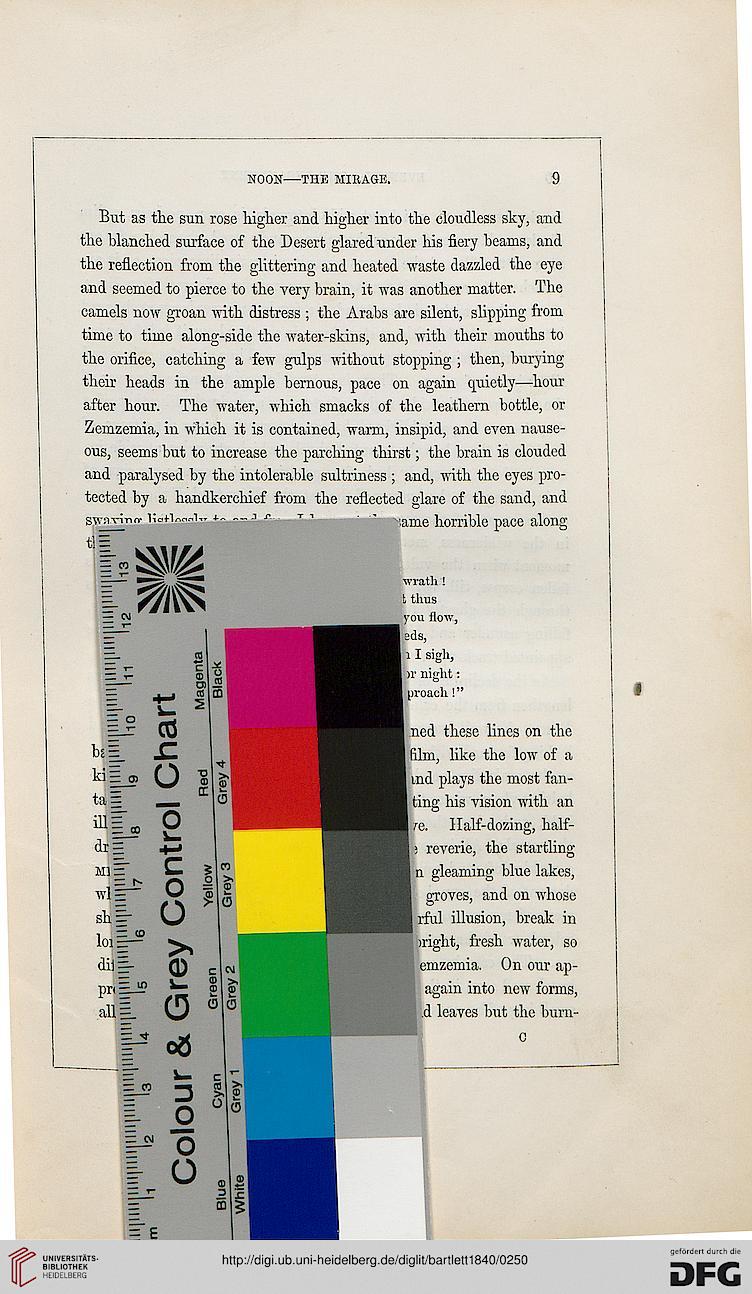 But as the sun rose higher and higher into the cloudless sky, and
the blanched surface of the Desert glared under his fiery beams, and
the reflection from the glittering and heated waste dazzled the eye
and seemed to pierce to the very brain, it was another matter. The
camels now groan with distress ; the Arabs are silent, slipping from
time to time along-side the water-skins, and, with their mouths to
the orifice, catching a few gulps without stopping ; then, burying
their heads in the ample bernous, pace on again quietly—hour
after hour. The water, which smacks of the leathern bottle, or
Zemzemia, in which it is contained, warm, insipid, and even nause-
ous, seems but to increase the parching thirst; the brain is clouded
and paralysed by the intolerable sultriness ; and, with the eyes pro-
tected by a handkerchief from the reflected glare of the sand, and
swsvvTTir* Ko+i™«Ur t.-----j-c t, -same horrible pace along

ned these lines on the
film, like the low of a
md plays the most fan-
ting his vision with an
re. Half-dozing, half-
| reverie, the startling
u gleaming blue lakes,
groves, and on whose
rful illusion, break in
[right, fresh water, so
emzemia. On our ap-
again into new forms,
d leaves but the burn-