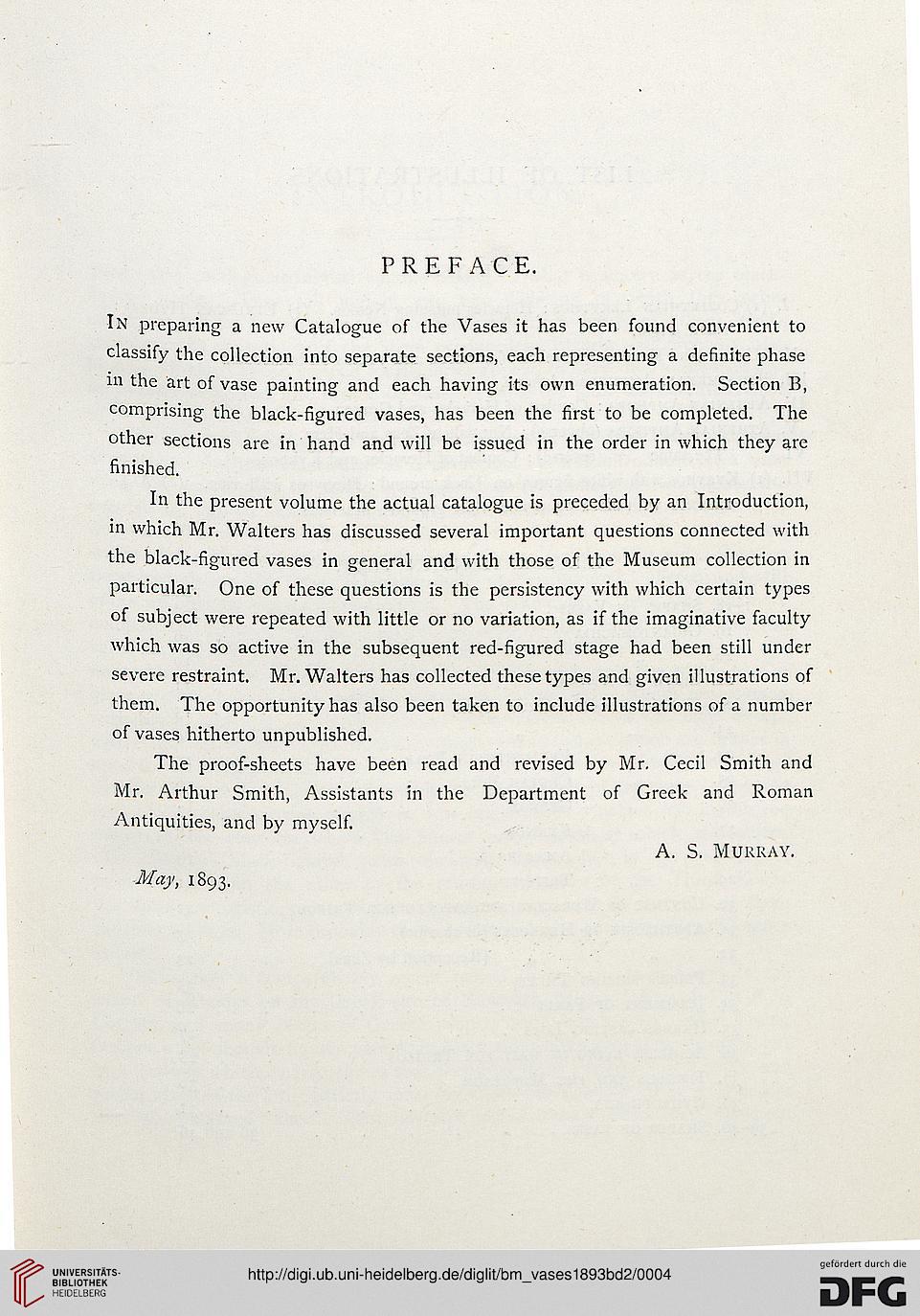 In preparing a new Catalogue of the Vases it has been found convenient to
classify the collection into separate sections, each representing a definite phase
in the art of vase painting and each having its own enumeration. Section B,
comprising the black-figured vases, has been the first to be completed. The
other sections are in hand and will be issued in the order in which they are
finished.

In the present volume the actual catalogue is preceded by an Introduction,
in which Mr. Walters has discussed several important questions connected with
the black-figured vases in general and with those of the Museum collection in
particular. One of these questions is the persistency with which certain types
of subject were repeated with little or no variation, as if the imaginative faculty
which was so active in the subsequent red-figured stage had been still under
severe restraint. Mr. Walters has collected these types and given illustrations of
them. The opportunity has also been taken to include illustrations of a number
of vases hitherto unpublished.

The proof-sheets have been read and revised by Mr. Cecil Smith and
Mr. Arthur Smith, Assistants in the Department of Greek and Roman
Antiquities, and by myself.