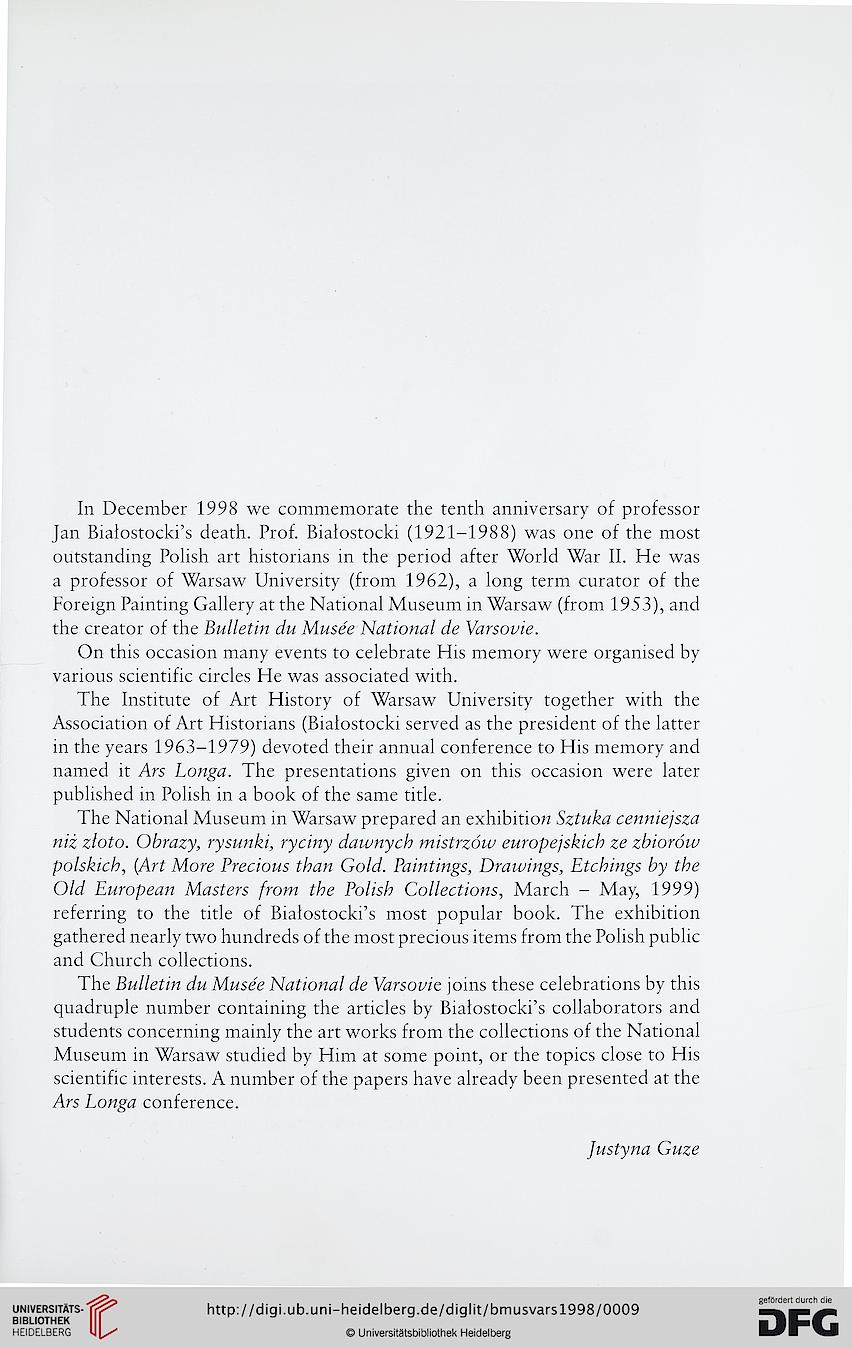 Information about OCR text
In December 1998 we commemorate the tenth anniversary of professor
Jan Białostockie death. Prof. Białostocki (1921-1988) was one of the most
outstanding Polish art historians in the period after World War II. He was
a professor of Warsaw Unwersity (from 1962), a long term curator of the
Foreign Painting Gallery at the National Museum in Warsaw (from 1953), and
the creator of the Bulletin du Musee National de Varsovie.

On this occasion many events to celebrate His memory were organised by
various scientific circles He was associated with.

The Institute of Art History of Warsaw University together with the
Association of Art Historians (Białostocki served as the president of the latter
in the years 1963-1979) devoted their annual conference to His memory and
named it Ars Longa. The presentations given on this occasion were later
published in Polish in a book of the same title.

The Bulletin du Musee National de Varsovie joins these celebrations by this
ąuadruple number contaimng the articles by BialostockPs collaborators and
students concerning mainly the art works from the collections of the National
Museum in Warsaw studied by Him at some point, or the topics close to His
scientific interests. A number of the papers have already been presented at the
Ars Longa conference.