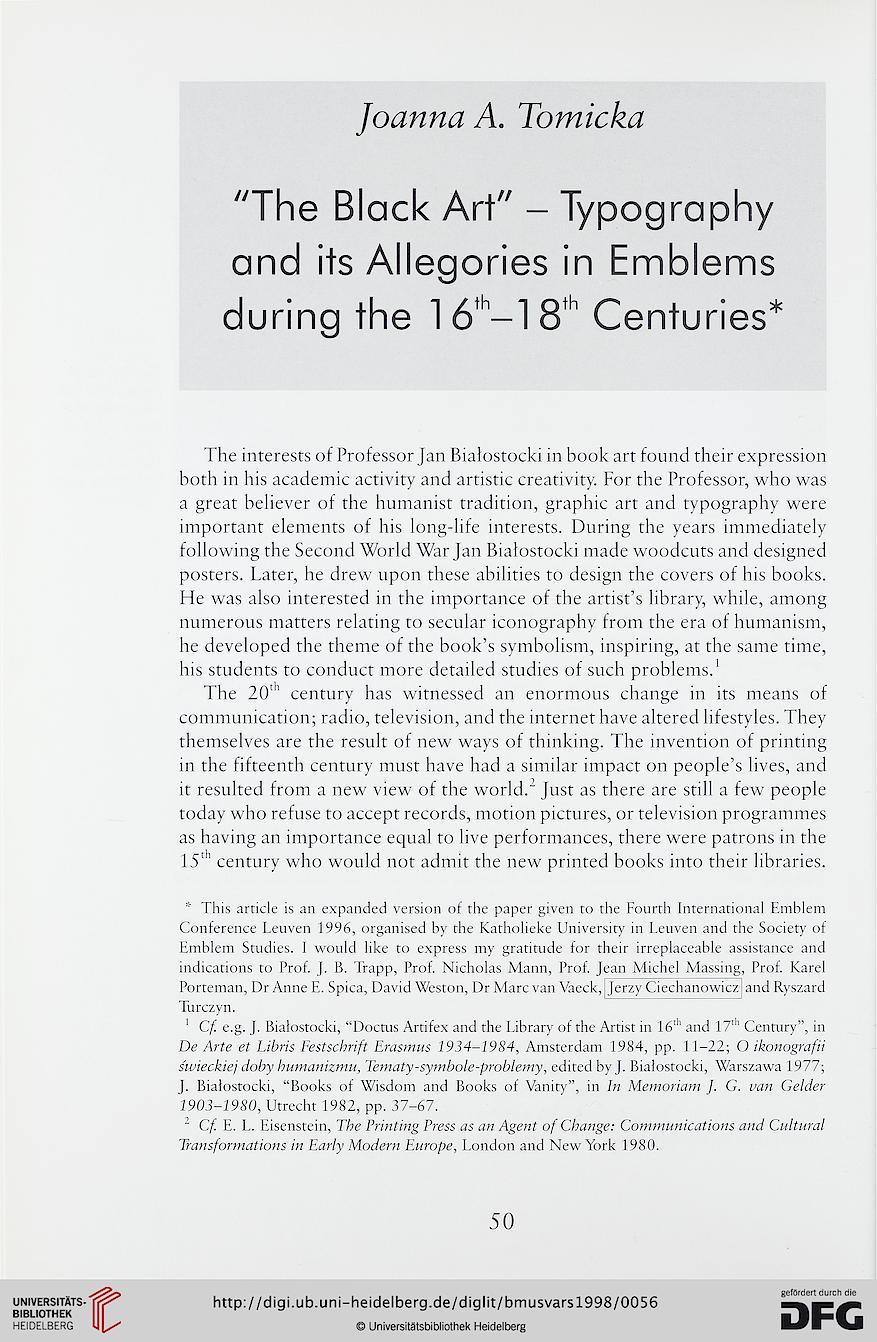 The interests of Professor Jan Białostocki in book art found their expression
both in his academic activity and artistic creativity. For the Professor, who was
a great believer of the humanist tradition, graphic art and typography were
important elements of his long-life interests. During the years immediately
following the Second World War Jan Białostocki madę woodcuts and designed
posters. Later, he drew upon these abilities to design the covers of his books.
He was also interested in the importance of the artist’s library, while, among
numerous matters relating to secular iconography from the era of humanism,
he developed the theme of the book’s symbolism, inspiring, at the same time,
his students to conduct morę detailed studies of such problems.1

The 20th century has witnessed an enormous change in its means of
communication; radio, television, and the internet have altered lifestyles. They
themselves are the result of new ways of thinking. The invention of printing
in the fifteenth century must have had a simiłar impact on people’s lives, and
it resulted from a new view of the world.2 Just as there are still a few people
today who refuse to accept records, motion pictures, or television programmes
as having an importance eąual to live performances, there were patrons in the
15th century who would not admit the new printed books into their libraries.

* This article is an expanded version of the paper given to the Fourth International Emblem
Conference Leuven 1996, organised by the Katholieke University in Leuven and the Society of
Emblem Studies. I would like to express my gratitude for their irrepłaceable assistance and
indications to Prof. J. B. Trapp, Prof. Nicholas Mann, Prof. Jean Michel Massing, Prof. Kareł
Porteman, Dr Annę E. Spica, David Weston, Dr Marc van Vaeck, Jerzy Ciechanowicz and Ryszard
Turczyn.