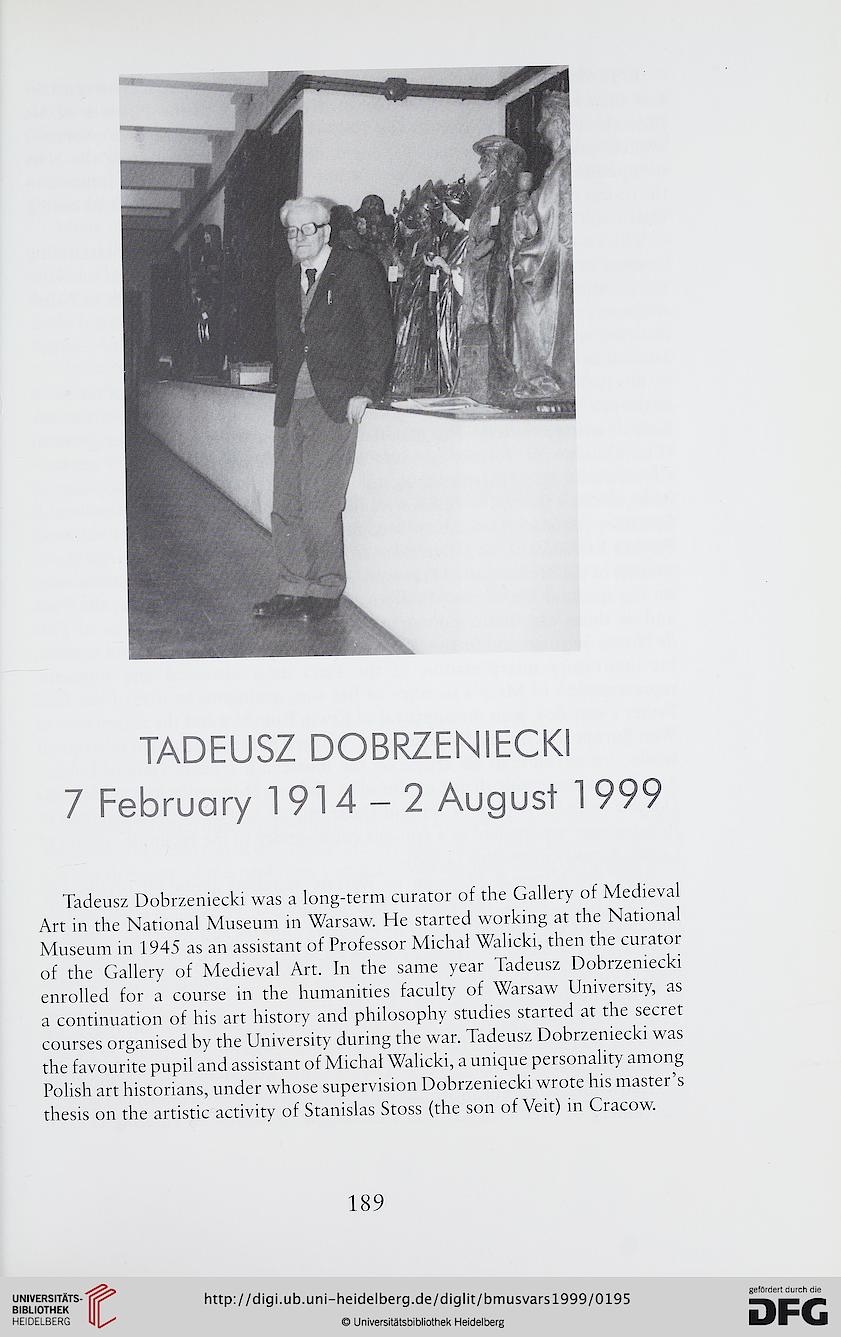 Tadeusz Dobrzeniecki was a long-term curator of the Gallery of Medieval
Art in the National Museum in Warsaw. He started working at the National
Museum in 1945 as an assistant of Professor Michał Walicki, then the curator
of the Gallery of Medieval Art. In the same year Tadeusz Dobrzeniecki
enrolled for a course in the humanities faculty of Warsaw University, as
a continuation of his art history and philosophy studies started at the secret
courses organised by the University during the war. Tadeusz Dobrzeniecki was
the favourite pupil and assistant of Michał Walicki, a uniąue personahty among
Polish art historians, under whose supervision Dobrzeniecki wrote his master’s
thesis on the artistic activity of Stanislas Stoss (the son of Yeit) in Cracow.