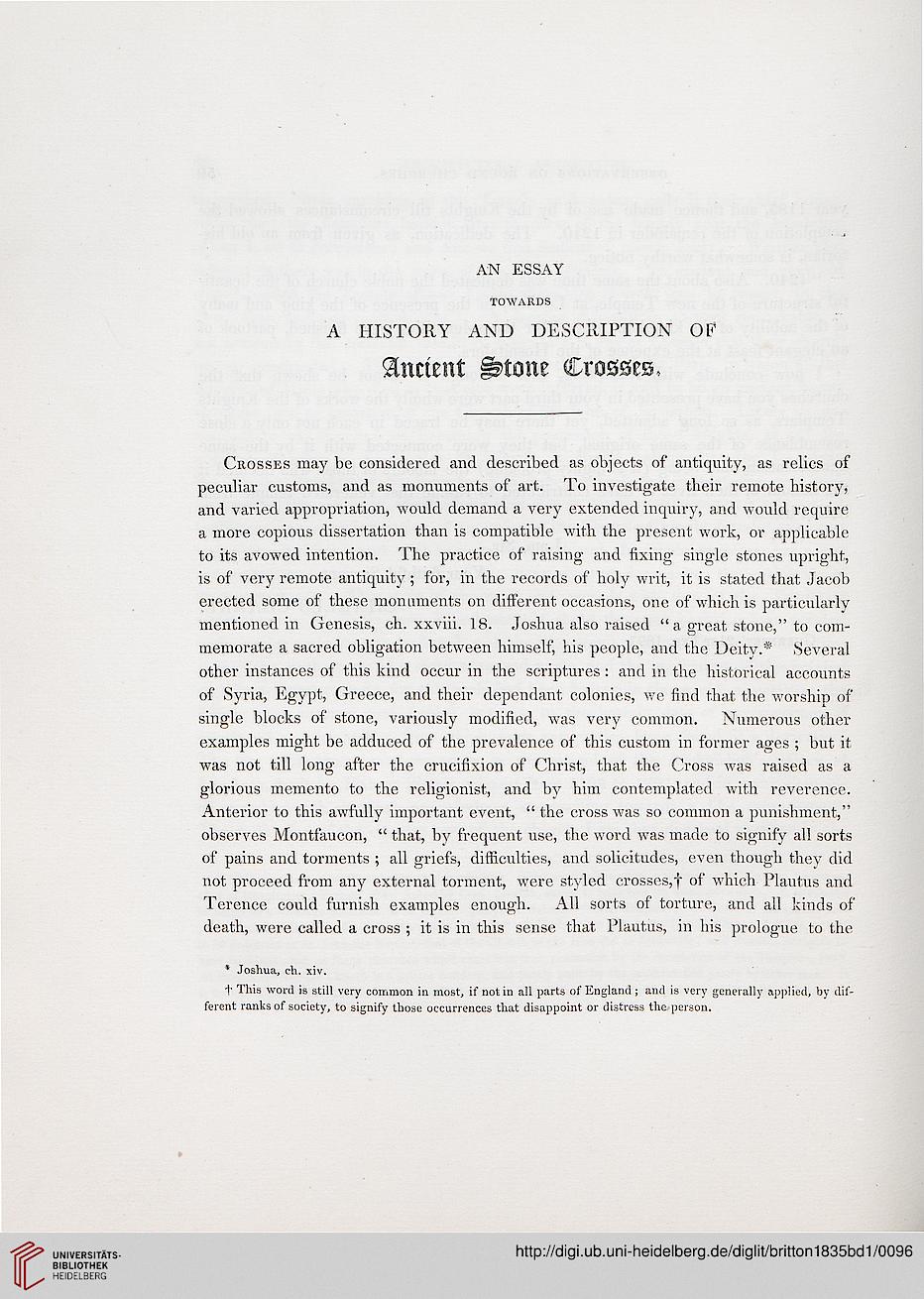 A HISTORY AND DESCRIPTION OF

Crosses may be considered and described as objects of antiquity, as relics of
peculiar customs, and as monuments of art. To investigate their remote history,
and varied appropriation, would demand a very extended inquiry, and would require
a more copious dissertation than is compatible with the present work, or applicable
to its avowed intention. The practice of raising and fixing single stones upright,
is of very remote antiquity ; for, in the records of holy writ, it is stated that Jacob
erected some of these monuments on different occasions, one of which is particularly
mentioned in Genesis, ch. xxviii. 18. Joshua also raised " a great stone," to com-
memorate a sacred obligation between himself, his people, and the Deity.* Several
other instances of this kind occur in the scriptures : and in the historical accounts
of Syria, Egypt, Greece, and their dependant colonies, we find that the worship of
single blocks of stone, variously modified, was very common. Numerous other
examples might be adduced of the prevalence of this custom in former ages ; but it
was not till long after the crucifixion of Christ, that the Cross was raised as a
glorious memento to the religionist, and by him contemplated with reverence.
Anterior to this awfully important event, " the cross was so common a punishment,"
observes Montfaucon, " that, by frequent use, the word was made to signify all sorts
of pains and torments ; all griefs, difficulties, and solicitudes, even though they did
not proceed from any external torment, were styled crosses,f of which Plautus and
Terence could furnish examples enough. All sorts of torture, and all kinds of
death, were called a cross ; it is in this sense that Plautus, in his prologue to the

f This word is still very common in most, if not in all parts of England ; and is very generally applied, by dif-
ferent ranks of society, to signify those occurrences that disappoint or distress the person.