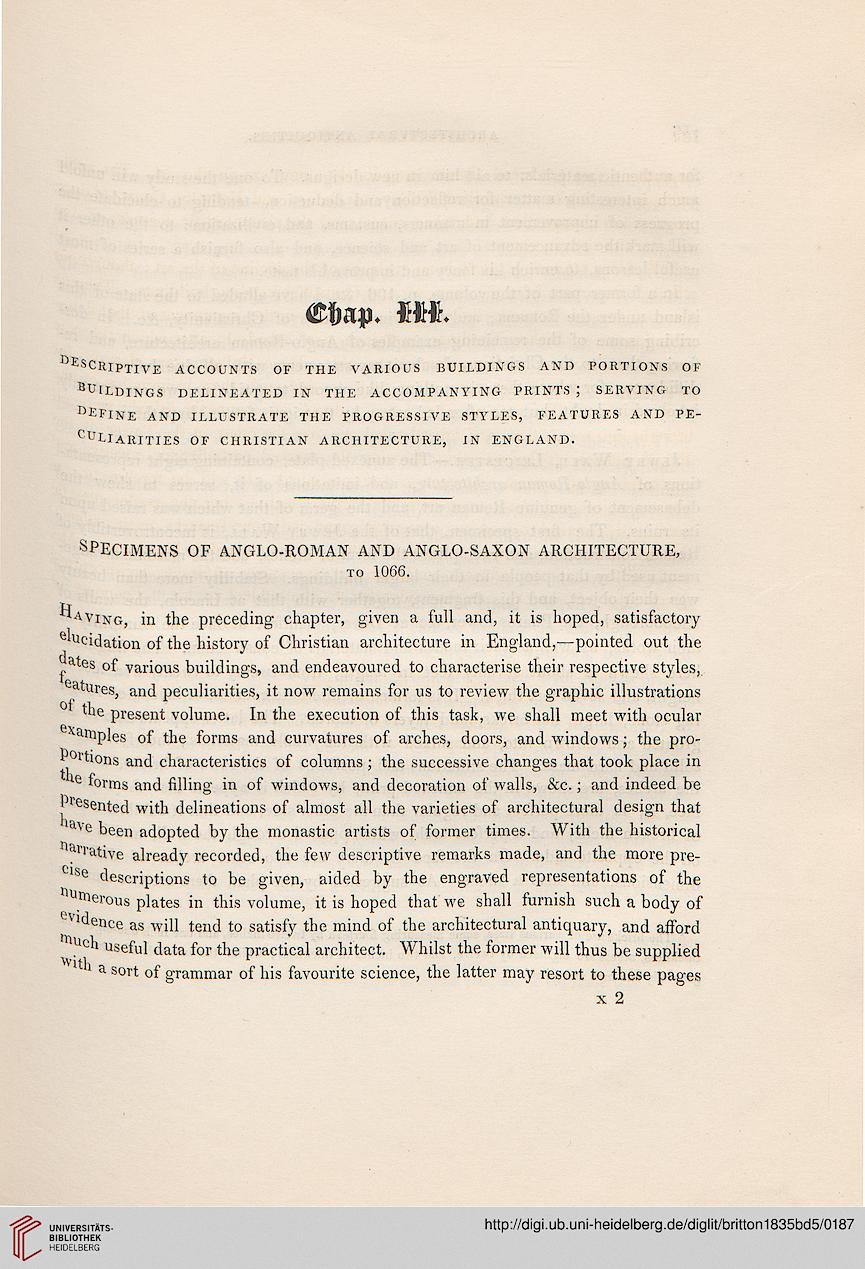 ^CRipxjvj. ACCOUNTS OF THE VARIOUS BUILDINGS AND PORTIONS OF
BuILDINGS DELINEATED IN THE ACCOMPANYING PRINTS ; SERVING TO
Dl;FlNE AND ILLUSTRATE THE PROGRESSIVE STYLES, FEATURES AND PE-
CuLlARITIES OF CHRISTIAN ARCHITECTURE, IN ENGLAND.

SPECIMENS OF ANGLO-ROMAN AND ANGLO-SAXON ARCHITECTURE,

^aving, in the preceding chapter, given a full and, it is hoped, satisfactory
Nidation of the history of Christian architecture in England,—pointed out the
^ates of various buildings, and endeavoured to characterise their respective styles,

eatures, and peculiarities, it now remains for us to review the graphic illustrations
0 the present volume. In the execution of this task, we shall meet with ocular
exarnples of the forms and curvatures of arches, doors, and windows; the pro-
Potions and characteristics of columns ; the successive changes that took place in
forms and filling in of windows, and decoration of walls, &c.; and indeed be
resented with delineations of almost all the varieties of architectural design that

aye been adopted by the monastic artists of former times. With the historical
narrative already recorded, the few descriptive remarks made, and the more pre-
ClSe descriptions to be given, aided by the engraved representations of the
numerous plates in this volume, it is hoped that we shall furnish such a body of
ev'dence as will tend to satisfy the mind of the architectural antiquary, and afford
much useful data for the practical architect. Whilst the former will thus be supplied
Wltu a sort of grammar of his favourite science, the latter may resort to these pages