Buchanan, Francis
A Journey from Madras through the countries of Mysore, Canara and Malabar ... (Band 2) — London, 1807 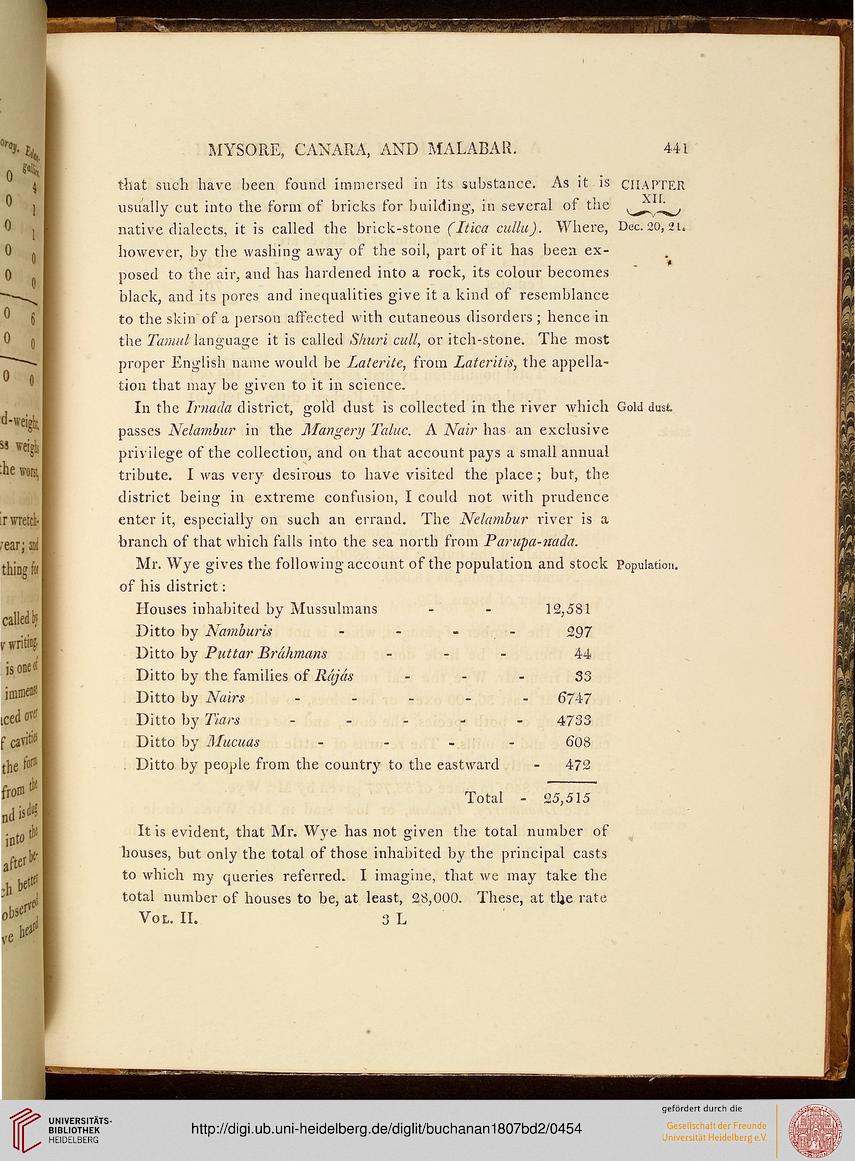 As it is CHAPTER
xi r.

that such have been found immersed in its substance
usually cut into the form of bricks for building, in several of the
native dialects, it is called the brick-stone (Itica cullu). Where, Dec. 20, 2L
however, by the washing away of the soil, part of it has been ex-
posed to the air, and has hardened into a rock, its colour becomes
black, and its pores and inequalities give it a kind of resemblance
to the skin of a person affected with cutaneous disorders ; hence in
the TamuUlanguage it is called Shuri cull, or itch-stone. The most
proper English name would be Laterite, from Lateritis, the appella-
tion that may be given to it in science.

In the Irnada district, gold dust is collected in the river which Gold dust,
passes Nelambur in the Mangery Tdluc. A Nair has an exclusive
privilege of the collection, and on that account pays a small annual
tribute. I was very desirous to have visited the place; but, the
district being in extreme confusion, I could not with prudence
enter it, especially on such an errand. The Nelambur river is a
branch of that which falls into the sea north from Parupa-nada.

Mr. Wye gives the following account of the population and stock Population,
of his district:

Ditto by people from the country to the eastward - 472

It is evident, that Mr. Wye has not given the total number of
houses, but only the total of those inhabited by the principal casts
to which my queries referred. I imagine, that we may take the
total number of houses to be, at least, 28,000. These, at tl}e rate