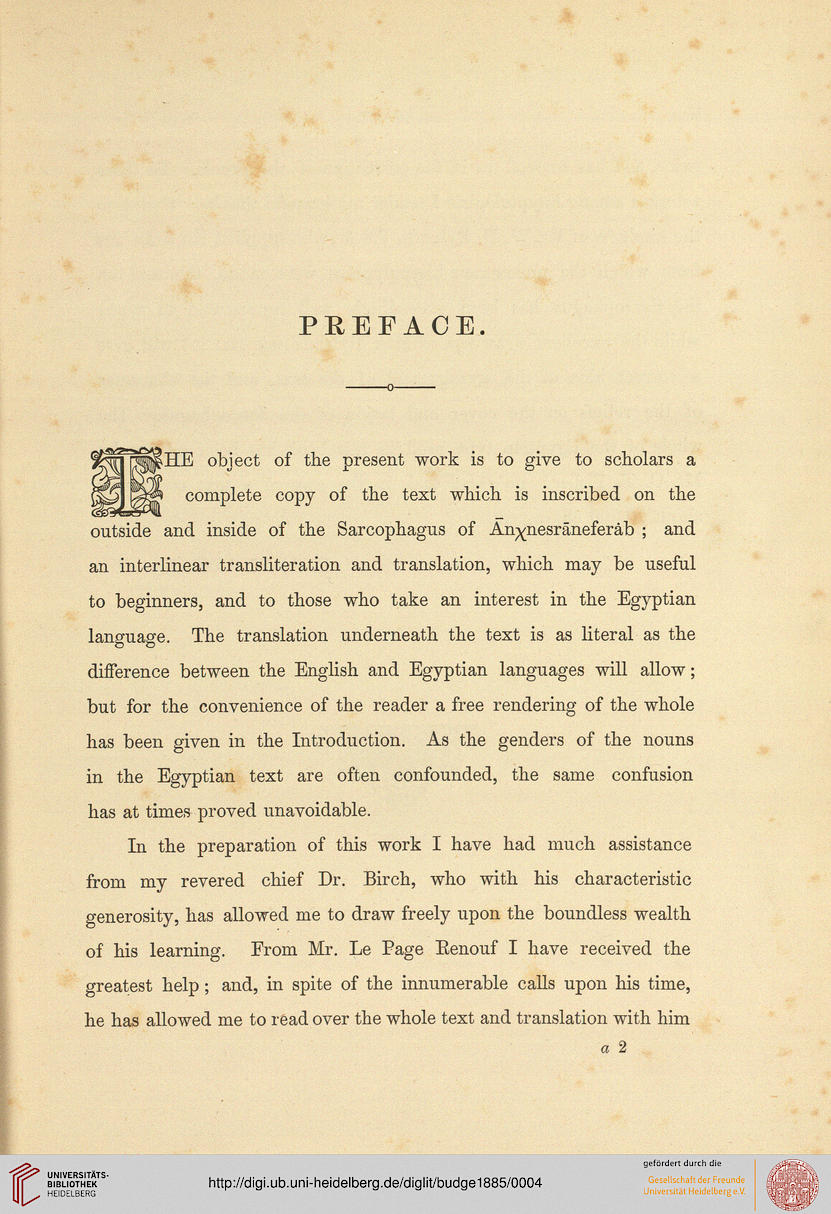 complete copy of the text which is inscribed on the

outside and inside of the Sarcophagus of An^nesraneferab ; and

an interlinear transliteration and translation, which may be useful

to beginners, and to those who take an interest in the Egyptian

language. The translation underneath the text is as literal as the

difference between the English and Egyptian languages will allow;

has been given in the Introduction. As the genders of the nouns

in the Egyptian text are often confounded, the same confusion

has at times proved unavoidable.

In the preparation of this work I have had much assistance

from my revered chief Dr. Birch, who with his characteristic

generosity, has allowed me to draw freely upon the boundless wealth

of his learning. From Mr. Le Page Eenouf I have received the

greatest help; and, in spite of the innumerable calls upon his time,