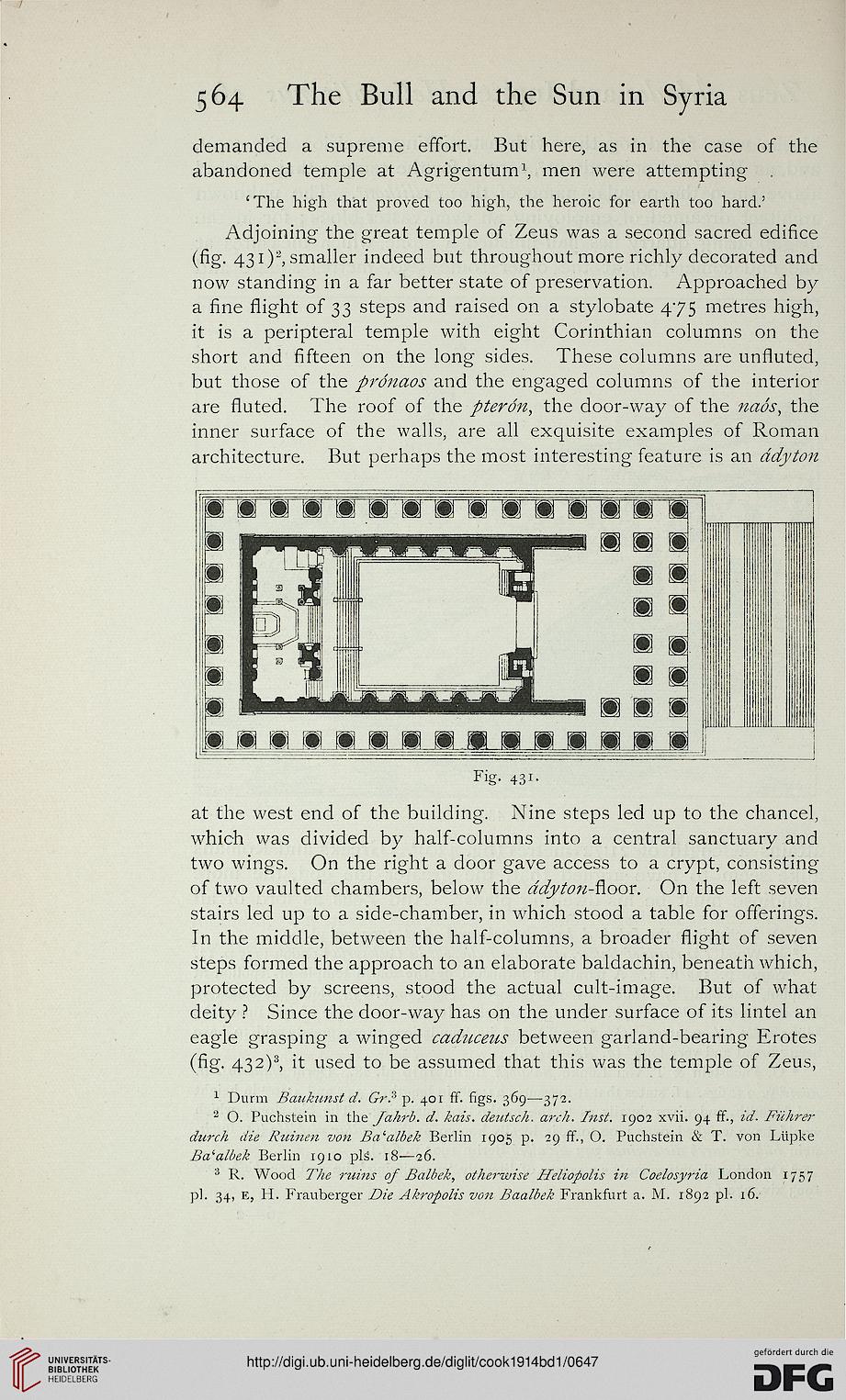 demanded a supreme effort. But here, as in the case of the
abandoned temple at Agrigentum1, men were attempting .

'The high that proved too high, the heroic for earth too hard.'

Adjoining the great temple of Zeus was a second sacred edifice
(fig. 431 )2, smaller indeed but throughout more richly decorated and
now standing in a far better state of preservation. Approached by
a fine flight of 33 steps and raised on a stylobate 475 metres high,
it is a peripteral temple with eight Corinthian columns on the
short and fifteen on the long sides. These columns are unfluted,
but those of the pronaos and the engaged columns of the interior
are fluted. The roof of the pteron, the door-way of the naos, the
inner surface of the walls, are all exquisite examples of Roman
architecture. But perhaps the most interesting feature is an ddyton

at the west end of the building. Nine steps led up to the chancel,
which was divided by half-columns into a central sanctuary and
two wings. On the right a door gave access to a crypt, consisting
of two vaulted chambers, below the ddyton-Hoor. On the left seven
stairs led up to a side-chamber, in which stood a table for offerings.
In the middle, between the half-columns, a broader flight of seven
steps formed the approach to an elaborate baldachin, beneath which,
protected by screens, stood the actual cult-image. But of what
deity ? Since the door-way has on the under surface of its lintel an
eagle grasping a winged caduceus between garland-bearing Erotes
(fig. 432)3, it used to be assumed that this was the temple of Zeus,