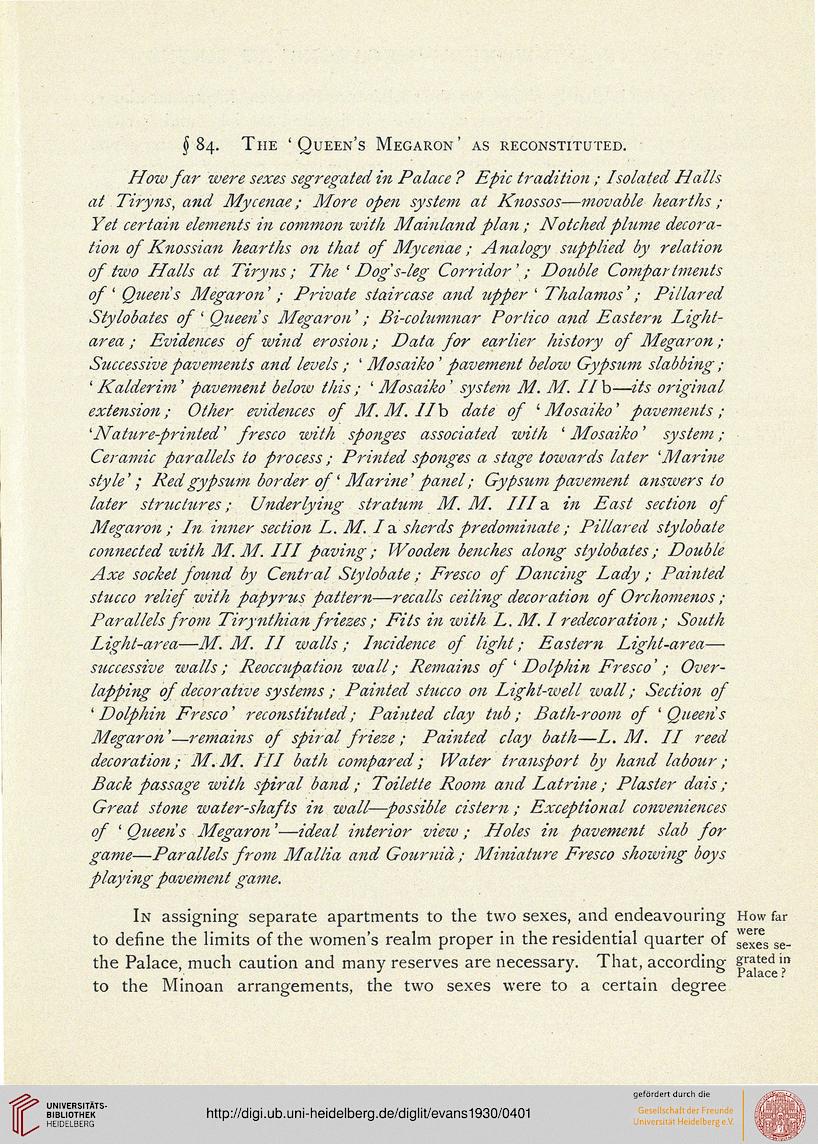 Information about OCR text
$84. The 'Queen's Megaron' as reconstituted.

In assigning separate apartments to the two sexes, and endeavouring How far
to define the limits of the women's realm proper in the residential quarter of ™xes se_
the Palace, much caution and many reserves are necessary. That, according grated >n
to the Minoan arrangements, the two sexes were to a certain degree