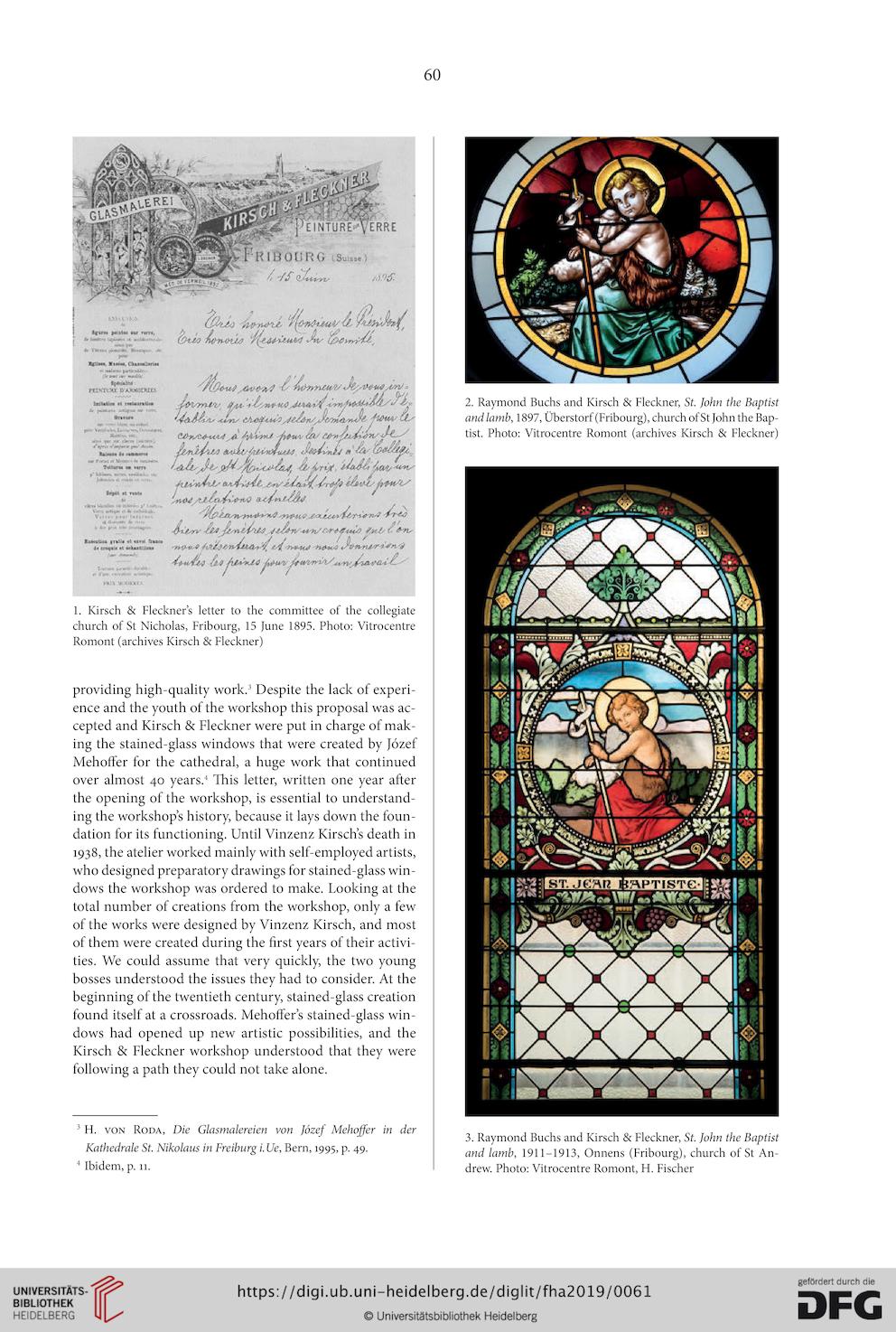 providing high-quality work.3 Despite the lack of experi-
ence and the youth of the workshop this proposal was ac-
cepted and Kirsch & Fleckner were put in charge of mak-
ing the stained-glass windows that were created by Józef
Mehoffer for the cathedral, a huge work that continued
over almost 40 years.4 This letter, written one year after
the opening of the workshop, is essential to understand-
ing the workshops history, because it lays down the foun-
dation for its functioning. Until Vinzenz Kirschs death in
1938, the atelier worked mainly with self-employed artists,
who designed preparatory drawings for stained-glass win-
dows the workshop was ordered to make. Looking at the
total number of creations from the workshop, only a few
of the works were designed by Vinzenz Kirsch, and most
of them were created during the first years of their activi-
ties. We could assume that very quickly, the two young
bosses understood the issues they had to consider. At the
beginning of the twentieth century, stained-glass creation
found itself at a crossroads. Mehoffer s stained-glass win-
dows had opened up new artistic possibilities, and the
Kirsch & Fleckner workshop understood that they were
following a path they could not take alone.