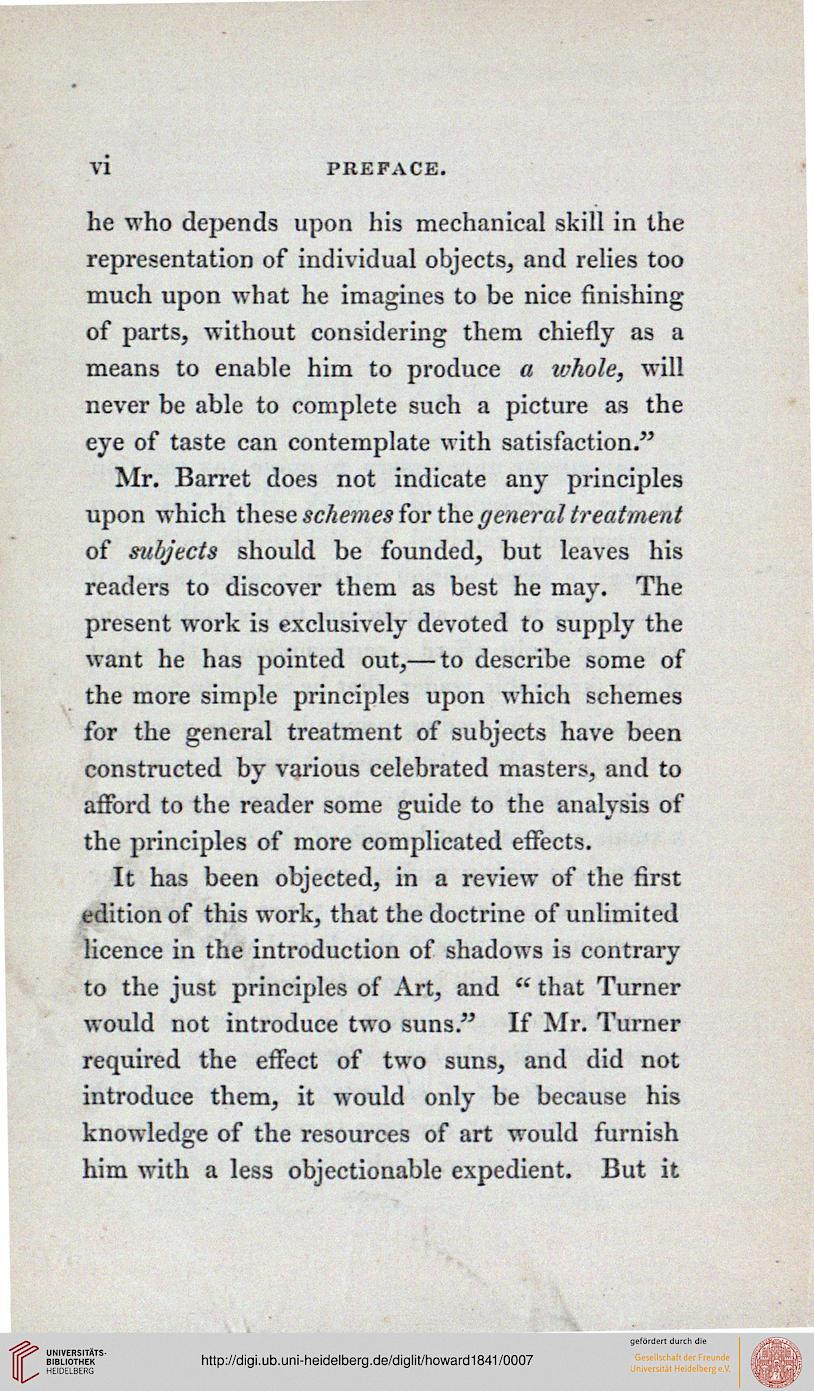 he who depends upon his mechanical skill in the
representation of individual objects, and relies too
much upon what he imagines to be nice finishing
of parts, without considering them chiefly as a
means to enable him to produce a whole, will
never be able to complete such a picture as the
eye of taste can contemplate with satisfaction."

Mr. Barret does not indicate any principles
upon which these schemes for the general treatment
of subjects should be founded, but leaves his
readers to discover them as best he may. The
present work is exclusively devoted to supply the
want he has pointed out,— to describe some of
the more simple principles upon which schemes
for the general treatment of subjects have been
constructed by various celebrated masters, and to
afford to the reader some guide to the analysis of
the principles of more complicated effects.

It has been objected, in a review of the first
edition of this work, that the doctrine of unlimited
licence in the introduction of shadows is contrary
to the just principles of Art, and " that Turner
would not introduce two suns/' If Mr. Turner
required the effect of two suns, and did not
introduce them, it would only be because his
knowledge of the resources of art would furnish
him with a less objectionable expedient. But it