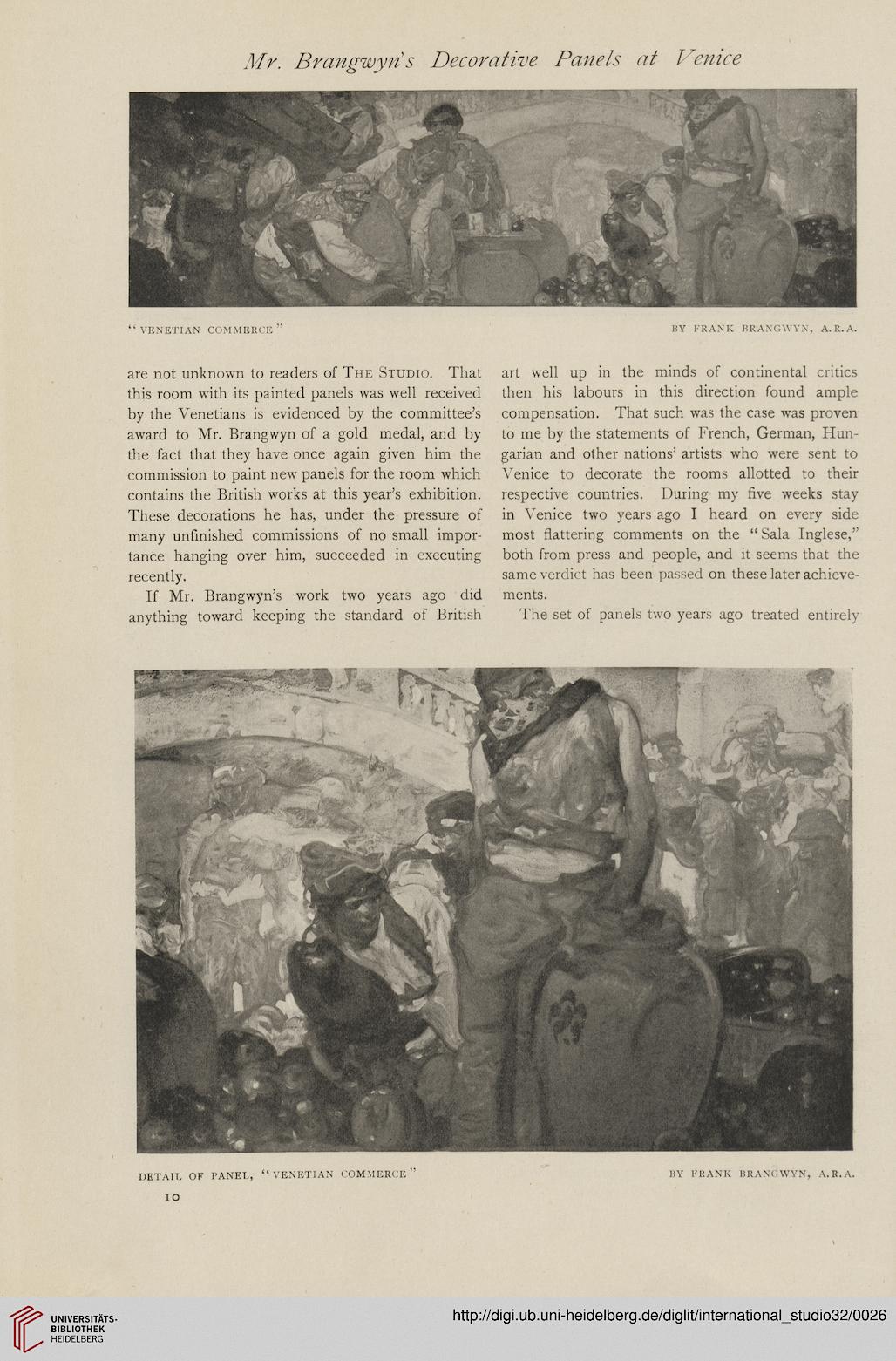 are not unknown to readers of The Studio. That
this room with its painted panels was well received
by the Venetians is evidenced by the committee’s
award to Mr. Brangwyn of a gold medal, and by
the fact that they have once again given him the
commission to paint new panels for the room which
contains the British works at this year’s exhibition.
These decorations he has, under the pressure of
many unfinished commissions of no small impor-
tance hanging over him, succeeded in executing
recently.

If Mr. Brangwyn’s work two years ago did
anything toward keeping the standard of British

art well up in the minds of continental critics
then his labours in this direction found ample
compensation. That such was the case was proven
to me by the statements of French, German, Hun-
garian and other nations’ artists who were sent to
Venice to decorate the rooms allotted to their
respective countries. During my five weeks stay
in Venice two years ago I heard on every side
most flattering comments on the “ Sala Inglese,”
both from press and people, and it seems that the
same verdict has been passed on these later achieve-
ments.

The set of panels two years ago treated entirely

DETAIL OF PANEL, (i VENETIAN COMMERCE”