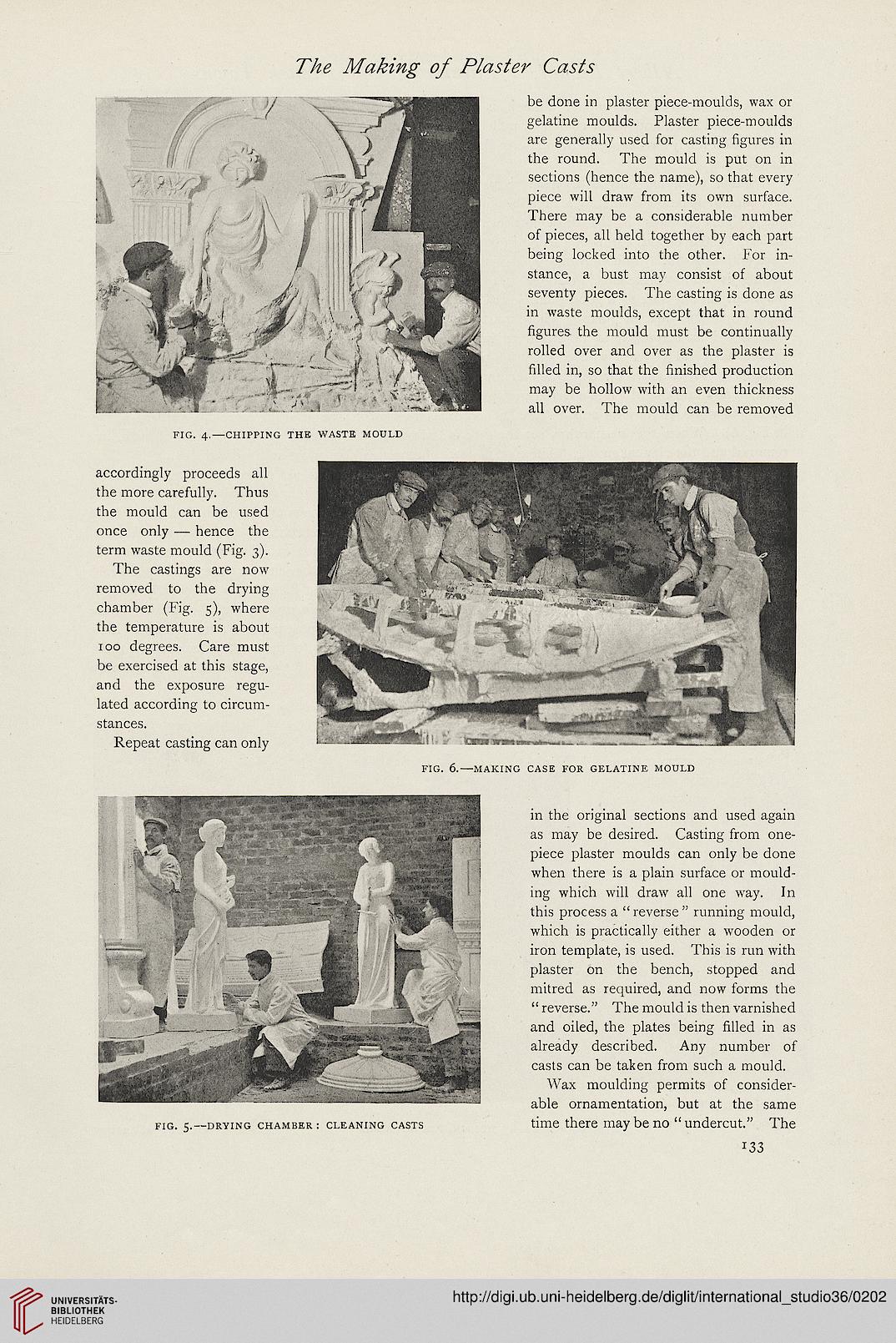 Information about OCR text
be done in plaster piece-mouids, wax or
geiatine mouids. Piaster piece-moulds
are generalty used for casting figures in
the round. The mould is put on in
sections (hence the name), so that every
piece wiH draw from its own surface.
There may be a constderable number
of pieces, all held together by each part
being locked into the other. For in-
stance, a bust may consist of about
seventy pieces. The casting is done as
in waste moulds, except that in round
hgures the mould must be continually
rolled over and over as the plaster is
hlled in, so that the hnished production
may be hollow with an even thickness
all over. The mould can be removed

accordingly proceeds all
the more carefully. Thus
the mould can be used
once only — hence the
term waste mould (Fig. 3).
The castings are now
removed to the drying
chamber (Fig. g), where
the temperature is about
100 degrees. Care must
be exercised at this stage,
and the exposure regu-
lated according to circum-
stances.
Repeat casting can only
FtG. 6.—MAKtNG CASE FOR GELATINE MOULD


in the original sections and used again
as may be desired. Casting from one-
piece plaster moulds can only be done
when there is a plain surface or mould-
ing which will draw all one way. In
this process a "reverse" running mould,
which is practically either a wooden or
iron template, is used. This is run with
plaster on the bench, stopped and
mitred as required, and now forms the
" reverse." The mould is then varnished
and oiled, the plates being htled in as
already described. Any number of
casts can be taken frorn such a mould.
Wax moulding permits of consider-
able ornamentation, but at the same
tirne there may be no " undercut." The
133