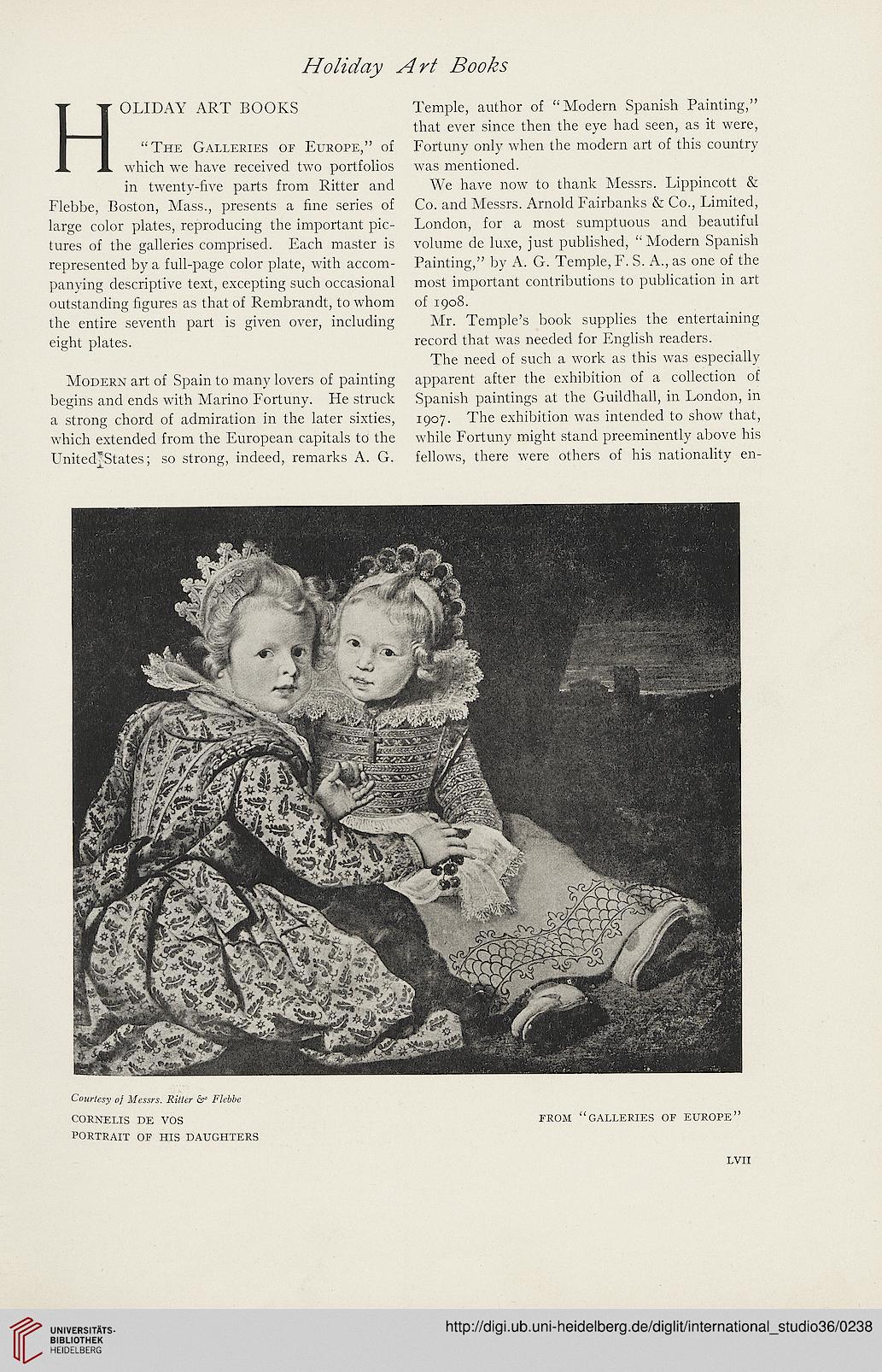 y y OLIDAY ART BOOKS
"THE GALLERIES OF EuROPE," of
-A. which we have received two portfolios
in twenty-hve parts from Ritter and
Flebbe, Boston, Mass., presents a hne series of
iarge coior plates, reproducing the important pic-
tures of the galleries comprised. Each master is
represented by a fuli-page color piate, with accom-
panying descriptive text, excepting such occasionai
outstanding hgures as that of Rembrandt, to whom
the entire seventh part is given over, inciuding
eight piates.

MoDERN art of Spain to many lovers of painting
begins and ends with Marino Fortuny. He struck
a strong chord of admiration in the iater sixties,
which extended from the European capitals to the
United?States; so strong, indeed, remarks A. G.

Temple, author of "Modern Spanish Painting,"
that ever since then the eye had seen, as it were,
Fortuny oniy when the modern art of this country
was mentioned.
We have now to thank Messrs. Lippincott &
Co. and Messrs. Arnold Fairbanks & Co., Limited,
London, for a most sumptuous and beautifui
voiume de luxe, just published, "Modern Spanish
Painting," by A. G. Temple, F. S. A., as one of the
most important contributions to pubiication in art
of ipo8.
Mr. Temple's book supplies the entertaining
record that was needed for English readers.
The need of such a work as this was especially
apparent after the exhibition of a collection of
Spanish paintings at the Guildhall, in London, in
1907. The exhibition was intended to show that,
while Fortuny might stand preeminently above his
fellows, there were others of his nationality en-


FROM "GALLERIES OF EUROPE"