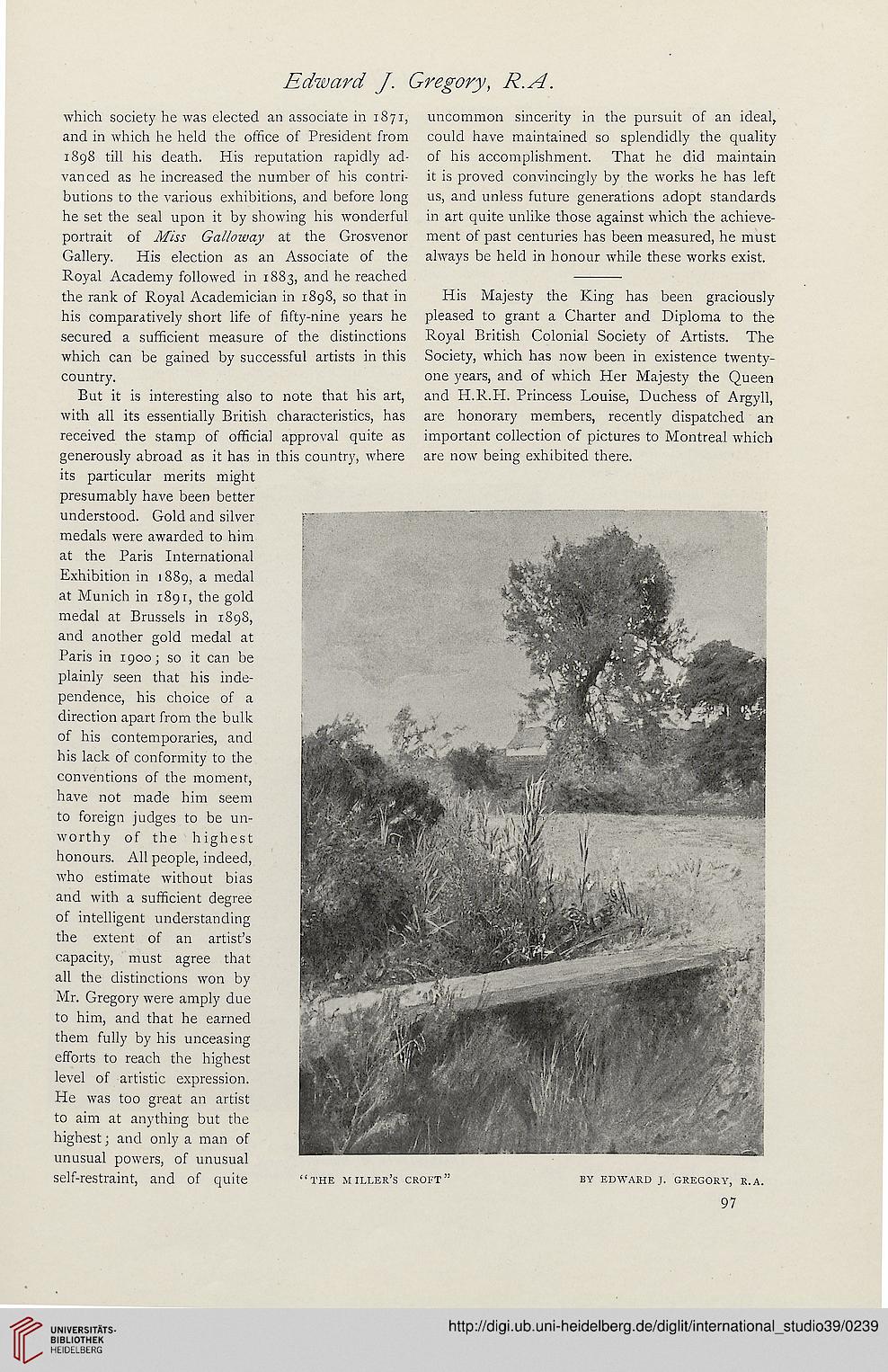 which society he was elected an associate in 1871, uncommon sincerity in the pursuit of an ideal,

1898 till his death. His reputation rapidly ad- of his accomplishment. That he did maintain

butions to the various exhibitions, and before long us, and unless future generations adopt standards

portrait of Miss Galloway at the Grosvenor ment of past centuries has been measured, he must

Gallery. His election as an Associate of the always be held in honour while these works exist.

Royal Academy followed in 1883, and he reached -

the rank of Royal Academician in 1898, so that in His Majesty the King has been graciously
his comparatively short life of fifty-nine years he pleased to grant a Charter and Diploma to the
secured a sufficient measure of the distinctions Royal British Colonial Society of Artists. The
which can be gained by successful artists in this Society, which has now been in existence twenty-
country, one years, and of which Her Majesty the Queen
But it is interesting also to note that his art, and H.R.H. Princess Louise, Duchess of Argyll,
with all its essentially British characteristics, has are honorary members, recently dispatched an
received the stamp of official approval quite as important collection of pictures to Montreal which
generously abroad as it has in this country, where are now being exhibited there,
its particular merits might
presumably have been better
understood. Gold and silver
medals were awarded to him
at the Paris International
Exhibition in 1889, a medal
at Munich in 1891, the gold
medal at Brussels in 1898,
and another gold medal at
Paris in 1900; so it can be
plainly seen that his inde-
pendence, his choice of a
direction apart from the bulk
of his contemporaries, and
his lack of conformity to the
conventions of the moment,
have not made him seem
to foreign judges to be un-
worthy of the highest
honours. All people, indeed,
who estimate without bias
and with a sufficient degree
of intelligent understanding
the extent of an artist's
capacity, must agree that
all the distinctions won by
Mr. Gregory were amply due
to him, and that he earned
them fully by his unceasing
efforts to reach the highest
level of artistic expression.
He was too great an artist
to aim at anything but the
highest; and only a man of
unusual powers, of unusual
self-restraint, and of quite "the miller's croft" by edward j. Gregory, r.a.