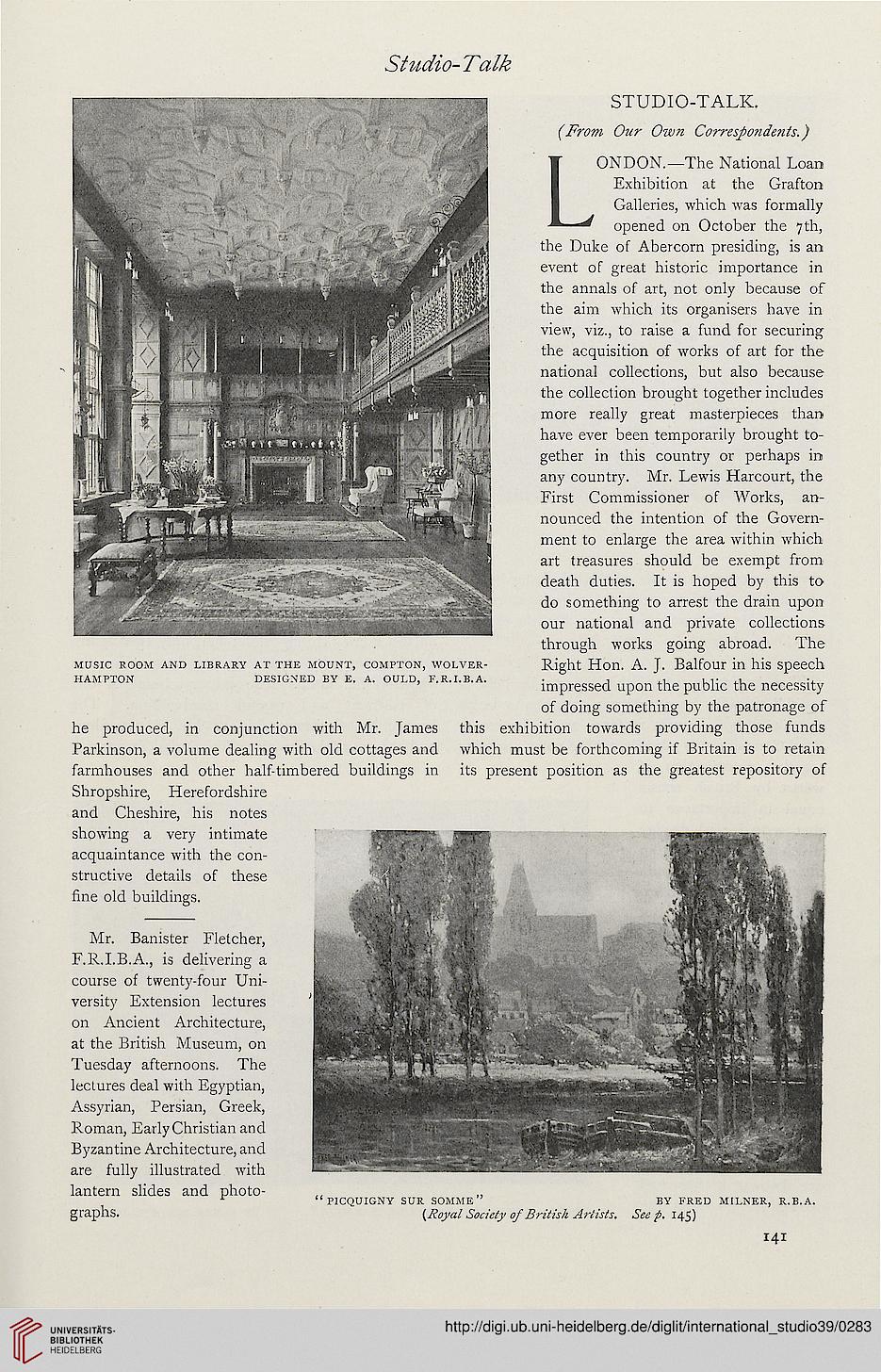 ONDON.—The National Loan
Exhibition at the Grafton
Galleries, which was formally
opened on October the 7th,
the Duke of Abercorn presiding, is an
event of great historic importance in
the annals of art, not only because of
the aim which its organisers have in
view, viz., to raise a fund for securing
the acquisition of works of art for the
national collections, but also because
the collection brought together includes
more really great masterpieces than
have ever been temporarily brought to-
gether in this country or perhaps in
any country. Mr. Lewis Harcourt, the
First Commissioner of Works, an-
nounced the intention of the Govern-
ment to enlarge the area within which
art treasures should be exempt from
death duties. It is hoped by this to
do something to arrest the drain upon
our national and private collections-
through works going abroad. The
music room and library at the mount, compton, wolver- Right Hon. A. J. Balfour in his speech

impressed upon the public the necessity
of doing something by the patronage of
he produced, in conjunction with Mr. James this exhibition towards providing those funds
Parkinson, a volume dealing with old cottages and which must be forthcoming if Britain is to retain
farmhouses and other half-timbered buildings in its present position as the greatest repository of
Shropshire, Herefordshire
and Cheshire, his notes
showing a very intimate
acquaintance with the con-
structive details of these
fine old buildings.