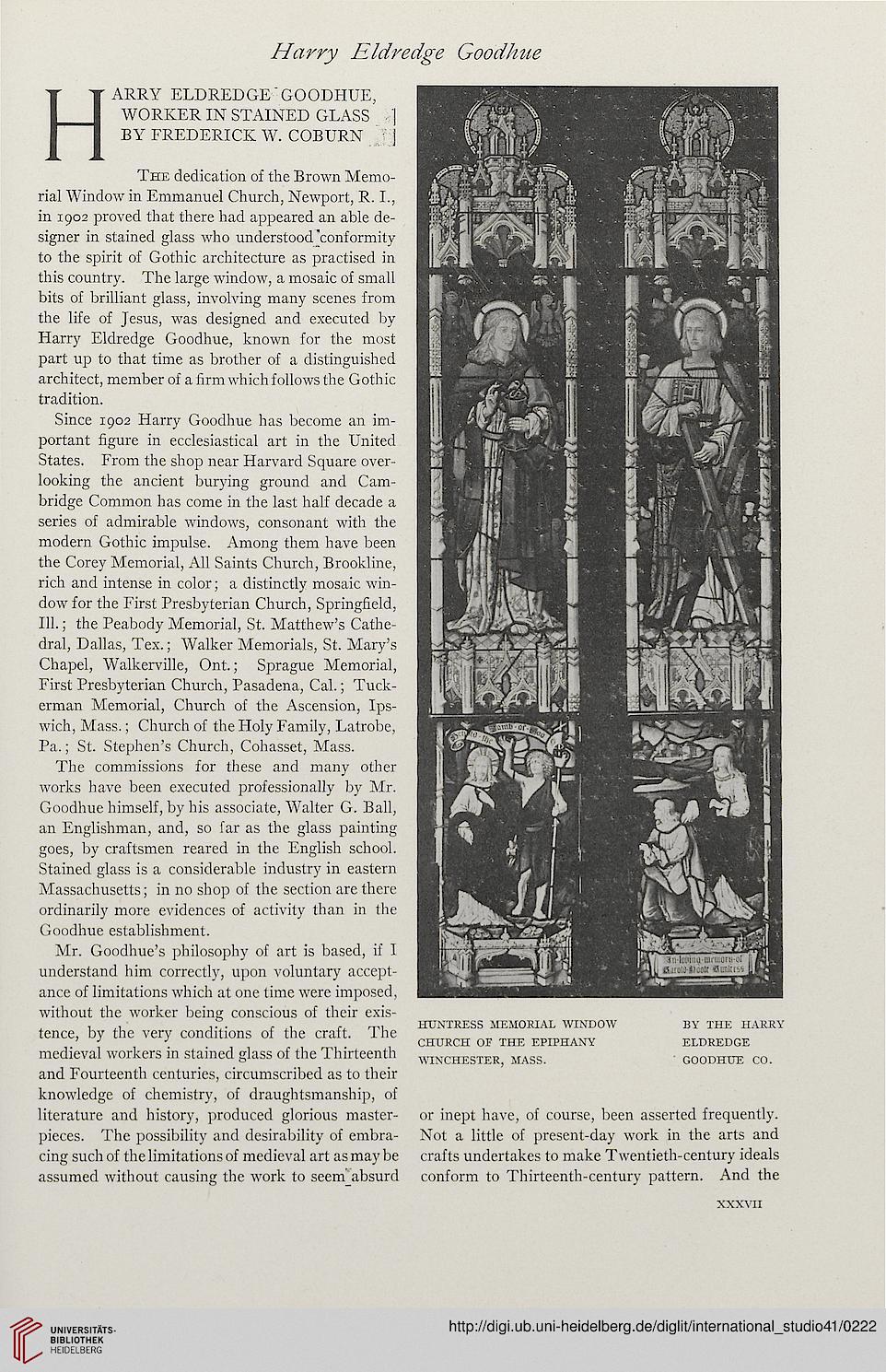 The dedication of the Brown Memo-
rial Window in Emmanuel Church, Newport, R. I.,
in 1902 proved that there had appeared an able de-
signer in stained glass who understood "conformity
to the spirit of Gothic architecture as practised in
this country. The large window, a mosaic of small
bits of brilliant glass, involving many scenes from
the life of Jesus, was designed and executed by
Harry Eldredge Goodhue, known for the most
part up to that time as brother of a distinguished
architect, member of a firm which follows the Gothic
tradition.

The commissions for these and many other
works have been executed professionally by Mr.
Goodhue himself, by his associate, Walter G. Ball,
an Englishman, and, so far as the glass painting
goes, by craftsmen reared in the English school.
Stained glass is a considerable industry in eastern
Massachusetts; in no shop of the section are there
ordinarily more evidences of activity than in the
Goodhue establishment.

Mr. Goodhue's philosophy of art is based, if I
understand him correctly, upon voluntary accept-
ance of limitations which at one time were imposed,
without the worker being conscious of their exis-
tence, by the very conditions of the craft. The
medieval workers in stained glass of the Thirteenth
and Fourteenth centuries, circumscribed as to their
knowledge of chemistry, of draughtsmanship, of
literature and history, produced glorious master-
pieces. The possibility and desirability of embra-
cing such of the limitations of medieval art as may be
assumed without causing the work to seemabsurd

huntress memorial window by the harry

or inept have, of course, been asserted frequently.
Not a little of present-day work in the arts and
crafts undertakes to make Twentieth-century ideals
conform to Thirteenth-century pattern. And the