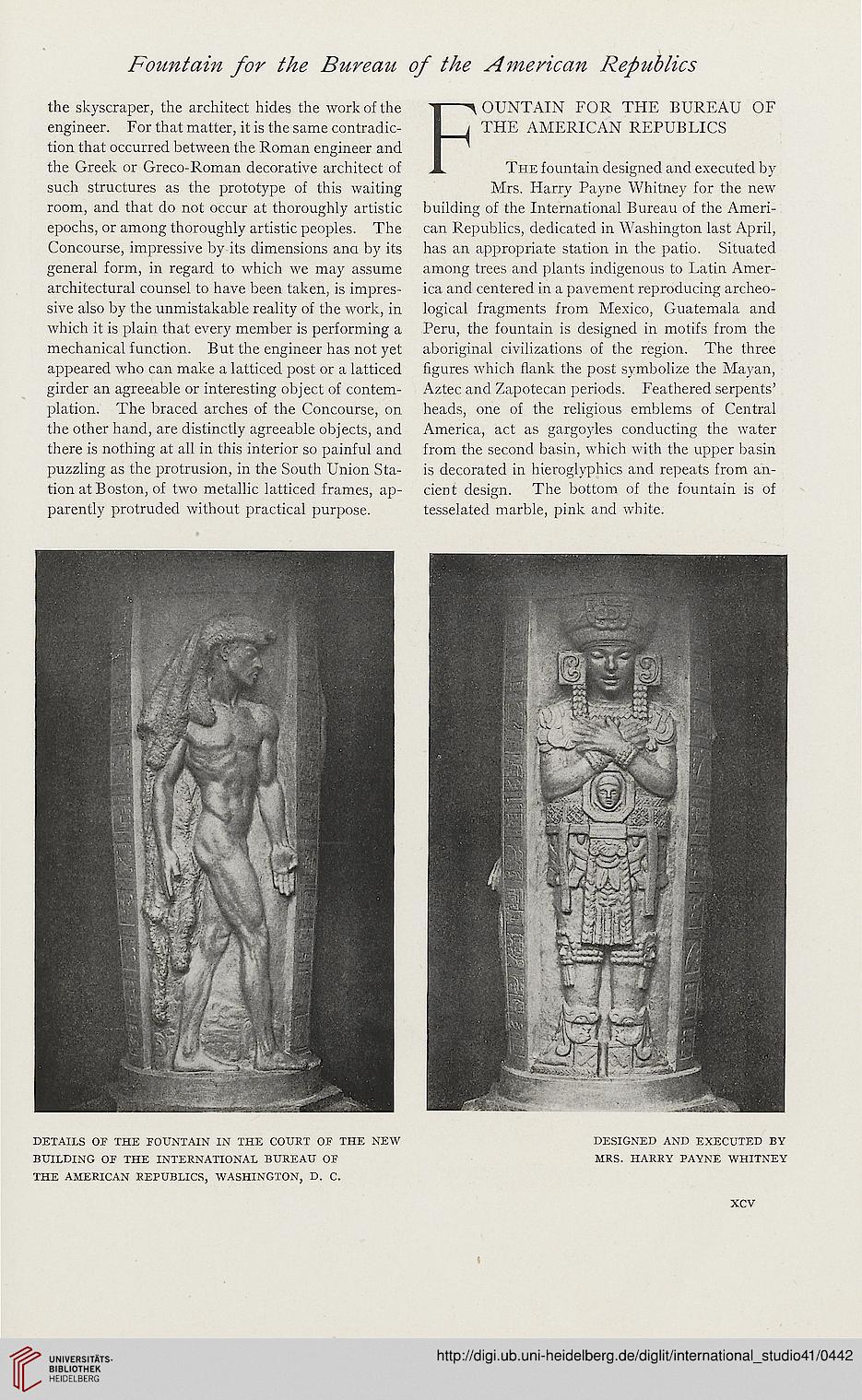 the skyscraper, the architect hides the work of the
engineer. For that matter, it is the same contradic-
tion that occurred between the Roman engineer and
the Greek or Greco-Roman decorative architect of
such structures as the prototype of this waiting
room, and that do not occur at thoroughly artistic
epochs, or among thoroughly artistic peoples. The
Concourse, impressive by its dimensions ana by its
general form, in regard to which we may assume
architectural counsel to have been taken, is impres-
sive also by the unmistakable reality of the work, in
which it is plain that every member is performing a
mechanical function. But the engineer has not yet
appeared who can make a latticed post or a latticed
girder an agreeable or interesting object of contem-
plation. The braced arches of the Concourse, on
the other hand, are distinctly agreeable objects, and
there is nothing at all in this interior so painful and
puzzling as the protrusion, in the South Union Sta-
tion at Boston, of two metallic latticed frames, ap-
parently protruded without practical purpose.

details of the fountain in the court of the new
building of the international bureau of
the american republics, washington, d. c

FFOUNTAIN FOR THE BUREAU OF
i THE AMERICAN REPUBLICS
The fountain designed and executed by
Mrs. Harry Payne Whitney for the new
building of the International Bureau of the Ameri-
can Republics, dedicated in Washington last April,
has an appropriate station in the patio. Situated
among trees and plants indigenous to Latin Amer-
ica and centered in a pavement reproducing archeo-
logical fragments from Mexico, Guatemala and
Peru, the fountain is designed in motifs from the
aboriginal civilizations of the region. The three
figures which flank the post symbolize the Mayan,
Aztec and Zapotecan periods. Feathered serpents'
heads, one of the religious emblems of Central
America, act as gargoyles conducting the water
from the second basin, which with the upper basin
is decorated in hieroglyphics and repeats from an-
cient design. The bottom of the fountain is of
tesselated marble, pink and white.