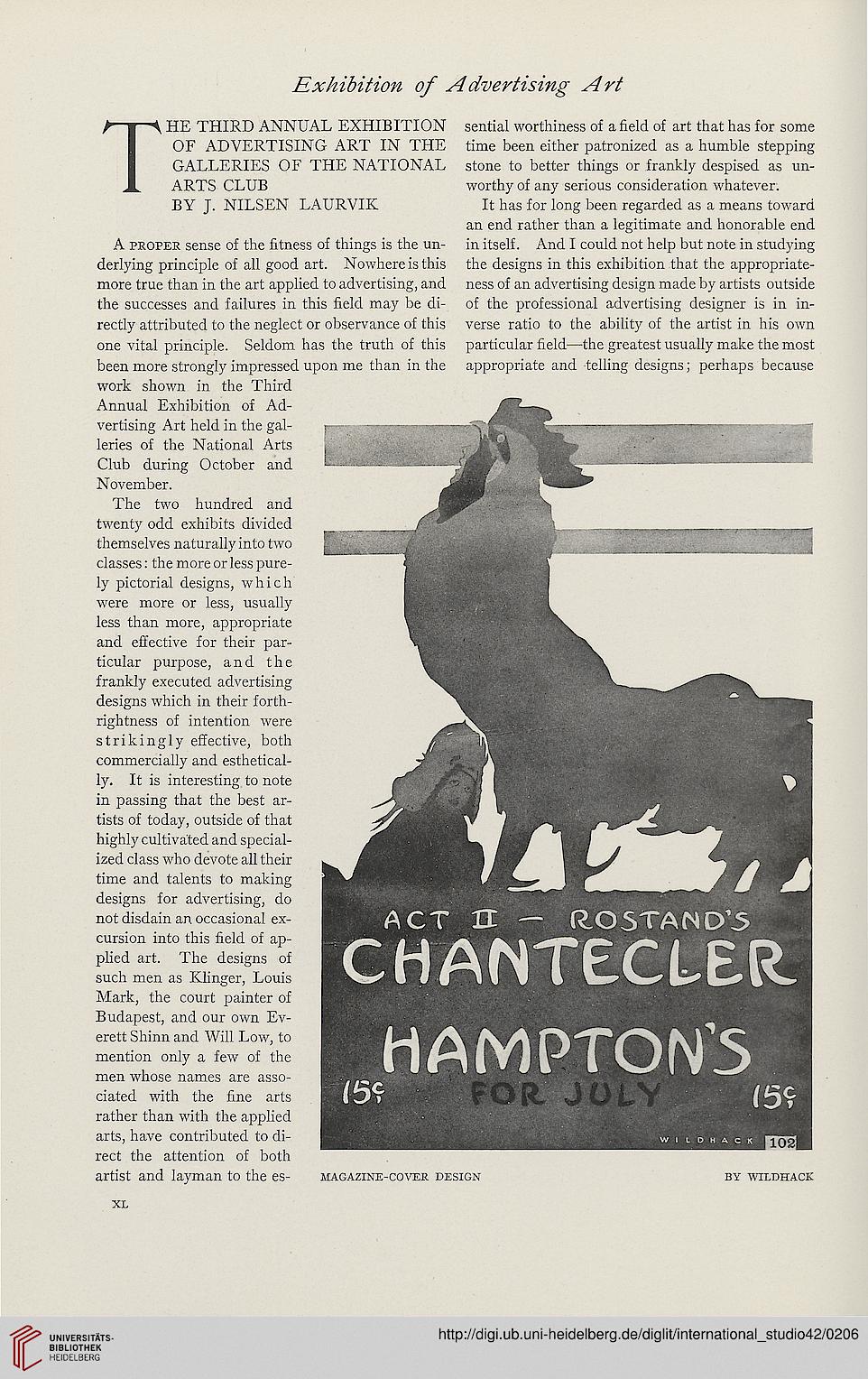 ARTS CLUB worthy of any serious consideration whatever.

BY J. NILSEN LAURVIK It has for long been regarded as a means toward

an end rather than a legitimate and honorable end
A proper sense of the fitness of things is the un- in itself. And I could not help but note in studying
derlying principle of all good art. Nowhere is this the designs in this exhibition that the appropriate-
more true than in the art applied to advertising, and ness of an advertising design made by artists outside
the successes and failures in this field may be di- of the professional advertising designer is in in-
rectly attributed to the neglect or observance of this verse ratio to the ability of the artist in his own
one vital principle. Seldom has the truth of this particular field—the greatest usually make the most
been more strongly impressed upon me than in the appropriate and telling designs; perhaps because
work shown in the Third

leries of the National Arts

themselves naturally into two
classes: the more or less pure-
ly pictorial designs, which
were more or less, usually
less than more, appropriate
and effective for their par-
ticular purpose, and the
frankly executed advertising
designs which in their forth-
rightness of intention were
strikingly effective, both
commercially and esthetical-
ly. It is interesting to note
in passing that the best ar-
tists of today, outside of that
highly cultivated and special-
ized class who devote all their
time and talents to making
designs for advertising, do
not disdain an occasional ex-
cursion into this field of ap-
plied art. The designs of
such men as Klinger, Louis
Mark, the court painter of
Budapest, and our own Ev-
erett Shinn and Will Low, to
mention only a few of the
men whose names are asso-
ciated with the fine arts
rather than with the applied
arts, have contributed to di-
rect the attention of both
artist and layman to the es- magazine-cover design by wildhack