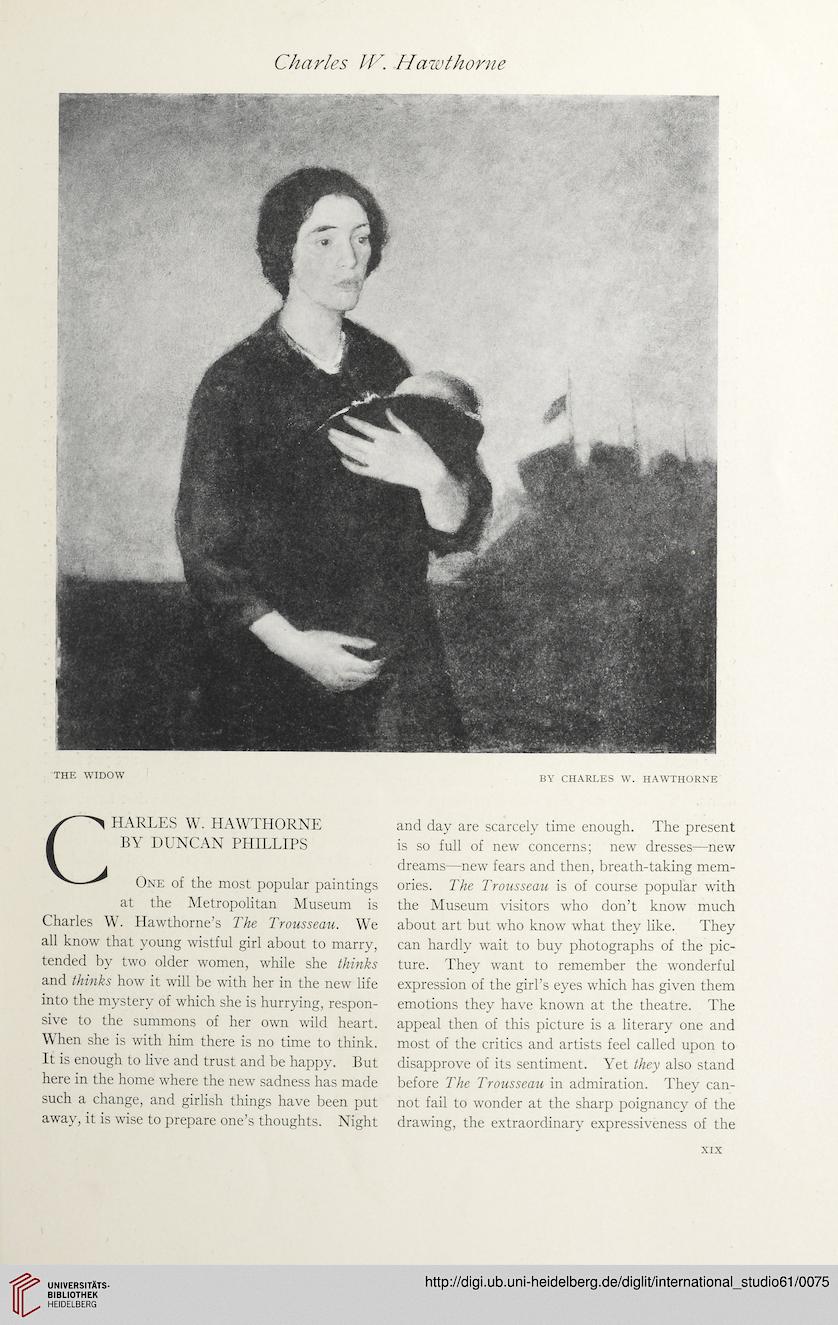 THE WIDOW BY CHARLES W. HAWTHORNE

One of the most popular paintings
at the Metropolitan Museum is
Charles W. Hawthorne’s The Trousseau. We


all know that young wistful girl about to marry,
tended by two older women, while she thinks
and thinks how it will be with her in the new life

into the mystery of which she is hurrying, respon-
sive to the summons of her own wild heart.

When she is with him there is no time to think.
It is enough to live and trust and be happy. But
here in the home where the new sadness has made
such a change, and girlish things have been put
away, it is wise to prepare one’s thoughts. Night

and day are scarcely time enough. The present
is so full of new concerns; new dresses—new
dreams—new fears and then, breath-taking mem-
ories. The Trousseau is of course popular with
the Museum visitors who don’t know much
about art but who know what they like. They
can hardly wait to buy photographs of the pic-
ture. They want to remember the wonderful
expression of the girl’s eyes which has given them
emotions they have known at the theatre. The
appeal then of this picture is a literary one and
most of the critics and artists feel called upon to
disapprove of its sentiment. Yet they also stand
before The Trousseau in admiration. They can-
not fail to wonder at the sharp poignancy of the
drawing, the extraordinary expressiveness of the