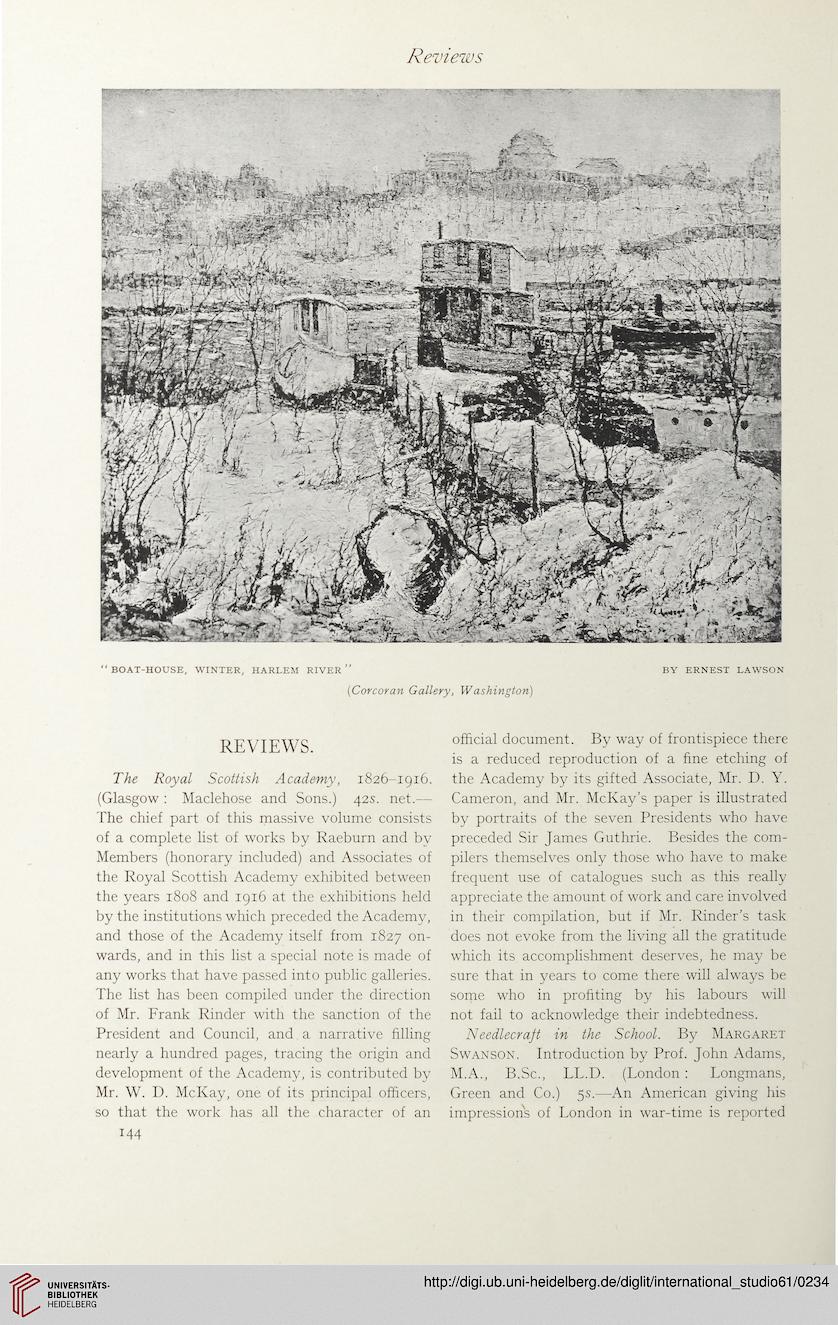 REVIEWS.
The Royal Scottish Academy, 1826-1916.
(Glasgow : Maclehose and Sons.) 42s. net.—
The chief part of this massive volume consists
of a complete list of works by Raeburn and bv
Members (honorary included) and Associates of
the Royal Scottish Academy exhibited between
the years 1808 and 1916 at the exhibitions held
by the institutions which preceded the Academy,
and those of the Academy itself from 1827 on-
wards, and in this list a special note is made of
any works that have passed into public galleries.
The list has been compiled under the direction
of Mr. Frank Rinder with the sanction of the
President and Council, and a narrative filling
nearly a hundred pages, tracing the origin and
development of the Academy, is contributed by
Mr. W. D. McKay, one of its principal officers,
so that the work has all the character of an

official document. By way of frontispiece there
is a reduced reproduction of a fine etching of
the Academy by its gifted Associate, Mr. D. Y.
Cameron, and Mr. McKay’s paper is illustrated
by portraits of the seven Presidents who have
preceded Sir James Guthrie. Besides the com-
pilers themselves only those who have to make
frequent use of catalogues such as this really
appreciate the amount of work and care involved
in their compilation, but if Mr. Rinder’s task
does not evoke from the living all the gratitude
which its accomplishment deserves, he may be
sure that in years to come there will always be
some who in profiting by his labours will
not fail to acknowledge their indebtedness.
Needlecrajt in the School. By Margaret
Swanson. Introduction by Prof. John Adams,
M.A., B.Sc., LL.D. (London : Longmans,
Green and Co.) 5s.—An American giving his
impressions of London in war-time is reported