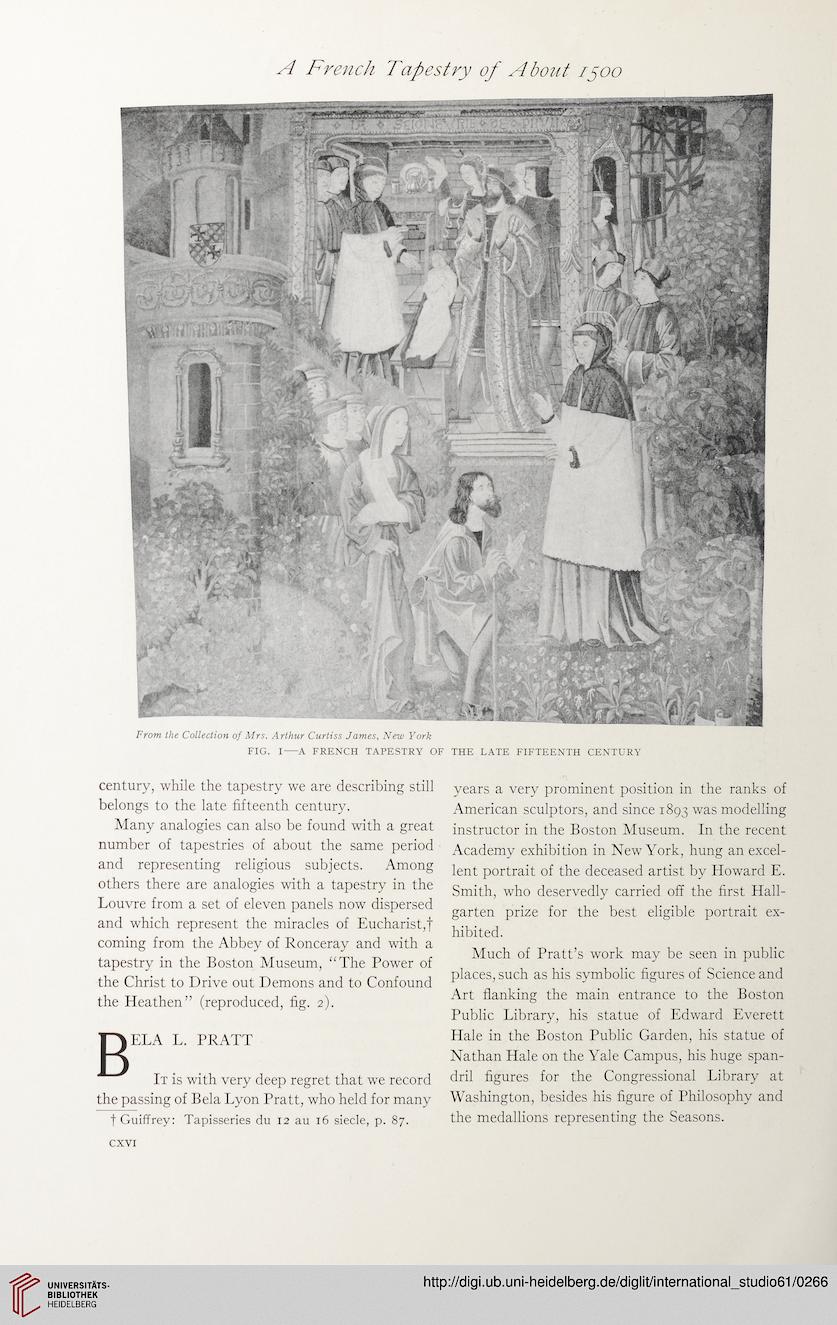 
century, while the tapestry we are describing still
belongs to the late fifteenth century.
Many analogies can also be found with a great
number of tapestries of about the same period
and representing religious subjects. Among
others there are analogies with a tapestry in the
Louvre from a set of eleven panels now dispersed
and which represent the miracles of Eucharist,f
coming from the Abbey of Ronceray and with a
tapestry in the Boston Museum, “The Power of
the Christ to Drive out Demons and to Confound
the Heathen” (reproduced, fig. 2).
^gELA L. PRATT
It is with very deep regret that we record
the passing of Bela Lyon Pratt, who held for many
t Guiffrey: Tapisseries du 12 au 16 siecle, p. 87.

years a very prominent position in the ranks of
American sculptors, and since 1893 was modelling
instructor in the Boston Museum. In the recent
Academy exhibition in New York, hung an excel-
lent portrait of the deceased artist by Howard E.
Smith, who deservedly carried off the first Hall-
garten prize for the best eligible portrait ex-
hibited.
Much of Pratt’s work may be seen in public
places, such as his symbolic figures of Science and
Art flanking the main entrance to the Boston
Public Library, his statue of Edward Everett
Hale in the Boston Public Garden, his statue of
Nathan Hale on the Yale Campus, his huge span-
dril figures for the Congressional Library at
Washington, besides his figure of Philosophy and
the medallions representing the Seasons.