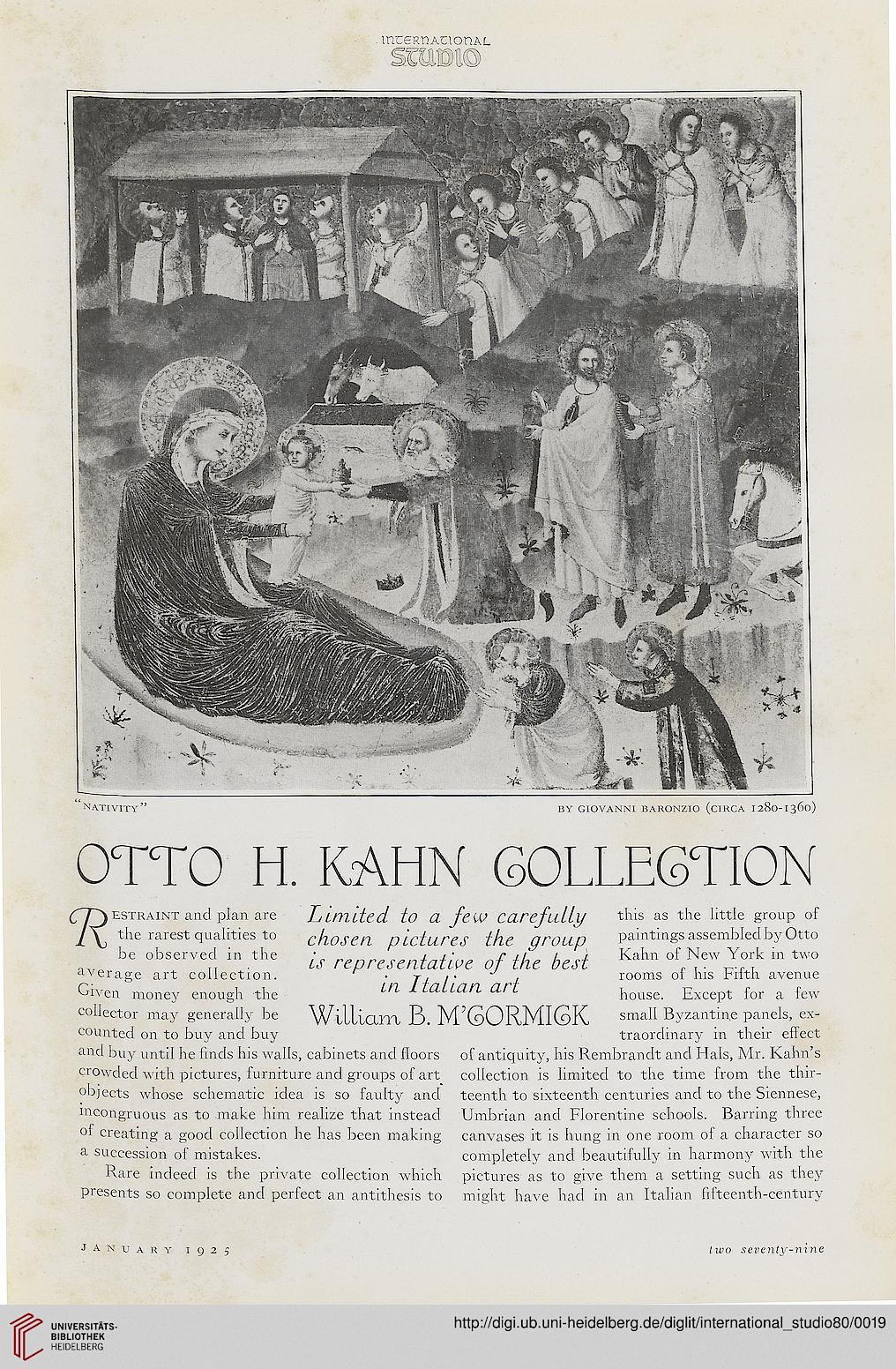 estraint and plan are
the rarest qualities to
be observed in the
average art collection.
Given money enough the
collector may generally be
counted on to buy and buy
and buy until he finds his walls, cabinets and floors
crowded with pictures, furniture and groups of art
objects whose schematic idea is so faulty and
incongruous as to make him realize that instead
of creating a good collection he has been making
a succession of mistakes.

this as the little group of
paintings assembled by Otto
Kahn of New York in two
rooms of his Fifth avenue
house. Except for a few
small Byzantine panels, ex-
traordinary in their effect
of antiquity, his Rembrandt and Hals, Mr. Kahn's
collection is limited to the time from the thir-
teenth to sixteenth centuries and to the Siennese,
Umbrian and Florentine schools. Barring three
canvases it is hung in one room of a character so
completely and beautifully in harmony with the
pictures as to give them a setting such as they
might have had in an Italian fifteenth-century