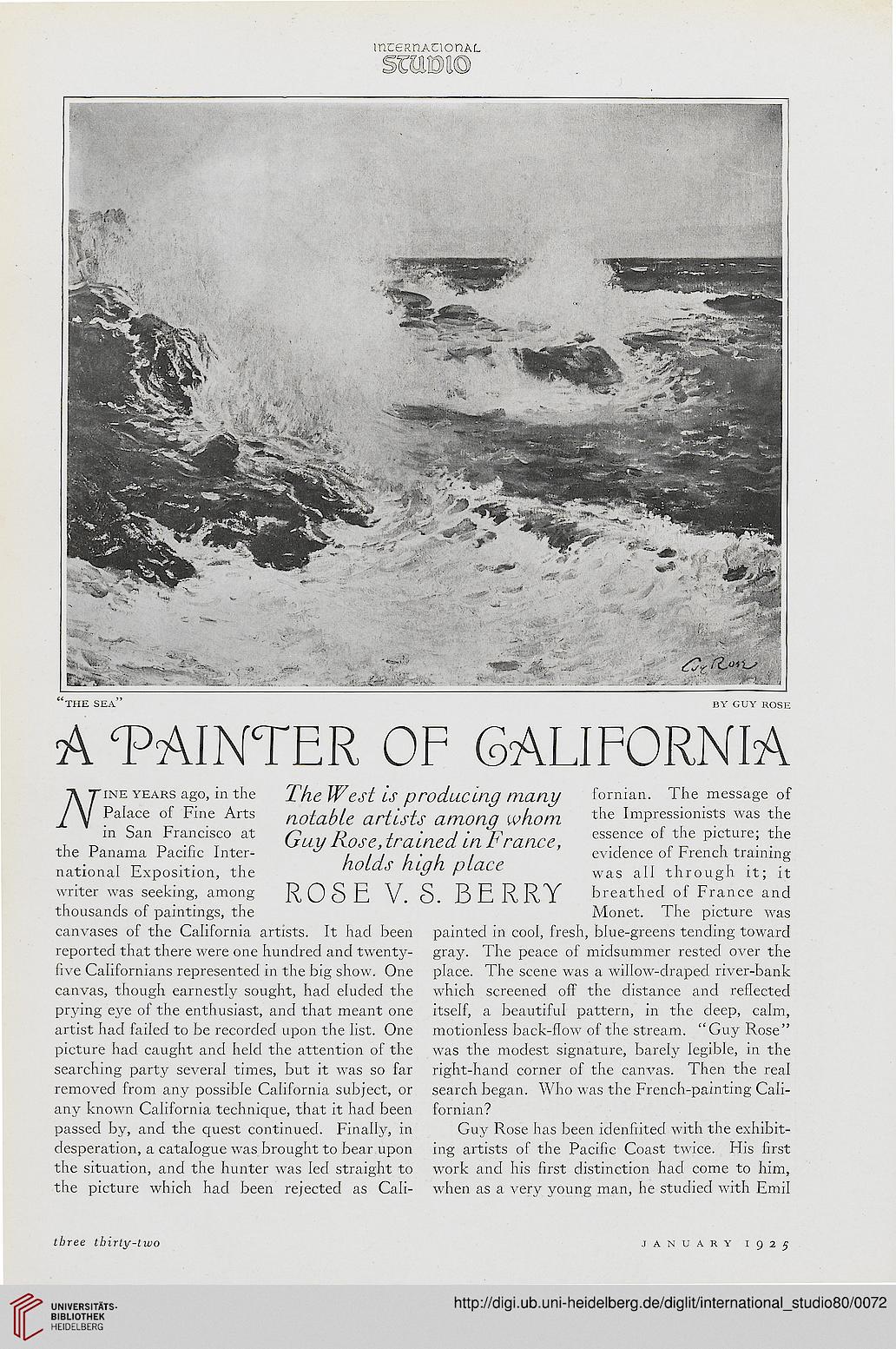 A TAINTER OF GALIFORNIA

TV Tine years ago, in the The West is producing many fornian. The message of
y Y PaIace of Fine Arts notable artists among whom the Impressionists was the

writer was seeking, among ROSE V S BE RRY breathed of France and

thousands of paintings, the Monet. The picture was

canvases of the California artists. It had been painted in cool, fresh, blue-greens tending toward

reported that there were one hundred and twenty- gray. The peace of midsummer rested over the

five Californians represented in the big show. One place. The scene was a willow-draped river-bank

canvas, though earnestly sought, had eluded the which screened off the distance and reflected

prying eye of the enthusiast, and that meant one itself, a beautiful pattern, in the deep, calm,

artist had failed to be recorded upon the list. One motionless back-flow of the stream. "Guy Rose"

picture had caught and held the attention of the was the modest signature, barely legible, in the

searching party several times, but it was so far right-hand corner of the canvas. Then the real

removed from any possible California subject, or search began. Who was the French-painting Cali-

any known California technique, that it had been fornian?

passed by, and the quest continued. Finally, in Guy Rose has been idenfiited with the exhibit-
desperation, a catalogue was brought to bear upon ing artists of the Pacific Coast twice. His first
the situation, and the hunter was led straight to work and his first distinction had come to him,
the picture which had been rejected as Cali- when as a very young man, he studied with Emil