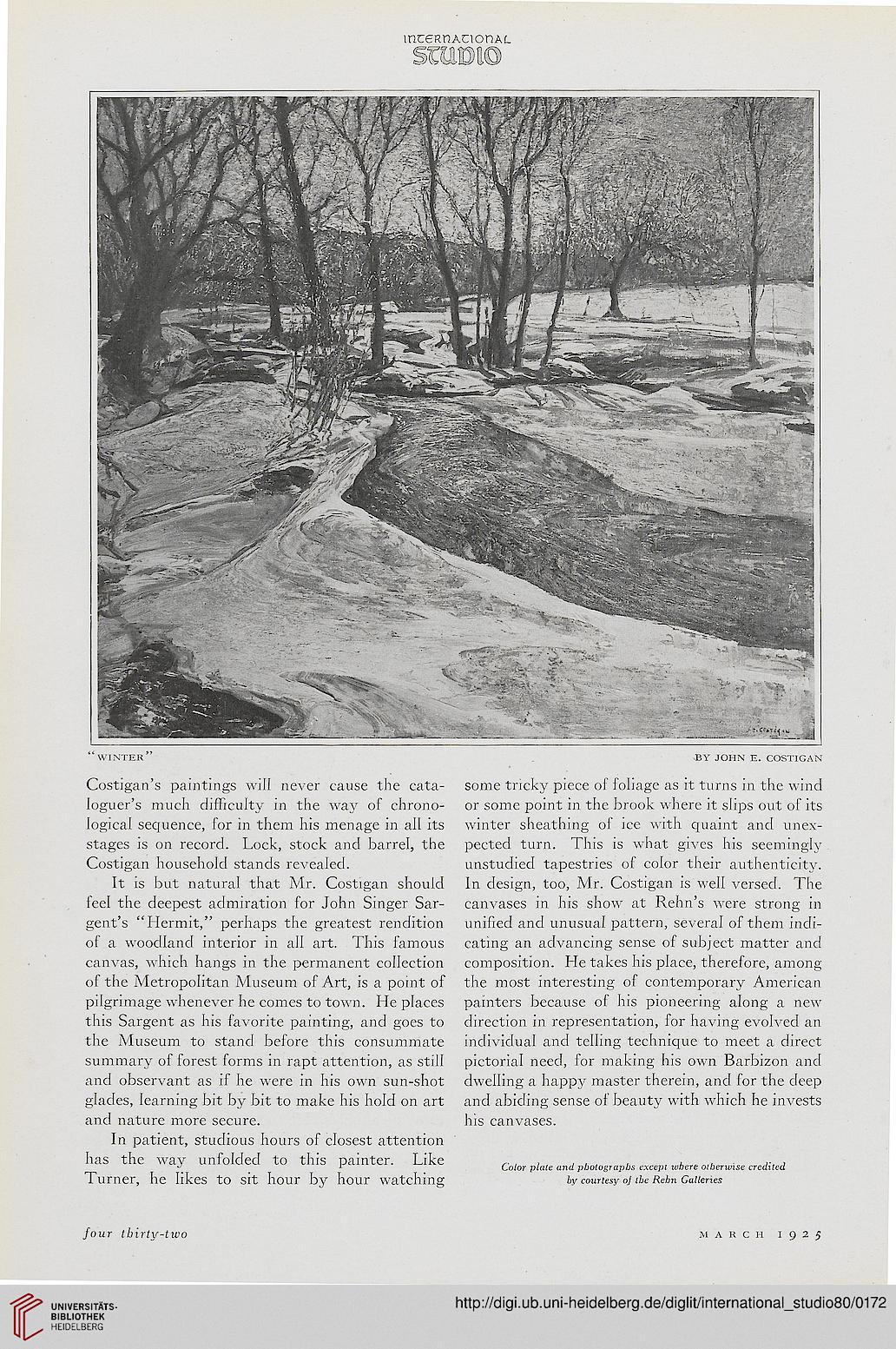 logical sequence, for in them his menage in all its winter sheathing of ice with quaint and unex-

stages is on record. Lock, stock and barrel, the pccted turn. This is what gives his seemingly

of a woodland interior in all art. This famous eating an advancing sense of subject matter and

canvas, which hangs in the permanent collection composition. He takes his place, therefore, among

of the Metropolitan Museum of Art, is a point of the most interesting of contemporary American

pilgrimage whenever he comes to town. He places painters because of his pioneering along a new

this Sargent as his favorite painting, and goes to direction in representation, for having evolved an

summary of forest forms in rapt attention, as still pictorial need, for making his own Barbizon and

and observant as if he were in his own sun-shot dwelling a happy master therein, and for the deep

glades, learning bit by bit to make his hold on art and abiding sense of beauty with which he invests

and nature more secure. his canvases.