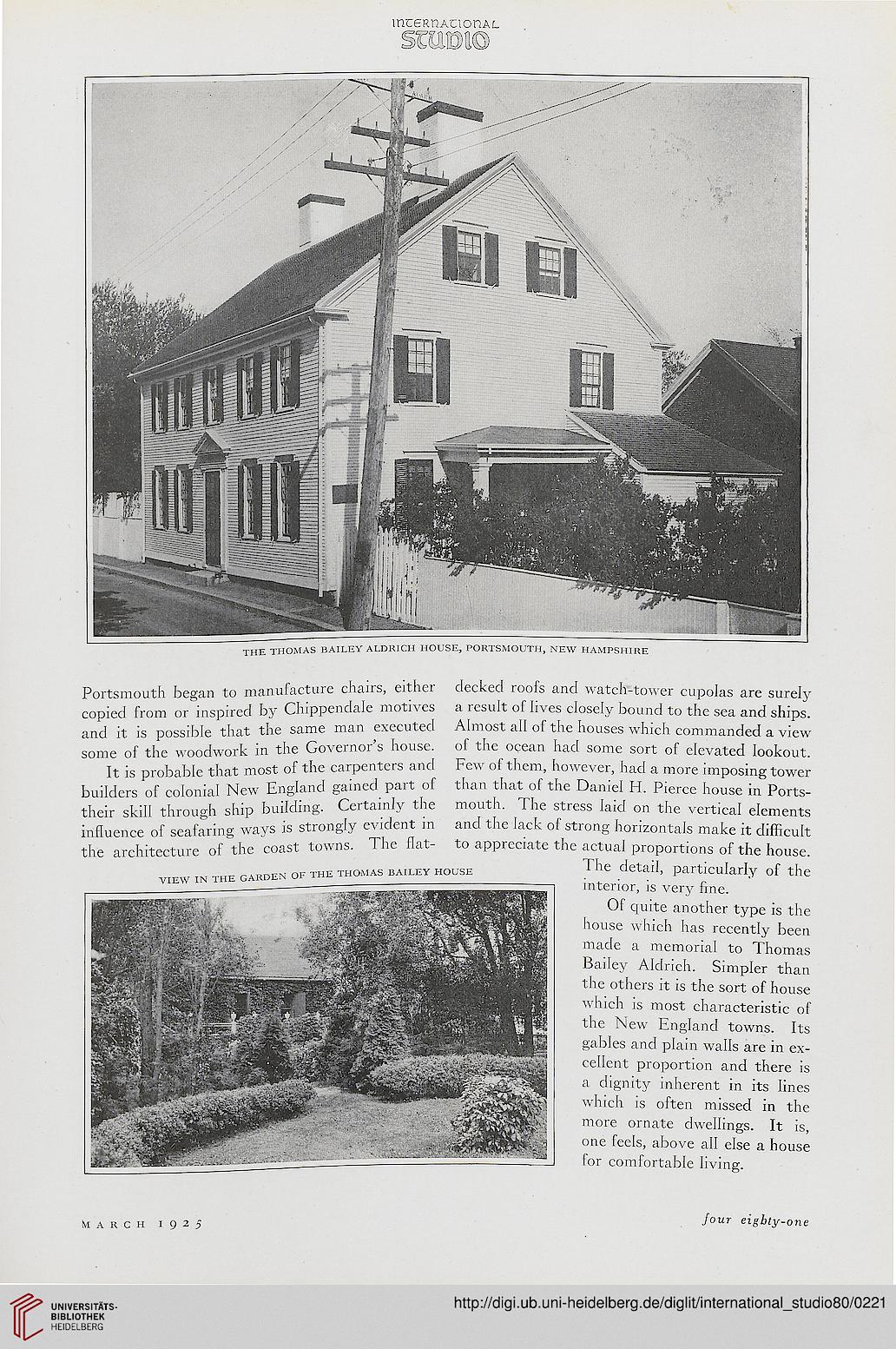 Portsmouth began to mu» pendale motives a result of lives closely bound to the sea and ships,

and it is possible that tl^ Govemor's house. of the ocean had some sort of elevated lookout,

some of the woodwor m 1 carpenters and Few of them, however, had a more imposing tower

builders of colonial ^fw Certainly the mouth. The stress laid on the vertical elements

influence of seafaring ways t(jwns jhc flat- to appreciate the actual proportions of the house,

the architecture of the coas • ^ d particularly of the

Of quite another type is the
house which has recently been
made a memorial to Thomas
Bailey Aldrich. Simpler than
the others it is the sort of house
which is most characteristic of
the New England towns. Its
gables and plain walls are in ex-
cellent proportion and there is
a dignity inherent in its lines
which is often missed in the
more ornate dwellings. It is,
one feels, above all else a house
for comfortable living.