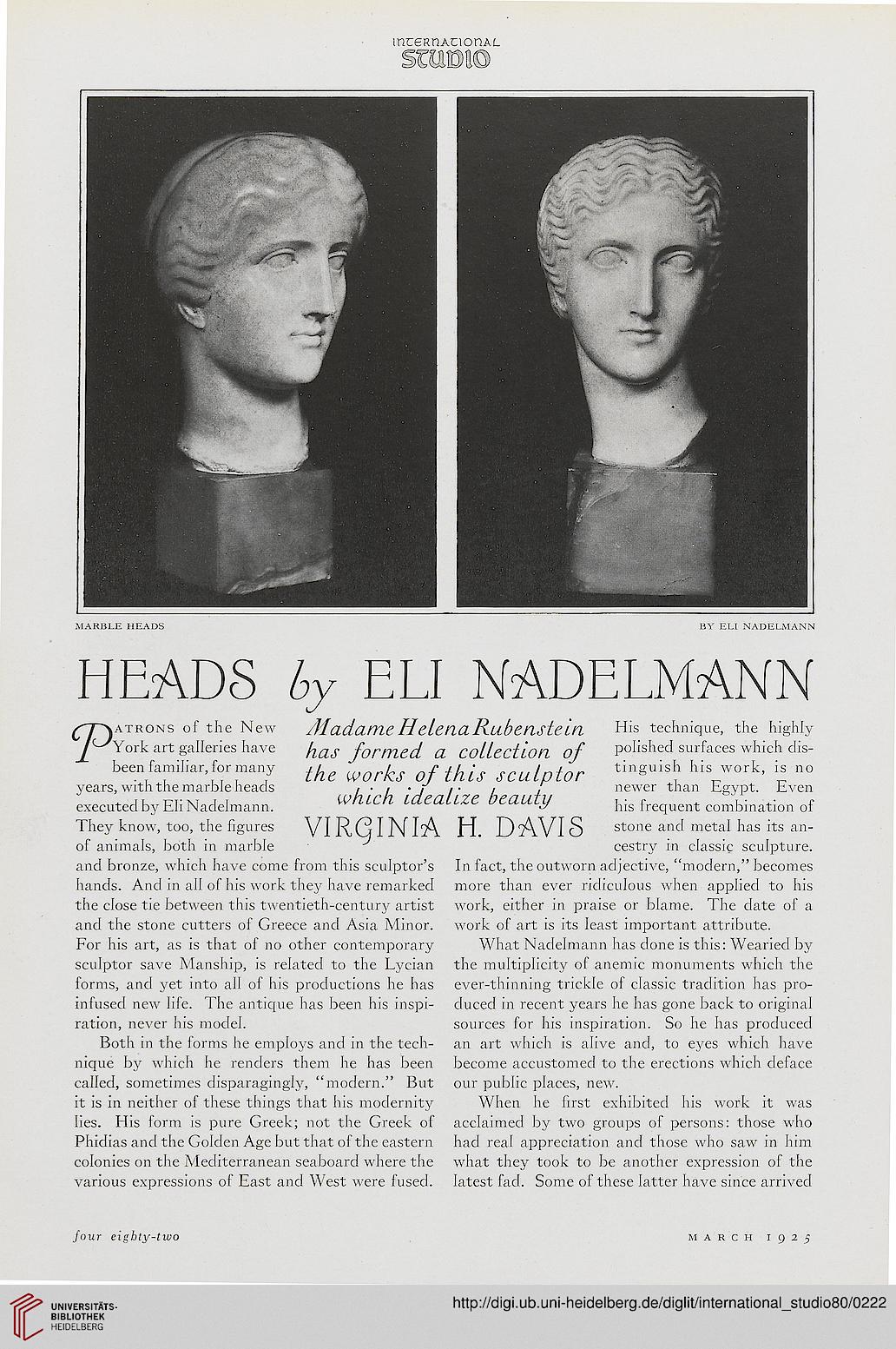 (T^atrons of the New Madame HelenaRubenstein His technique, the highly
Y^York art galleries have nas formed a collection of polished surfaces which dis-
been familiar, for many ^ (wr^ of this sculptor t,nguis1,1 hlswork> ^ ™
years, with the marble heads L' L 'J /' L I newer than hgvpt. hven

They know, too, the figures VIRGINIA H DAVIS stone and metal has its an-
of animals, both in marble • cestry in classic sculpture,

and bronze, which have come from this sculptor's In fact, the outworn adjective, "modern," becomes
hands. And in all of his work they have remarked more than ever ridiculous when applied to his
the close tie between this twentieth-century artist work, either in praise or blame. The date of a
and the stone cutters of Greece and Asia Minor, work of art is its least important attribute.
For his art, as is that of no other contemporary What Nadelmann has done is this: Wearied by
sculptor save Manship, is related to the Lycian the multiplicity of anemic monuments which the
forms, and yet into all of his productions he has ever-thinning trickle of classic tradition has pro-
infused new life. The antique has been his inspi- duced in recent years he has gone back to original
ration, never his model. sources for his inspiration. So he has produced

Both in the forms he employs and in the tech- an art which is alive and, to eyes which have
mque by which he renders them he has been become accustomed to the erections which deface
called, sometimes disparagingly, "modern." But our public places, new.

it is in neither of these things that his modernity When he first exhibited his work it was
lies. His form is pure Greek; not the Greek of acclaimed by two groups of persons: those who
Phidias and the Golden Age but that of the eastern had real appreciation and those who saw in him
colonies on the Mediterranean seaboard where the what they took to be another expression of the
various expressions of East and West were fused. latest fad. Some of these latter have since arrived