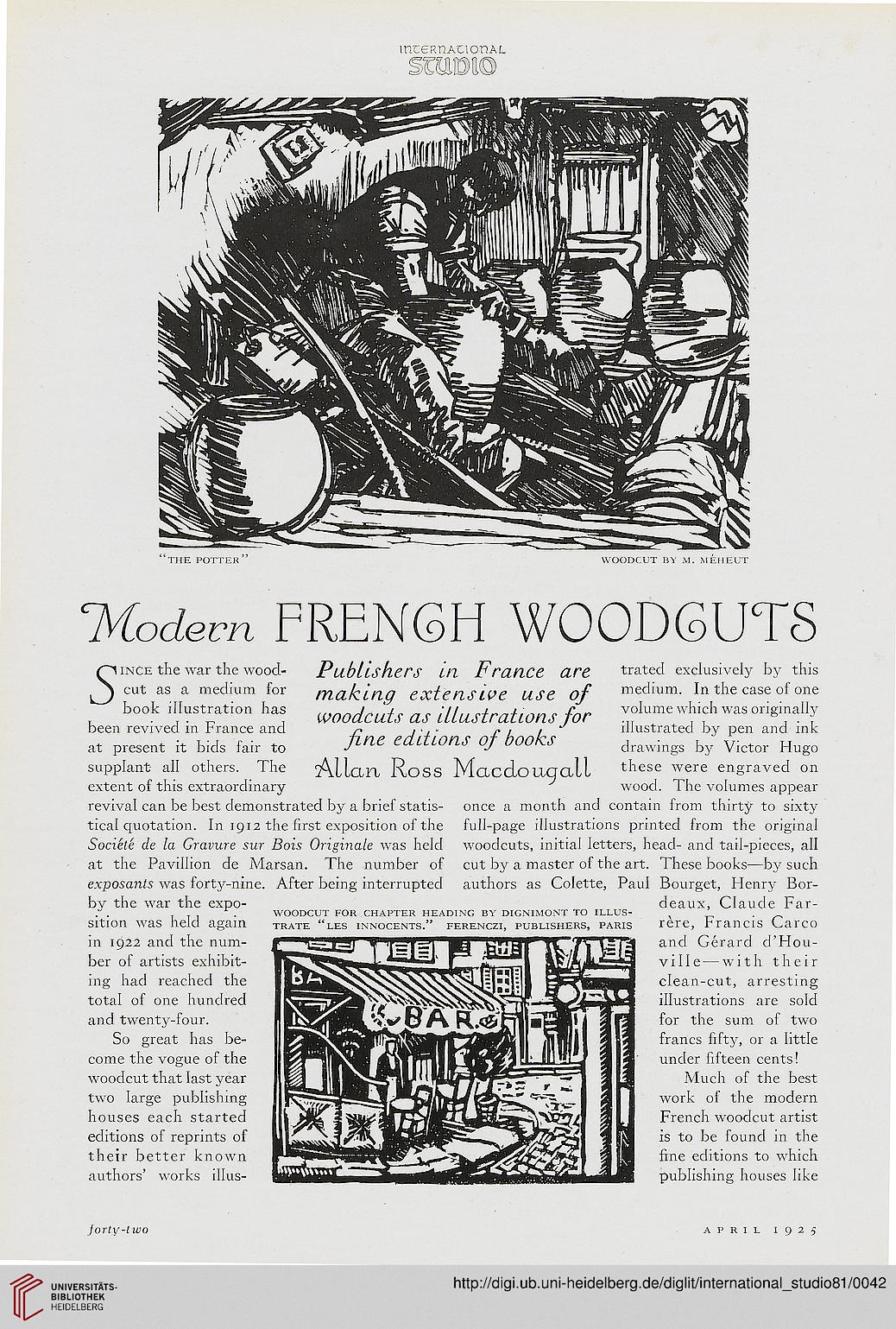 the potter woodcut by m. meheut

r~l ince the Wear the wood- Publishers in France are tratcd exclusively by this
^ cut as a medium for making extensive use of medium. In the case of one
book illustration has woodcuU as illustrations for ™Iume wh"f was °«g'nally
been revived in J-rance and r> j'j." s l i illustrated by pen and ink

supplant all others. The Allan RoSS Macdouaall these were engraved on
extent of this extraordinary wood. The volumes appear

revival can be best demonstrated by a brief statis- once a month and contain from thirty to sixty
tical quotation. In 1912 the first exposition of the full-page illustrations printed from the original
Societe de la Gravure sur Bois Originate was held woodcuts, initial letters, head- and tail-pieces, all
at the Pavillion de Marsan. The number of cut by a master of the art. These books—by such
exposants was forty-nine. After being interrupted authors as Colette, Paul Bourget, Henry Bor-
by the war the expo- deaux, Claude Far-

woodcut for chapter heading by dignimont to illus- ,

So great has be- IIR^fcSfl|9flj^mfflft^l^08fflI Sjylj ' 3 francs fifty, or a little