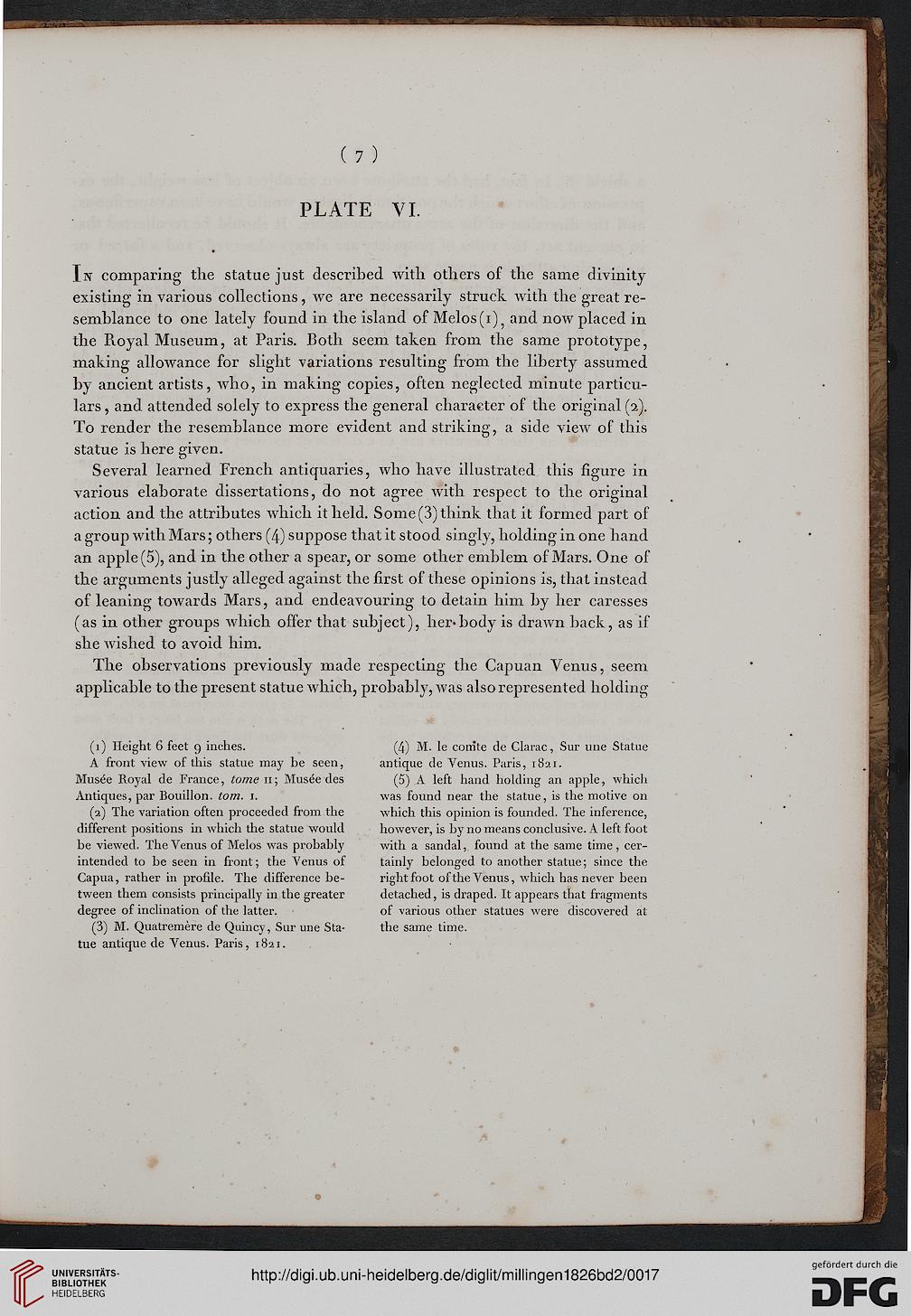 In comparing the statue just described with others of the same divinity
existing in various collections, we are necessarily struck with the great re-
semblance to one lately found in the island of Melos(i)? and now placed in
the Royal Museum, at Paris. Both seem taken from the same prototype,
making allowance for slight variations resulting from the liberty assumed
by ancient artists, who, in making copies, often neglected minute particu-
lars , and attended solely to express the general character of the original (2).
To render the resemblance more evident and striking, a side view of this
statue is here given.

Several learned French antiquaries, who have illustrated this figure in
various elaborate dissertations, do not agree with respect to the original
action and the attributes which it held. Some (3) think that it formed part of
a group with Mars; others (4) suppose that it stood singly, holding in one hand
an apple (5), and in the other a spear, or some other emblem of Mars. One of
the arguments justly alleged against the first of these opinions is, that instead
of leaning towards Mars, and endeavouring to detain him by her caresses
(as in other groups which offer that subject), her-body is drawn back, as if
she wished to avoid him.

The observations previously made respecting the Capuan Venus, seem
applicable to the present statue which, probably, was also represented holding

(2) The variation often proceeded from the
different positions in which the statue would
be viewed. The Venus of Melos was probably
intended to be seen in front; the Venus of
Capua, rather in profile. The difference be-
tween them consists principally in the greater
degree of inclination of the latter.

(5) A left hand holding an apple, which
was found near the statue, is the motive on
which this opinion is founded. The inference,
however, is by no means conclusive. A left foot
with a sandal, found at the same time, cer-
tainly belonged to another statue; since the
right foot of the Venus, which has never been
detached, is draped. It appears that fragments
of various other statues were discovered at
the same time.