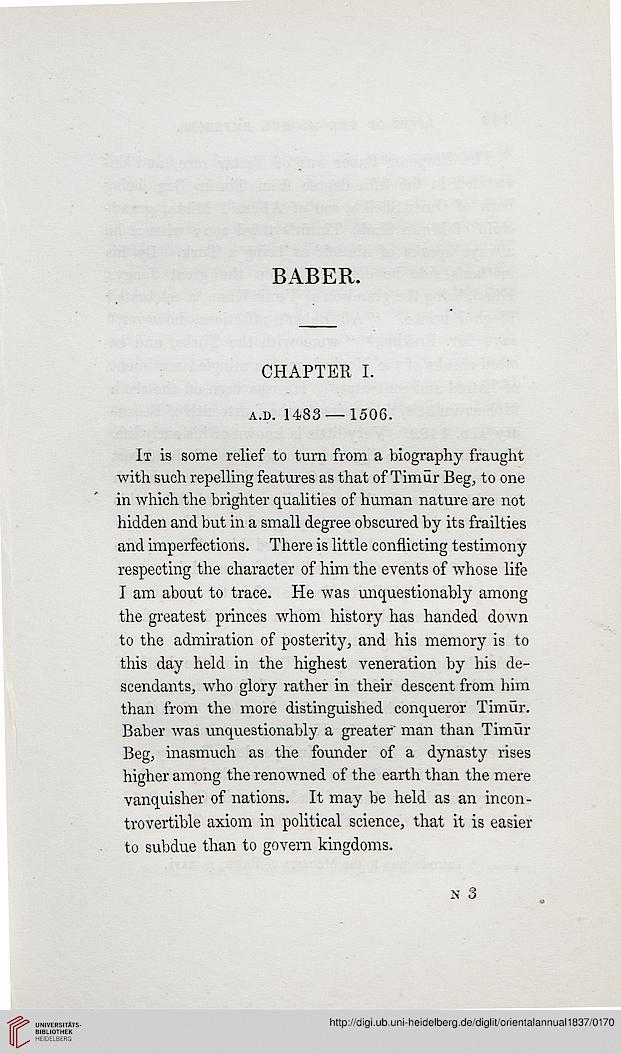 It is some relief to turn from a biography fraught
with such repelling features as that of Timur Beg, to one
in which the brighter qualities of human nature are not
hidden and but in a small degree obscured by its frailties
and imperfections. There is little conflicting testimony
respecting the character of him the events of whose life
I am about to trace. He was unquestionably among
the greatest princes whom history has handed down
to the admiration of posterity, and his memory is to
this day held in the highest veneration by his de-
scendants, who glory rather in their descent from him
than from the more distinguished conqueror Timur.
Baber was unquestionably a greater' man than Timur
Beg, inasmuch as the founder of a dynasty rises
higher among the renowned of the earth than the mere
vanquisher of nations. It may be held as an incon-
trovertible axiom in political science, that it is easier
to subdue than to govern kingdoms.