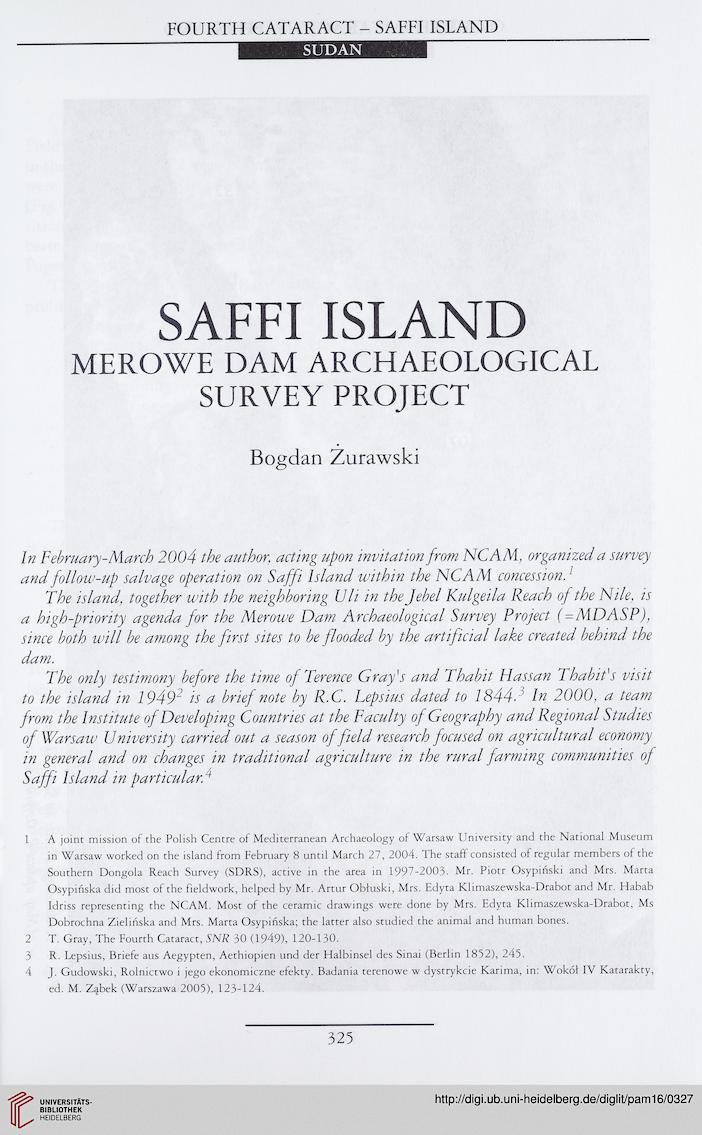 In February-March 2004 the author, acting upon invitation from NCAM, organized a survey
and follow-up salvage operation on Saffi Island within the NCAM concession.1
The island, together with the neighboring Uli in the Jebel Kulgeila Reach of the Nile, is
a high-priority agenda for the Merowe Dam Archaeological Survey Project (=MDASP),
since both will be among the first sites to be flooded by the artificial lake created behind the
dam.
The only testimony before the time of Terence Gray's and Thabit Hassan Thabit's visit
to the island in 19492 is a brief note by R.C. Lepsius dated to 1844.3 4 In 2000, a team
from the Institute of Developing Countries at the Faculty of Geography and Regional Studies
of Warsaw U niversity carried out a season of field research focused on agricultural economy
in general and on changes in traditional agriculture in the rural farming communities of
Saffi Island in particular.f