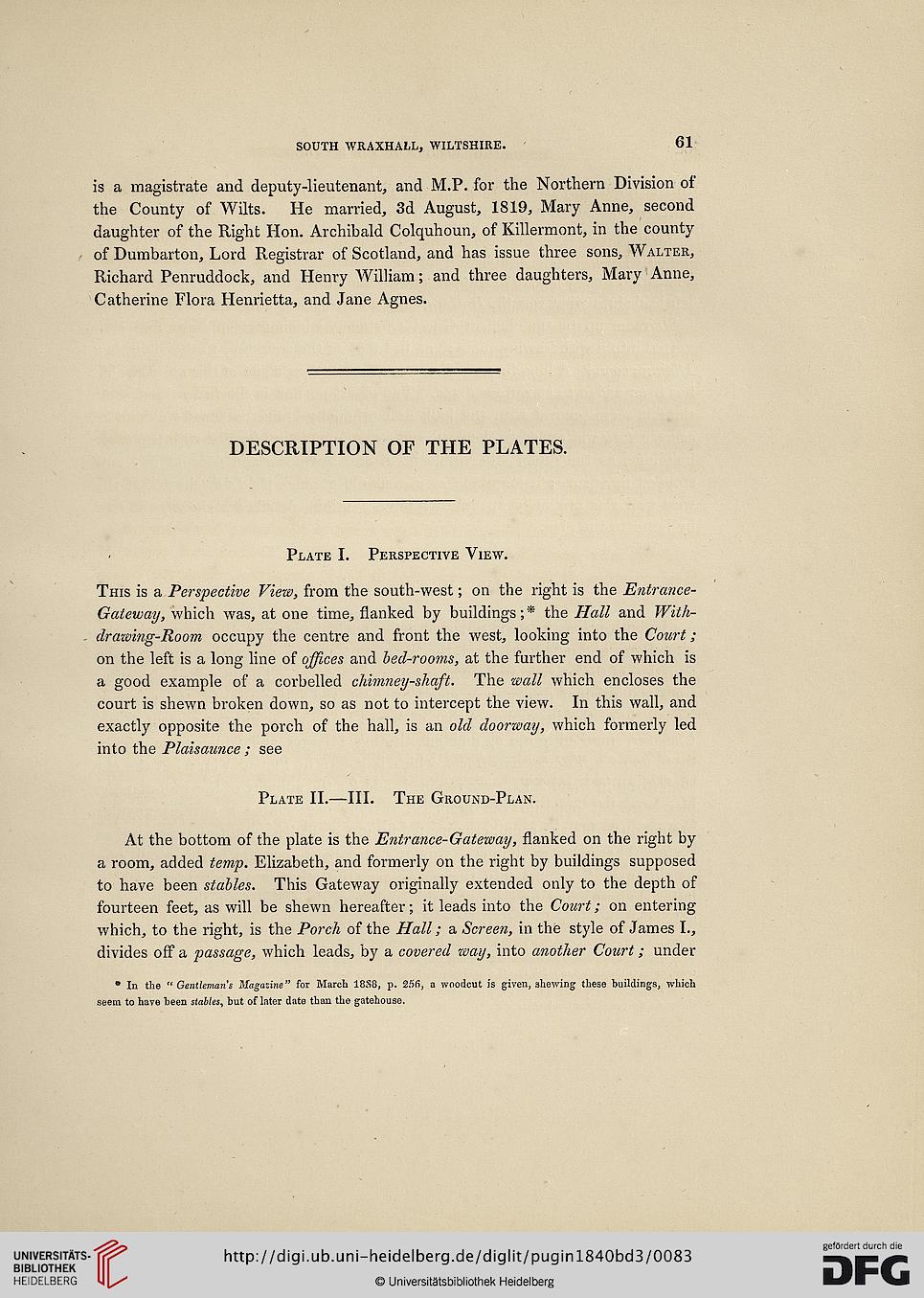 is a magistrate and deputy-lieutenant, and M.P. for the Northern Division ot
the County of Wilts. He married, 3d August, 1819, Mary Anne, second
daughter of the Right Hon. Archibald Colquhoun, of Killermont, in the county
of Dumbarton, Lord Registrar of Scotland, and has issue three sons, Walter,
Richard Penruddock, and Henry William; and three daughters, Mary Anne,
Catherine Flora Henrietta, and Jane Agnes.

This is a Pers'pective View, from the south-west; on the right is the Entrance-
Gateway, which was, at one time, flanked by buildings;* the Hall and With-
drawing-Room occupy the centre and front the west, looking into the Court;
on the left is a long line of offices and bed-rooms, at the further end of which is
a good example of a corbelled chimney-shaft. The wall which encloses the
court is shewn broken down, so as not to intercept the view. In this wall, and
exactly opposite the porch of the hall, is an old doorway, which formerly led
into the Plaisaunce ; see

At the bottom of the plate is the Entrance-Gateway, flanked on the right by
a room, added temp. Elizabeth, and formerly on the right by buildings supposed
to have been stables. This Gateway originally extended only to the depth of
fourteen feet, as will be shewn hereafter; it leads into the Court; on entering
which, to the right, is the Porch of the Hall; a Screen, in the style of James I.,
divides off a passage, which leads, by a covered way, into another Court; under

* In the “ Gentlemans Magazine” for March 1838, p. 256, a woodcut is given, shewing these buildings, which
seem to have been stables, but of later date than the gatehouse.