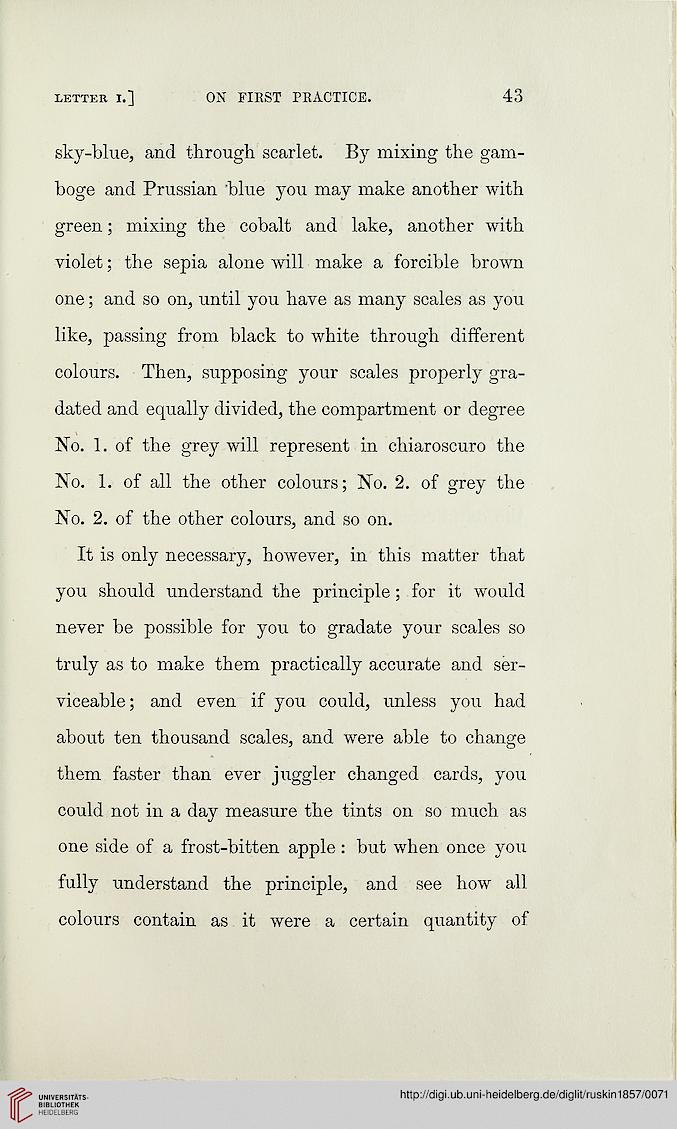 Information about OCR text
LETTER I.]

sky-blue, and through scarlet. By mixing the gam-
boge and Prussian blue you may make another with
green; mixing the cobalt and lake, another with
violet; the sepia alone will make a forcible brown
one; and so on, until you have as many scales as you
like, passing from black to white through different
colours. Then, supposing your scales properly gra-
dated and equally divided, the compartment or degree
No. 1. of the grey will represent in chiaroscuro the
No. 1. of all the other colours; No. 2. of grey the
No. 2. of the other colours, and so on.

It is only necessary, however, in this matter that
you should understand the principle ; for it would
never be possible for you to gradate your scales so
truly as to make them practically accurate and ser-
viceable ; and even if you could, unless you had
about ten thousand scales, and were able to change
them faster than ever juggler changed cards, you
could not in a day measure the tints on so much as
one side of a frost-bitten apple : but when once you
fully understand the principle, and see how all
colours contain as it were a certain quantity of