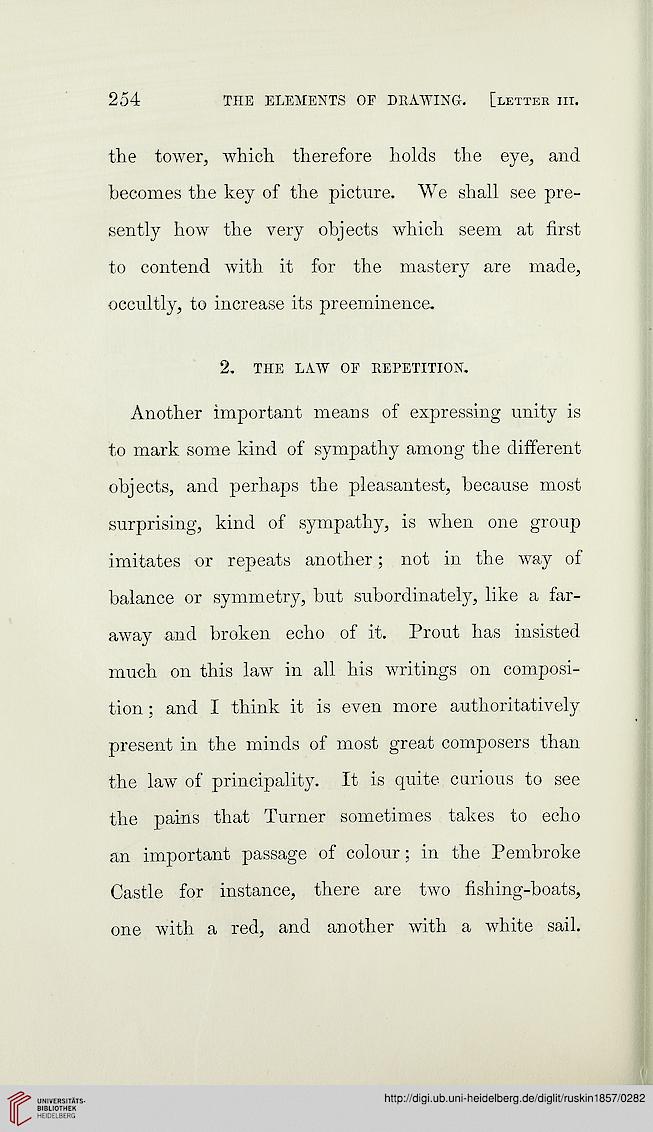 Information about OCR text
254 THE ELEMENTS OF DRAWING. [letter iii,

the tower, which therefore holds the eye, and
becomes the key of the picture. We shall see pre-
sently how the very objects which seem at first
to contend with it for the mastery are made,
occultly, to increase its preeminence.

2. THE LAW OF REPETITION.

Another important means of expressing unity is
to mark some kind of sympathy among the different
objects, and perhaps the pleasantest, because most
surprising, kind of sympathy, is when one group
imitates or repeats another; not in the way of
balance or symmetry, but subordinately, like a far-
away and broken echo of it. Prout has insisted
much on this law in all his writings on composi-
tion ; and I think it is even more authoritatively
present in the minds of most great composers than
the law of principality. It is quite curious to see
the pains that Turner sometimes takes to echo
an important passage of colour; in the Pembroke
Castle for instance, there are two fishing-boats,
one with a red, and another with a white sail.