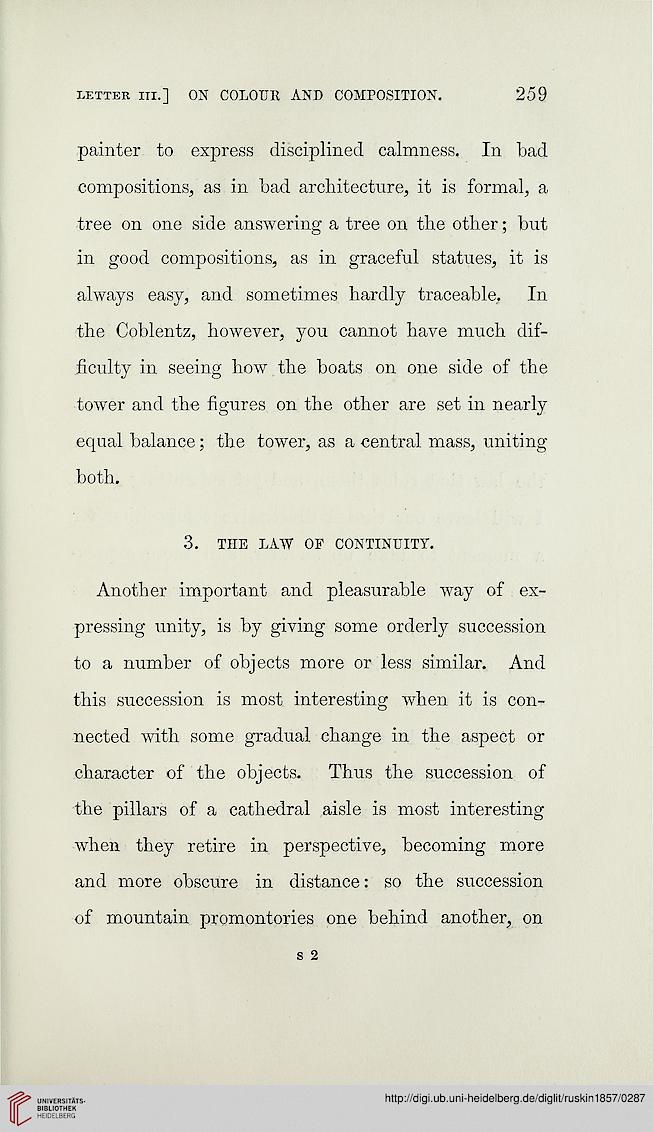 Information about OCR text
letter in.] ON COLOUK AND COMPOSITION. 259

painter to express disciplined calmness. In bad
compositions, as in bad architecture, it is formal, a
tree on one side answering a tree on the other; but
in good compositions, as in graceful statues, it is
always easy, and sometimes hardly traceable. In
the Coblentz, however, you cannot have much dif-
ficulty in seeing how the boats on one side of the
tower and the figures on the other are set in nearly
equal balance; the tower, central mass, uniting
both.

3. THE LAW OF CONTINUITY.

Another important and pleasurable Avay of ex-
pressing unity, is by giving some orderly succession
to a number of objects more or less similar. And
this succession is most interesting when it is con-
nected with some gradual change in the aspect or
character of the objects. Thus the succession of
the pillars of a cathedral aisle is most interesting
when they retire in perspective, becoming more
and more obscure in distance: so the succession
of mountain promontories one behind another, on