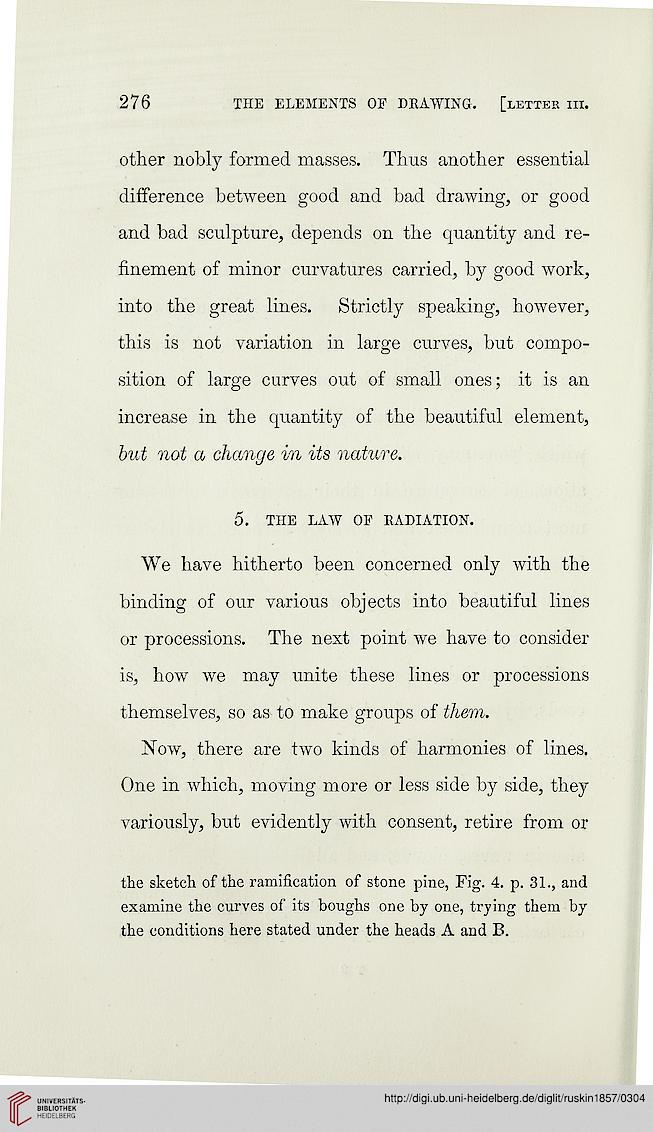 Information about OCR text
276 THE ELEMENTS OF DRAWING. [letter hi.

other nobly formed masses. Thus another essential
difference between good and bad drawing, or good
and bad sculpture, depends on the quantity and re-
finement of minor curvatures carried, by good work,
into the great lines. Strictly speaking, however,
this is not variation in large curves, but compo-
sition of large curves out of small ones; it is an
increase in the quantity of the beautiful element,
but not a change in its nature.

5. THE LAW OF RADIATION.

We have hitherto been concerned only with the
binding of our various objects into beautiful lines
or processions. The next point we have to consider
is, how we may unite these lines or processions
themselves, so as to make groups of them.

Now, there are two kinds of harmonies of lines.
One in which, moving more or less side by side, they
variously, but evidently with consent, retire from or

the sketch of the ramification of stone pine, Fig. 4. p. 31., and
examine the curves of its boughs one by one, trying them by
the conditions here stated under the heads A and B.