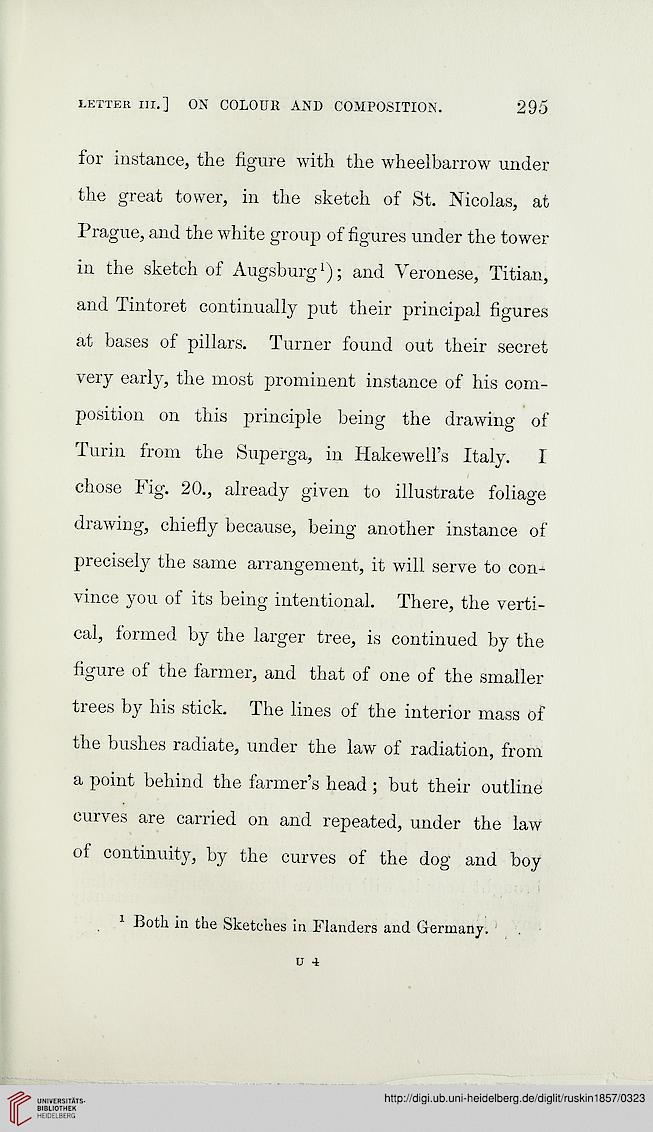 Scroll
OCR fulltext
Information about OCR text
letter in.] ON COLOUR AND COMPOSITION.

for instance, the figure with the wheelbarrow under
the great tower, in the sketch of St. Nicolas, at
Prague, and the white group of figures under the tower
in the sketch of Augsburgl); and Veronese, Titian,
and Tintoret continually put their principal figures
at bases of pillars. Turner found out their secret
very early, the most prominent instance of his com-
position on this principle being the drawing of
Turin from the Superga, in Hakewell's Italy. I
chose Fig. 20., already given to illustrate foliage
drawing, chiefly because, being another instance of
precisely the same arrangement, it will serve to con-
vince you of its being intentional. There, the verti-
cal, formed by the larger tree, is continued by the
figure of the farmer, and that of one of the smaller
trees by his stick. The lines of the interior mass of
the bushes radiate, under the law of radiation, from
a point behind the farmer's head ; but their outline
curves are carried on and repeated, under the law
of continuity, by the curves of the dog and boy

1 Both in the Sketches in Flanders and Germany. 1