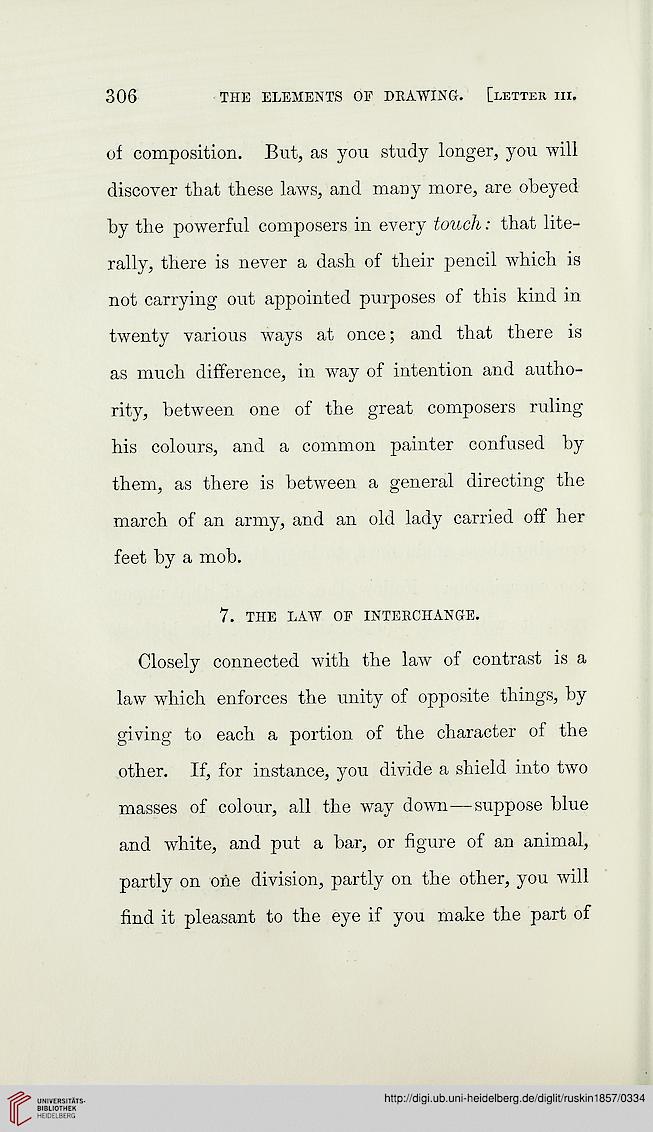 Information about OCR text
306 THE ELEMENTS OF DRAWING. [letter hi.

of composition. But, as you study longer, you will
discover that these laws, and many more, are obeyed
by the powerful composers in every touch: that lite-
rally, there is never a dash of their pencil which is
not carrying out appointed purposes of this kind in
twenty various ways at once; and that there is
as much difference, in way of intention and autho-
rity, between one of the great composers ruling
his colours, and a common painter confused by
them, as there is between a general directing the
march of an army, and an old lady carried off her
feet by a mob.

7. THE LAW OF INTERCHANGE.

Closely connected with the law of contrast is a
law which enforces the unity of opposite things, by
giving to each a portion of the character of the
other. If, for instance, you divide a shield into two
masses of colour, all the way down-—suppose blue
and white, and put a bar, or figure of an animal,
partly on one division, partly on the other, you will
find it pleasant to the eye if you make the part of