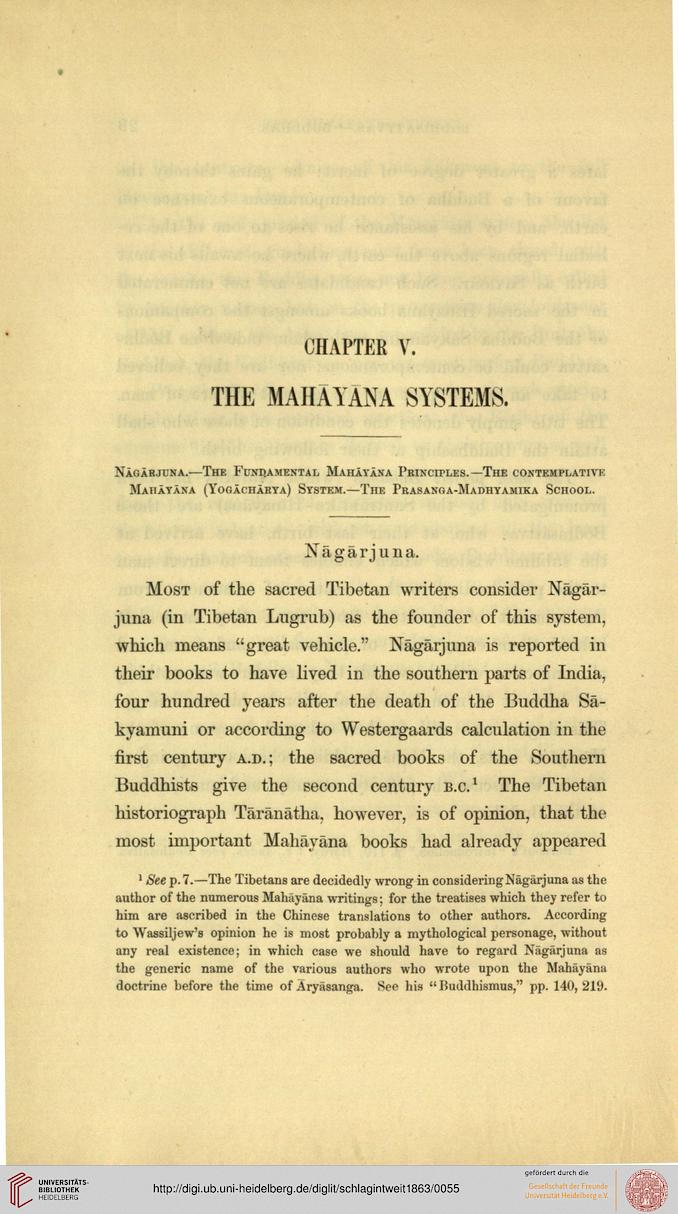 Most of the sacred Tibetan writers consider Nagar-
juna (in Tibetan Lugrub) as the founder of this system,
which means "great vehicle." Nagarjuna is reported in
their books to have lived in the southern parts of India,
four hundred years after the death of the Buddha Sa-
kyamuni or according to Westergaards calculation in the
first century a.d.; the sacred books of the Southern
Buddhists give the second century B.C.1 The Tibetan
historiograph Taranatha, however, is of opinion, that the
most important Mahayana books had already appeared

1 See p. 7.—The Tibetans are decidedly wrong in consideringNagarjuna as the
author of the numerous Mahayana writings; for the treatises which they refer to
him are ascribed in the Chinese translations to other authors. According
to Wassiljew's opinion he is most probably a mythological personage, without
any real existence; in which case we should have to regard Nagarjuna as
the generic name of the various authors who wrote upon the Mahayana
doctrine before the time of Aryasanga. See his " Buddhismus," pp. 140, 219.