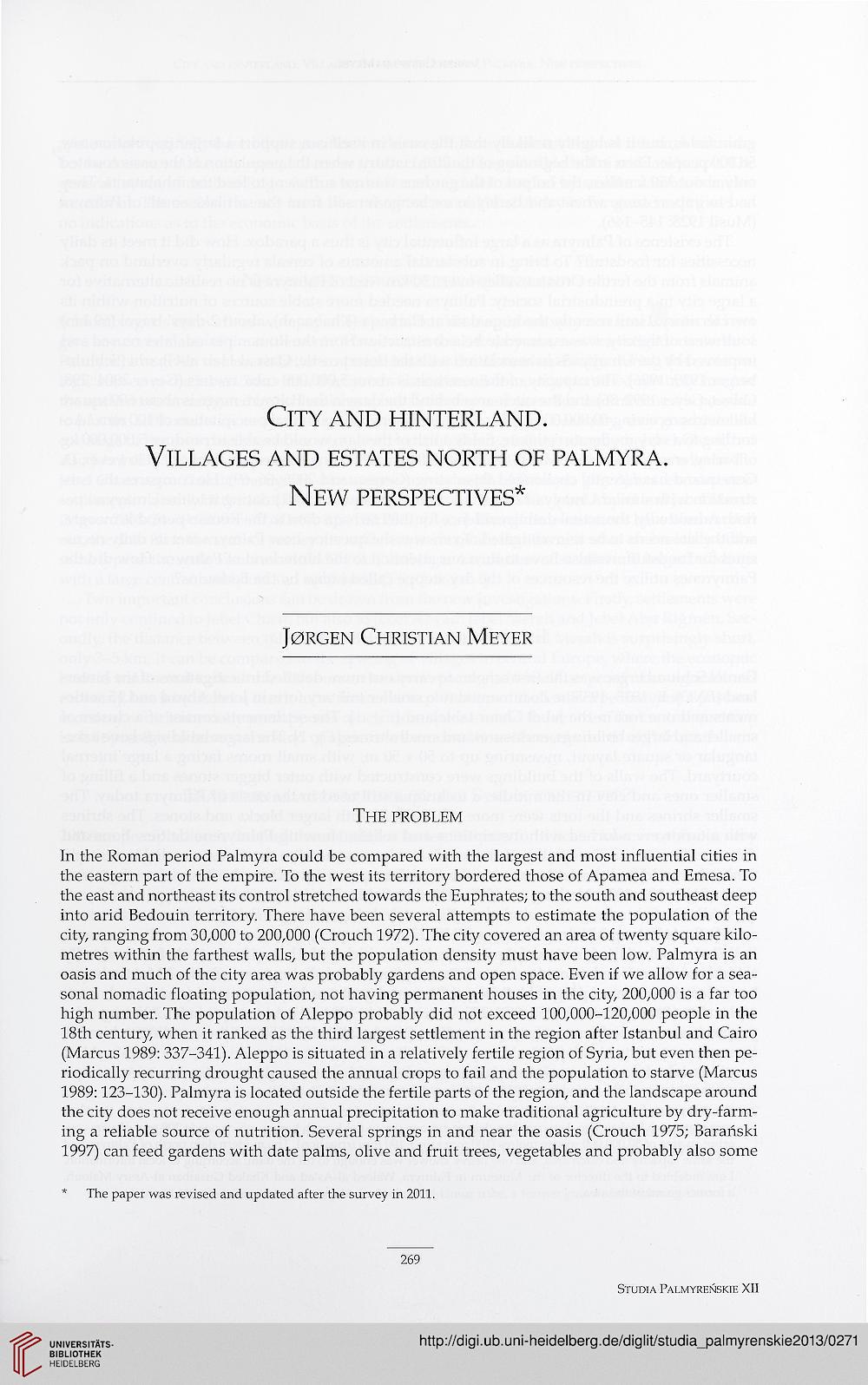 VlLLAGES AND ESTATES NORTH OF PALMYRA.

In the Roman period Palmyra could be compared with the largest and most influential cities in
the eastern part of the empire. To the west its territory bordered those of Apamea and Emesa. To
the east and northeast its control stretched towards the Euphrates; to the south and southeast deep
into arid Bedouin territory. There have been several attempts to estimate the population of the
city, ranging from 30,000 to 200,000 (Crouch 1972). The city covered an area of twenty sąuare kilo-
metres within the farthest walls, but the population density must have been Iow. Palmyra is an
oasis and much of the city area was probably gardens and open space. Even if we allow for a sea-
sonal nomadic floating population, not having permanent houses in the city, 200,000 is a far too
high number. The population of Aleppo probably did not exceed 100,000-120,000 people in the
18th century, when it ranked as the third largest settlement in the region after Istanbul and Cairo
(Marcus 1989: 337-341). Aleppo is situated in a relatively fertile region of Syria, but even then pe-
riodically recurring drought caused the annual crops to fail and the population to starve (Marcus
1989:123-130). Palmyra is located outside the fertile parts of the region, and the landscape around
the city does not receive enough annual precipitation to make traditional agriculture by dry-farm-
ing a reliable source of nutrition. Several springs in and near the oasis (Crouch 1975; Barański
1997) can feed gardens with datę palms, olive and fruit trees, vegetables and probably also some

* The paper was revised and updated after the survey in 2011.