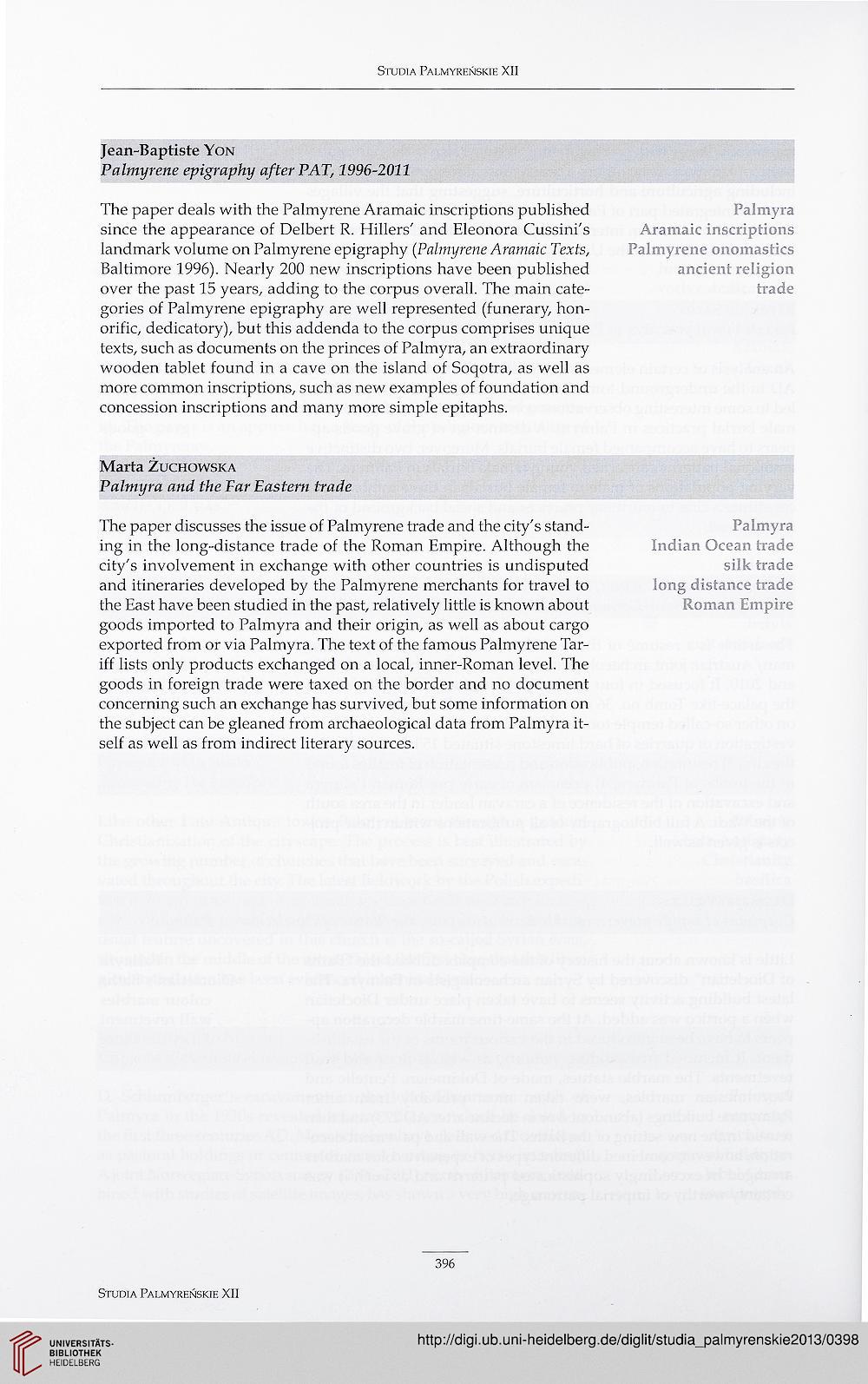 The paper deals with the Palmyrene Aramaic inscriptions published
sińce the appearance of Delbert R. Hillers' and Eleonora Cussini's
landmark volume on Palmyrene epigraphy (Palmyrene Aramaic Texts,
Baltimore 1996). Nearly 200 new inscriptions have been published
over the past 15 years, adding to the corpus overall. The main cate-
gories of Palmyrene epigraphy are well represented (funerary hon-
orific, dedicatory), but this addenda to the corpus comprises uniąue
texts, such as documents on the princes of Palmyra, an extraordinary
wooden tablet found in a cave on the island of Soqotra, as well as
morę common inscriptions, such as new examples of foundation and
concession inscriptions and many morę simple epitaphs.

Palmyra and the Far Eastem trade

The paper discusses the issue of Palmyrene trade and the city's stand-
ing in the long-distance trade of the Roman Empire. Although the
city's involvement in exchange with other countries is undisputed
and itineraries developed by the Palmyrene merchants for travel to
the East have been studied in the past, relatively little is known about
goods imported to Palmyra and their origin, as well as about cargo
exported from or via Palmyra. The text of the famous Palmyrene Tar-
iff lists only products exchanged on a local, inner-Roman level. The
goods in foreign trade were taxed on the border and no document
concerning such an exchange has survived, but some information on
the subject can be gleaned from archaeological data from Palmyra it-
self as well as from indirect literary sources.