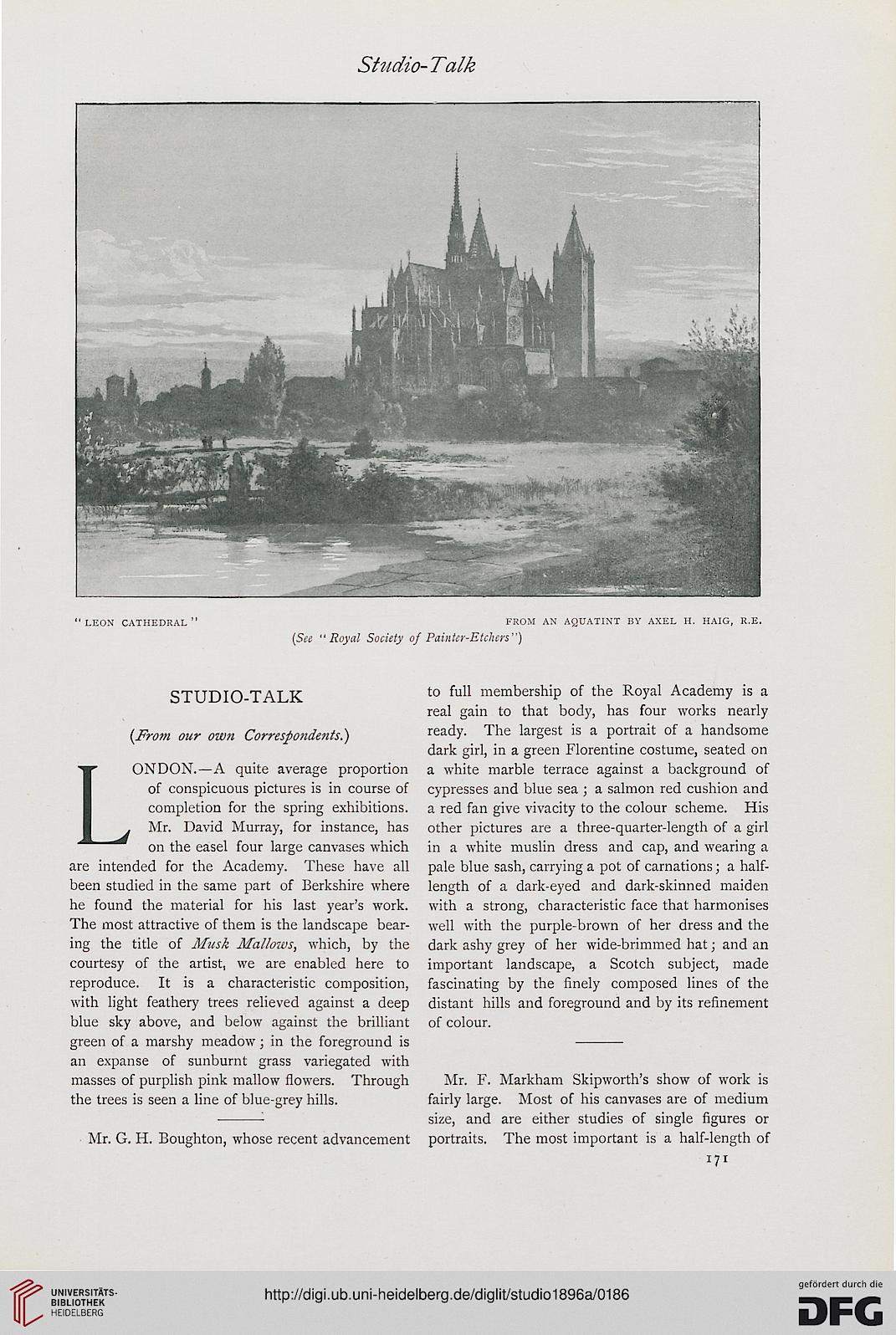 " LEON CATHEDRAL " FROM AN AQUATINT BY AXEL H. HAIG, R.E.

STUDIO-TALK t0 ^ membership of the Royal Academy is a

real gain to that body, has four works nearly

(From our own Correspondents.) ready- The larSest is a portrait of a handsome

dark girl, in a green Florentine costume, seated on

LONDON.—A quite average proportion a white marble terrace against a background of
of conspicuous pictures is in course of cypresses and blue sea ; a salmon red cushion and
completion for the spring exhibitions, a red fan give vivacity to the colour scheme. His
Mr. David Murray, for instance, has other pictures are a three-quarter-length of a girl
on the easel four large canvases which in a white muslin dress and cap, and wearing a
are intended for the Academy. These have all pale blue sash, carrying a pot of carnations; a half-
been studied in the same part of Berkshire where length of a dark-eyed and dark-skinned maiden
he found the material for his last year's work. with a strong, characteristic face that harmonises
The most attractive of them is the landscape bear- well with the purple-brown of her dress and the
ing the title of Musk Mallows, which, by the dark ashy grey of her wide-brimmed hat; and an
courtesy of the artist, we are enabled here to important landscape, a Scotch subject, made
reproduce. It is a characteristic composition, fascinating by the finely composed lines of the
with light feathery trees relieved against a deep distant hills and foreground and by its refinement
blue sky above, and below against the brilliant of colour.

green of a marshy meadow ; in the foreground is -

an expanse of sunburnt grass variegated with

the trees is seen a line of blue-grey hills. fairly large. Most of his canvases are of medium

-■ size, and are either studies of single figures or

Mr. G. H. Boughton, whose recent advancement portraits. The most important is a half-length of