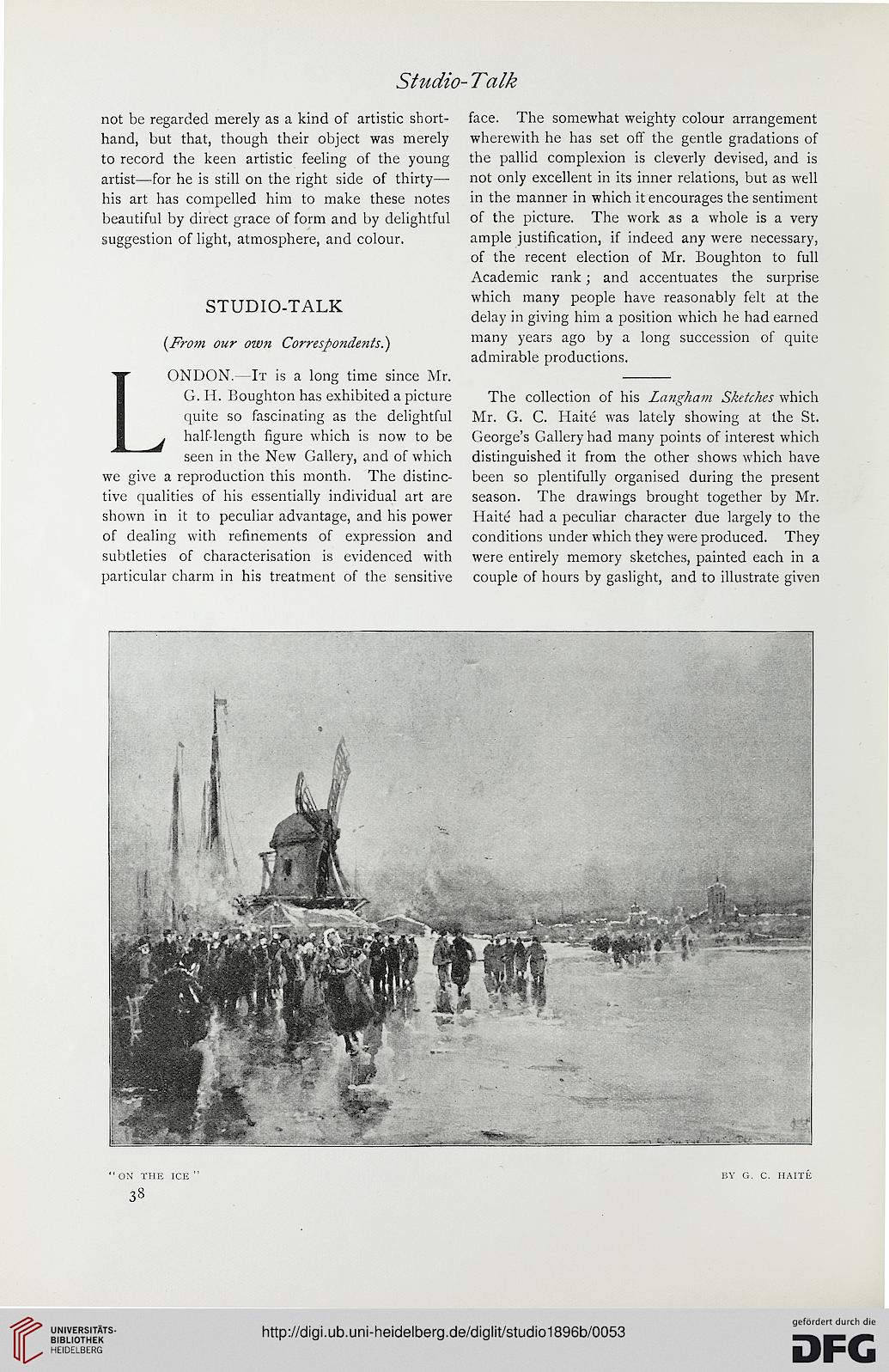 not be regarded merely as a kind of artistic short-
hand, but that, though their object was merely
to record the keen artistic feeling of the young
artist—for he is still on the right side of thirty—
his art has compelled him to make these notes
beautiful by direct grace of form and by delightful
suggestion of light, atmosphere, and colour.

{From our own Correspondents.')

LONDON.—It is a long time since Mr.
G. H. Boughton has exhibited a picture
quite so fascinating as the delightful
half-length figure which is now to be
seen in the New Gallery, and of which
we give a reproduction this month. The distinc-
tive qualities of his essentially individual art are
shown in it to peculiar advantage, and his power
of dealing with refinements of expression and
subtleties of characterisation is evidenced with
particular charm in his treatment of the sensitive

face. The somewhat weighty colour arrangement
wherewith he has set off the gentle gradations of
the pallid complexion is cleverly devised, and is
not only excellent in its inner relations, but as well
in the manner in which it encourages the sentiment
of the picture. The work as a whole is a very
ample justification, if indeed any were necessary,
of the recent election of Mr. Boughton to full
Academic rank; and accentuates the surprise
which many people have reasonably felt at the
delay in giving him a position which he had earned
many years ago by a long succession of quite
admirable productions.

The collection of his Langham Sketches which
Mr. G. C. Haite was lately showing at the St.
George's Gallery had many points of interest which
distinguished it from the other shows which have
been so plentifully organised during the present
season. The drawings brought together by Mr.
Haite had a peculiar character due largely to the
conditions under which they were produced. They
were entirely memory sketches, painted each in a
couple of hours by gaslight, and to illustrate given