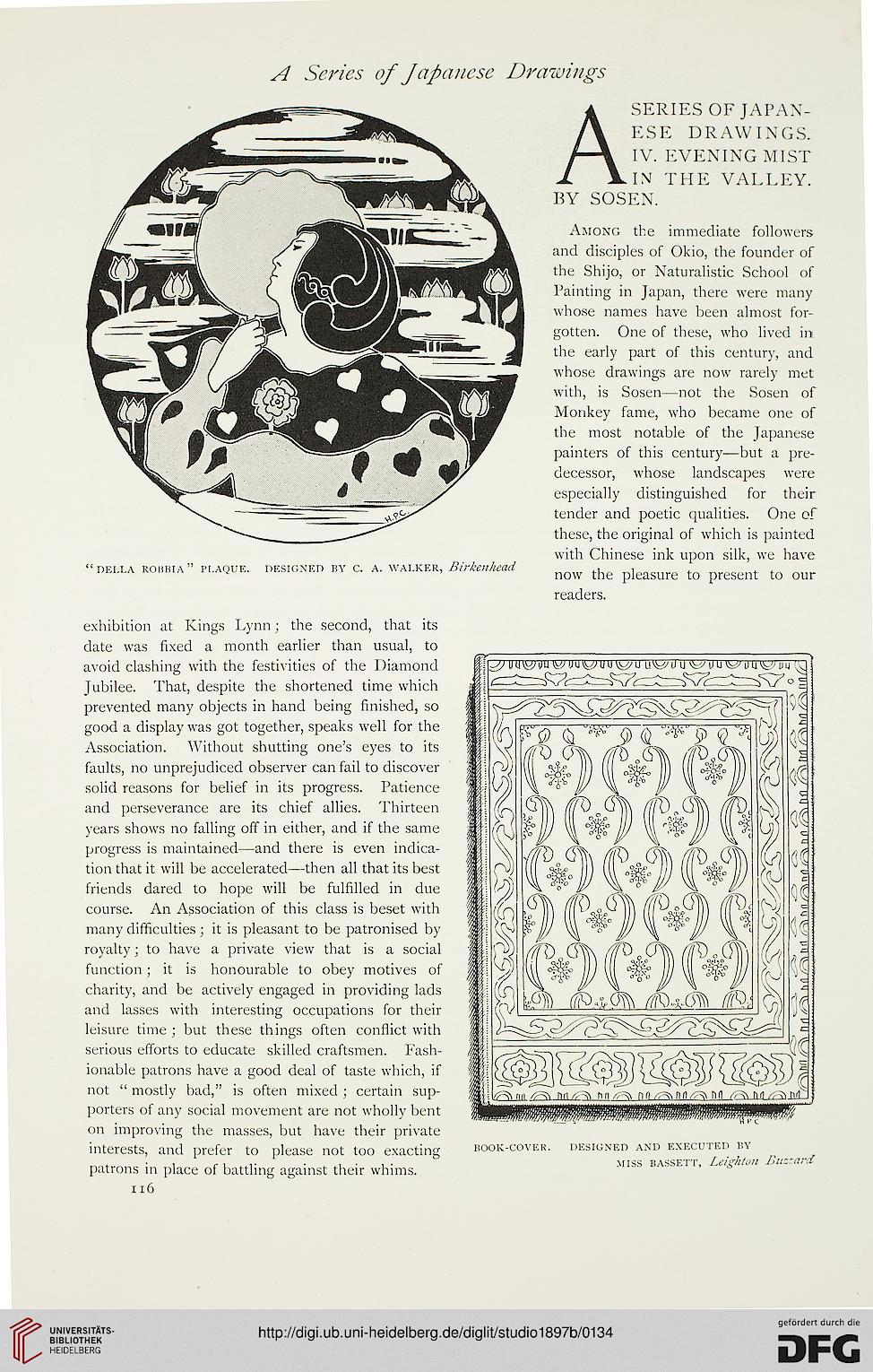 Information about OCR text
A Series of Japanese Drawings

ASERIES OF JAPAN-
ESE DRAWINGS.
IV. EVENING MIST
IN THE VALLEY.
BY SOSEN.

Among the immediate followers
and disciples of Okio, the founder of
the Shijo, or Naturalistic School of
Painting in Japan, there were many
whose names have been almost for-
gotten. One of these, who lived in
the early part of this century, and
whose drawings are now rarely met
with, is Sosen—not the Sosen of
Monkey fame, who became one of
the most notable of the Japanese
painters of this century—but a pre-
decessor, whose landscapes were
especially distinguished for their
tender and poetic qualities. One of
these, the original of which is painted

with Chinese ink upon silk, we have

1 now the pleasure to present to our

exhibition at Kings Lynn; the second, that its
date was fixed a month earlier than usual, to
avoid clashing with the festivities of the Diamond
Jubilee. That, despite the shortened time which
prevented many objects in hand being finished, so
good a display was got together, speaks well for the
Association. Without shutting one's eyes to its
faults, no unprejudiced observer can fail to discover
solid reasons for belief in its progress. Patience
and perseverance are its chief allies. Thirteen
years shows no falling off in either, and if the same
progress is maintained—and there is even indica-
tion that it will be accelerated—then all that its best
friends dared to hope will be fulfilled in due
course. An Association of this class is beset with
many difficulties; it is pleasant to be patronised by
royalty; to have a private view that is a social
function ; it is honourable to obey motives of
charity, and be actively engaged in providing lads
and lasses with interesting occupations for their
leisure time ; but these things often conflict with
serious efforts to educate skilled craftsmen. Fash-
ionable patrons have a good deal of taste which, if
not " mostly bad," is often mixed ; certain sup-
porters of any social movement are not wholly bent
on improving the masses, but have their private

interests, and prefer to please not too exacting book-cover, designed and executed by

patrons in place of battling against their whims.