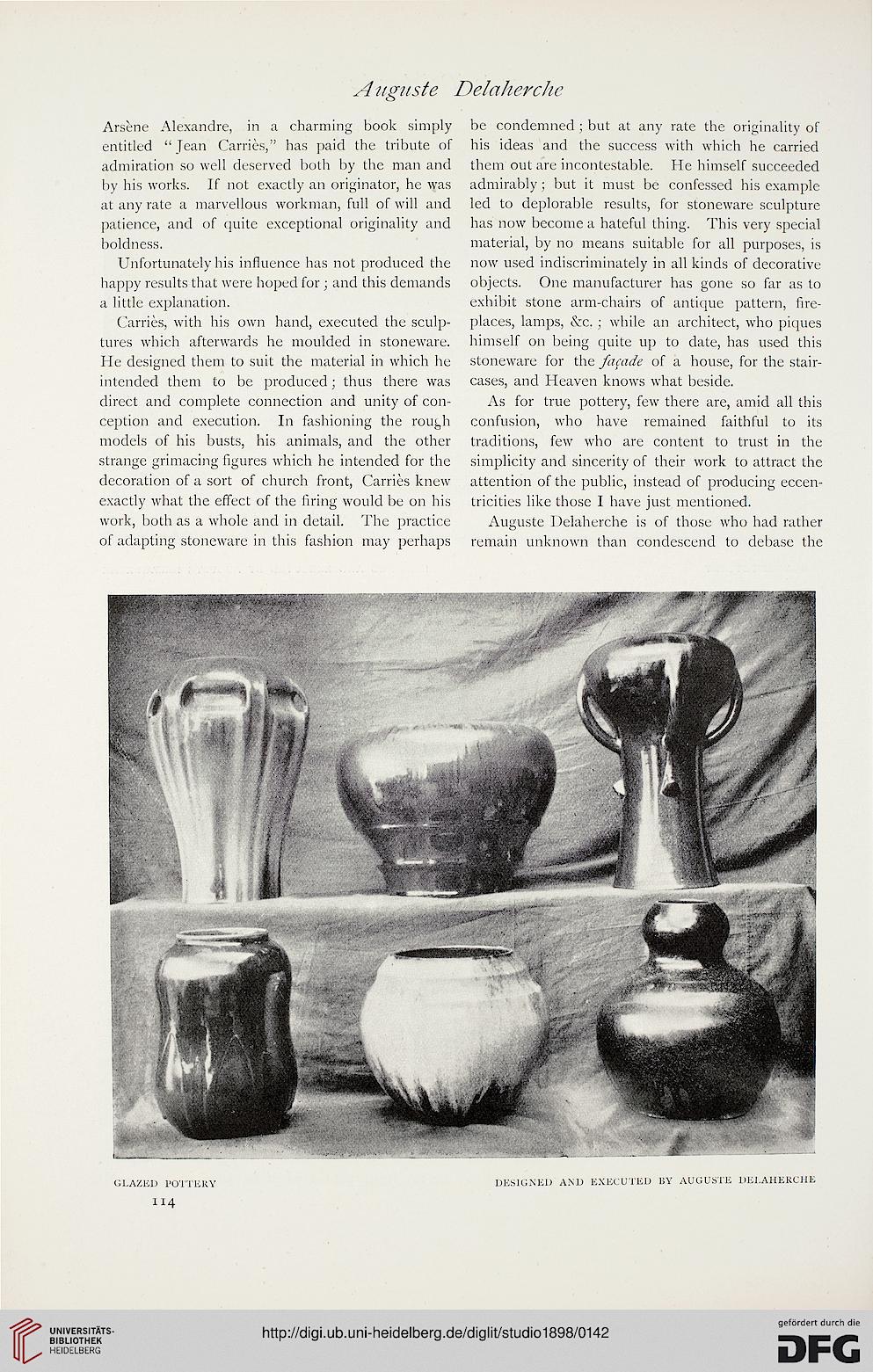 Arsene Alexandre, in a charming book simply be condemned; but at any rate the originality of
entitled " Jean Carries," has paid the tribute of his ideas and the success with which he carried
admiration so well deserved both by the man and them out are incontestable. He himself succeeded
by his works. If not exactly an originator, he was admirably ; but it must be confessed his example
at any rate a marvellous workman, full of will and led to deplorable results, for stoneware sculpture
patience, and of quite exceptional originality and has now become a hateful thing. This very special
boldness. material, by no means suitable for all purposes, is
Unfortunately his influence has not produced the now used indiscriminately in all kinds of decorative
happy results that were hoped for ; and this demands objects. One manufacturer has gone so far as to
a little explanation. exhibit stone arm-chairs of antique pattern, fire-
Carries, with his own hand, executed the sculp- places, lamps, &c. ; while an architect, who piques
tures which afterwards he moulded in stoneware, himself on being quite up to date, has used this
He designed them to suit the material in which he stoneware for the facade of a house, for the stair-
intended them to be produced; thus there was cases, and Heaven knows what beside,
direct and complete connection and unity of con- As for true pottery, few there are, amid all this
ception and execution. In fashioning the rough confusion, who have remained faithful to its
models of his busts, his animals, and the other traditions, few who are content to trust in the
strange grimacing figures which he intended for the simplicity and sincerity of their work to attract the
decoration of a sort of church front, Carries knew attention of the public, instead of producing eccen-
exactly what the effect of the firing would be on his tricities like those I have just mentioned,
work, both as a whole and in detail. The practice Auguste Delaherche is of those who had rather
of adapting stoneware in this fashion may perhaps remain unknown than condescend to debase the